'This Is America,' The Music Video Everyone Is Talking About, Is Full Of Symbolism — Here's How To Unpack It

A reading list to help you untangle the meaning behind Childish Gambino's latest offering.

Warning: This video contains scenes that some viewers may find disturbing.

On Saturday night, Childish Gambino, Donald Glover’s rapper persona, dropped the video for his new song “This is America.” Glover also hosted Saturday Night Live this weekend and performed the song as the show’s musical guest, but it’s the video that people can’t stop talking about — or watching. So far, it’s been viewed more than 51 million times.

Glover is a creative mind in his own stratosphere — the 34-year-old has writing and acting credits on Community, along with three albums and a critically acclaimed show, Atlanta, on FX. His latest video is already being hailed as a culture-shifting work of genius.

The song itself features sounds influenced by church music and trap, wrapped in a deceitfully upbeat tempo as Glover raps, “This is America/Don’t catch you slippin’ up/Look at how I’m livin’ now/ Police be trippin’ now.”

The video, directed by Glover’s longtime collaborator Hiro Murai, is full of dissonance: the camera follows a shirtless, dancing Glover as he all of a sudden shoots a guitarist execution-style one minute into the video, then carefully hands over his gun and continues on into a chaotic mix of dance, burning cars, and an incident reminiscent of the Charleston church shooting. It ends with him running for his life. 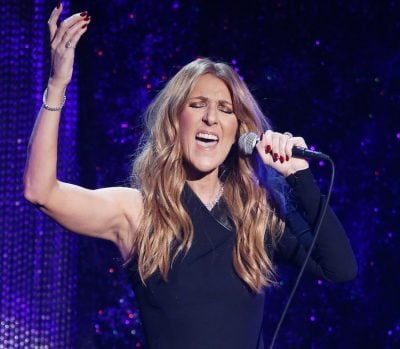 There’s meaning behind every pose he takes, every dance move he makes and every sound layered into the track. Here’s a reading list to help untangle the symbolism in the video, and what it means in this cultural moment:

Rolling Stone: Donald Glover’s ‘This Is America’ Is a Nightmare We Can’t Afford to Look Away From

For Rolling Stone, Tre Johnson considers Glover’s exploration of the relationship of blackness to exploitation and entertainment. He likens the video to other works that process black pain — Beyonce’s album Lemonade, Jordan Peele’s film Get Out and Lena Waithe’s TV show The Chi.

“This Is America’ reflects the desire to use every one of our available platforms to punch at America’s conscience. So we keep recycling our trauma into art, which mainstream America then consumes and judges on the same scale as black entertainers’ less burdened white peers. That tension has been at the heart of countless pop-culture flashpoints: Kendrick Lamar losing the 2014 Best Rap Album Grammy to Macklemore; Lemonade losing 2017’s Album of the Year Grammy to Adele’s 25; the dramatic Oscars finish between Moonlight and La La Land in 2017. It bears repeating that blackness rarely gets the liberty of being free from its circumstances, while the rest of America gets to sit back and be entertained by us. Glover forces us to look at exactly who we are as a result.”

Wired: Childish Gambino’s ‘This Is America’ and the New Shape of Protest Music

Jason Parham, who is senior writer at Wired, casts Glover’s latest track as the beginning of a new wave of resistance.

“‘This Is America’ is successful in the way all art should be: Its meaning wraps around each listener differently, a beautiful, nebulous showpiece with a thousand implications. How Gambino and Murai go about bringing those implications to the surface — turning the suffering and trauma of black people into a cinematic playhouse with no way out — and whether that makes it truly vital, is harder to sift through. (Notice that Gambino’s grim odyssey never takes him beyond the white walls of the warehouse, almost as if he’s trapped.) What ‘This Is America’ ends up becoming is one of the most unconventional protest songs of the modern era.”

The Atlantic: Why the Dancing Makes ‘This Is America’ So Uncomfortable to Watch

Aida Amoako writes about the dissonance between the body and mind watching “This is America.”

“An internal struggle begins in the viewer’s body, which is pulled between joy and horror. Just as the video questions how we can dance when there is pandemonium all around, the audience struggles with whether to continue moving, too, after witnessing such brutality, especially after Glover shoots an entire choir of gospel singers, supposedly in reference to the 2015 murder of nine churchgoers by Dylann Roof in Charleston, South Carolina.”

Time: An Expert’s Take on the Symbolism in Childish Gambino’s Viral ‘This Is America’ Video

Writer Mahita Gajanan consults Guthrie Ramsey, a professor of music history at the University of Pennsylvania, to decode the most significant parts of the video.

“‘He’s talking about the contradictions of trying to get money, the idea of being a black man in America,’ Ramsey says. ‘It comes out of two different sound worlds. Part of the brilliance of the presentation is that you go from this happy major mode of choral singing that we associate with South African choral singing, and then after the first gunshot it moves right into the trap sound.'”

CBC’s The Current: Does Childish Gambino’s ‘This is America’ risk traumatizing victims of gun violence?

On a segment aired Tuesday, host Anna Maria Tremonti spoke with PhD candidate Bedour Alagraa, Ricky Jones, head of the Pan-African Studies at the University of Louisville, and writer and DJ Jordan Sowunmi.

Here’s Alagraa, who studies Africana Studies at Brown University, with her analysis of the use of violence in the video: “The 2015 Charleston massacre is still pretty fresh and the first thing that came to my mind was what if it had been me or my own mother or someone I knew that had survived this massacre and what must it feel like for Donald Glover to take it upon himself, to use it as an artistic cue, without any consideration for the fact that he’s probably going to be re-traumatizing a lot of people who have survived this. And I’m someone who always wants to make sure that whatever artistic productions or especially black expressive cultural productions, remain deeply ethical at their core and I think this was very much not that.”

Complex: The Story Behind Childish Gambino’s Symbolic “This Is America” Dance Choreography

Eric Skelton interviews the video’s choreographer, Sherrie Silver, about the direction she was given and the role of dancing in the video, which featured a variety of styles from around the world, including South Africa’s Gwara Gwara dance.

“There are a lot of dark themes in it, so they wanted us to be the light of the video. You know how kids are innocent and kind of unaware of what’s going on? We were there to smile and bring joy to everyone watching it, because the background is bringing so much darkness and reality. I’ve seen a lot of people online referring to us as ‘the distraction,’ which I find quite interesting. That’s why I loved being a part of this particular project, because a lot of people comment, ‘Completely ignore the dancers and Donald and watch what’s in the background.’ You know, there are two completely different worlds in one scene. Or, three different worlds actually. It’s amazing.”