Actresses are asked to address allegations against Allen while the man himself (and his male stars) faces little scrutiny. 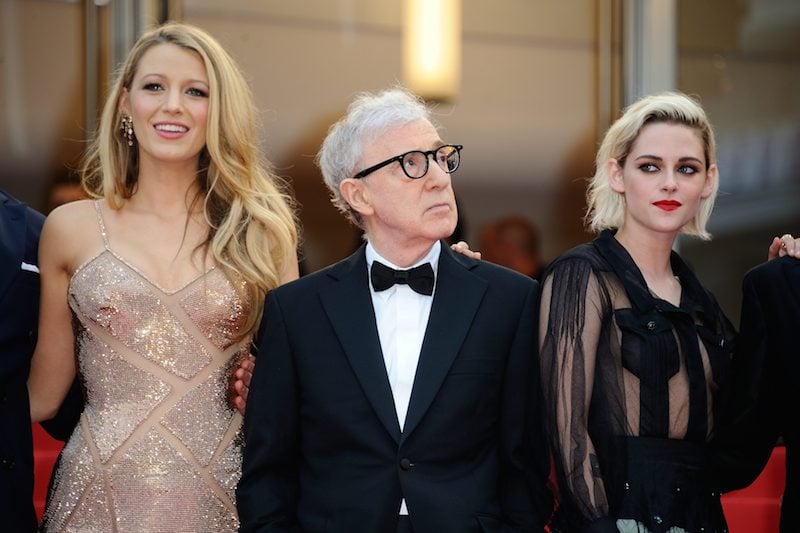 Woody Allen’s latest film, Café Society, opened the Cannes Film Festival last week. An Allen movie is hardly news — he’s made at least one a year since the 1970s, varying in quality from dazzling to dreck — but this year, his presence at the high-profile festival created a minor stir.

Leading up to the premiere, Ronan Farrow, the son of Allen and his ex Mia Farrow, wrote a column for the Hollywood Reporter criticizing the media and the movie industry for long ignoring allegations made by Ronan’s sister Dylan that Allen had molested her when she was a child. The accusations first emerged in 1992, when Dylan was seven, around the same time that Allen admitted he was having an affair with Soon-Yi Previn, Dylan and Ronan’s sister, who was 20 at the time. (Allen was 55.) Dylan publicly spoke about the alleged abuse herself in an open letter in the New York Times in 2014.

Allen has continued to work unfettered: he wins awards, actors gush about how lucky they are to be in his movies and the media has seldom raised the accusations in interviews. His all-around creepiness about women, like his frequent casting of much younger women as his love interest, has been brushed aside in deference to his genius, including a collective shrug over Mariel Hemingway’s revelation that he hit on her in real life after shooting Manhattan, in which she played the teenaged girlfriend of his fortysomething character.

In fact, it’s largely been the people — more specifically, the women — who’ve worked with Allen who’ve faced media scrutiny. Kristen Stewart, who stars in Café Society, was asked by Variety about whether she had reservation about being in Allen’s films. After explaining that she and costar Jesse Eisenberg had a conversation about it, she said, “If we were persecuted for the amount of shit that’s been said about us that’s not true, our lives would be over.” Cate Blanchett and Scarlett Johansson have similarly hedged when challenged about the director, Johansson saying, “It would be ridiculous for me to make any kind of assumption one way or the other.” To be fair, some past male collaborators, like Adrien Brody and Alec Baldwin, have been asked about the allegations against Allen, but not to the degree that women have been questioned. Steve Carell, who is also in Café Society, hasn’t been asked and Eisenberg has since denied ever having a conversation with Stewart about working with the director. 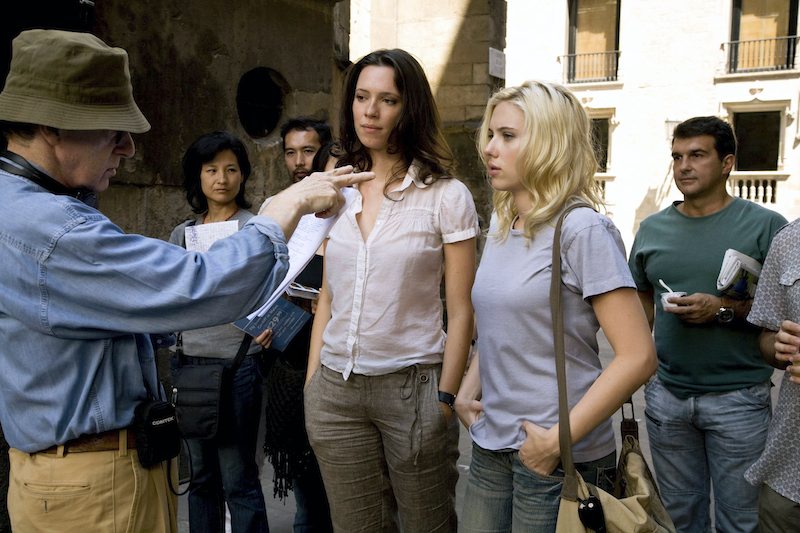 With the current embrace of feminism in pop culture alongside the increasing outspokenness of feminist celebrities like Beyoncé, Amy Schumer, Samantha Bee and Shonda Rhimes, it’s not surprising that women who chose to work with Allen would be asked about it. We expect them to be down for the cause. Dylan Farrow even made a point of singling out more women than men in her open letter, writing, “What if it had been your child, Cate Blanchett? Louis CK? Alec Baldwin? What if it had been you, Emma Stone? Or you, Scarlett Johansson? You knew me when I was a little girl, Diane Keaton. Have you forgotten me?”

The questions may be legitimate, but the burden is unfairly placed on women to address Allen’s alleged abuse. Stewart is expected to see working with Allen as a moral dilemma while Eisenberg and Carell are not. It makes Allen’s problems with women a problem that women must answer for — a particularly tough bind when women are already underpaid and offered fewer roles and fewer opportunities behind the camera.

Meanwhile, the industry doesn’t seem to care much at all about what powerful men get up to, as long as they continue to make money, or offer some degree of prestige to a studio. Amazon paid $15 million for the rights to stream Café Society after its theatrical release, and the company is also producing a TV series with Allen. The attitude of Baldwin and Brody, who vehemently defend Allen, is typical. When asked about Allen and Bill Cosby, Brody said, “I don’t even read about these things, to be honest. I choose not to indulge this kind of fodder.” And when a French actor hosting the opening of Café Society blithely made a rape joke, he apologized to Allen for potentially embarrassing him. (The actor’s explanation was that the joke was actually about Roman Polanski — because, you know, drugging and raping a 13-year-old child is hilarious.)

Enter Susan Sarandon, who was also in Cannes this year, and who is one of the rare Hollywood stars unwilling to fawn over Allen or to play nice. At an event with Geena Davis honouring the 25th anniversary of Thelma & Louise, Sarandon said, “I have nothing good to say about Woody Allen, so I don’t think we should go there.… I think he sexually assaulted a child, and I don’t think that’s right.”

It’s a typically badass response from Sarandon. It’s too bad others in Hollywood don’t feel they can be as blunt. As Farrow wrote in his column about his father, “that kind of silence isn’t just wrong, it’s dangerous. It sends a message to victims that it’s not worth the anguish of coming forward. It sends a message about who we are as a society, what we’ll overlook, who we’ll ignore, who matters and who doesn’t.”

More columns by Rachel Giese:
Jian Ghomeshi’s apology was no apology at all
Here’s why we need gender-neutral washrooms
‘I hope your boyfriend beats you.’ The PSA every man you know should see