And we've got eight reasons to prove it. 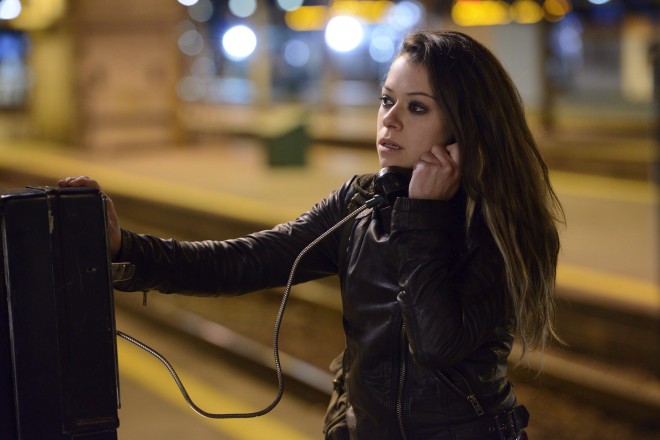 1. She skipped the mani-cam at the SAG awards because, “I didn’t get a manicure…My hands are so dry.”

2. Yet was one of the best-dressed on the red carpet, thanks to her stunning Oscar de la Renta gown, a show-stopping black and white number that paid homage to the late designer.

3. Will soon have a street named after her in Regina, her hometown.

5. Plays 13 different roles — on the cult TV show Orphan Black — better than most actors play one.

6. Watches Gena Rowlands and Peter Falk in a scene from John Cassavetes’ A Woman Under the Influence whenever she needs acting inspiration.

7. Could be the next Star Wars leading lady (if she beats out Rooney Mara).

8. Rarely does interviews. (But we’re dying to talk to her.)