The weird, wonderful and ferocious world of throat-singer Tanya Tagaq 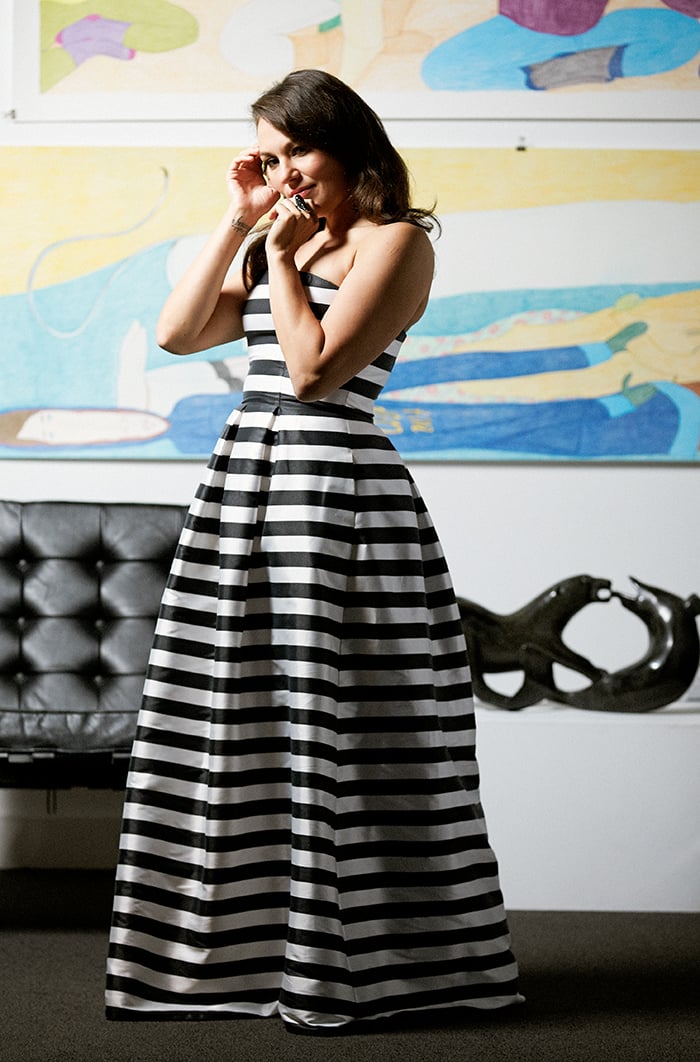 Living sculpture: Tanya Tagaq shows off her flair for the dramatic at one of her favourite galleries in Toronto, Feheley Fine Arts. Drawings by Shuvinai Ashoona. Photo, Roberto Caruso.

When Nunavut-raised throat singer Tanya Tagaq nabbed the 2014 Polaris Music Prize in September, the star-studded crowd on hand for the glitzy gala was stunned. In a competition that pitted her latest album, Animism, against ambitious records by Arcade Fire and Drake, Tanya was considered the long shot — even in her own mind. “I couldn’t feel my feet, but I made them walk up there and take the prize,” she says. “It was all one crazy blur.”

The Polaris win, and its handsome $30,000 purse, thrust Tanya into the limelight, but the footnote to her acceptance speech — in which she urged the audience to eat and wear seal “as much as possible” and dropped the F-bomb on animal rights group PETA — really got people talking. The fracas is disappointing to the musician, who took her frustrations to social media, tweeting: “I had a scrolling screen of 1,200 missing and murdered indigenous women during my Polaris performance, but people are losing their minds over seals.”

It’s not Tanya’s first brush with controversy. Critics have questioned her avant-garde take on the traditional throat singing of her ancestors, with its playful call-and-response vocal game comprising low growling and guttural chanting. “People tried to guide me early in my career, saying, ‘This is too weird, and no one’s ever going to like it,’ ” says Tanya. But she’s unapologetic about her work, and with good reason. Her ferocious one-woman vocal spectacle, set to a genre-bending soundscape of electronica, metal and rock, has snagged her not just the Polaris but three Juno nominations and collaborations with legendary pop star Björk.

Now based in Brandon, Man., Tanya spent her childhood in the small, remote northern town of Cambridge Bay, Nunavut. “I was raised by an environmentalist father — we weren’t allowed to have long, hot showers or waste things. My two brothers and I were taught we were a part of nature.” Tanya has warm memories of the never-ending daylight of northern summers — “You’ll see five-year-olds playing outside at 2 a.m.” — and racing ATVs across the flowering tundra. Whenever she can sneak it into her schedule, she visits her parents back home, often with her two daughters, aged two and 10, in tow.

In order to discover her calling, though, Tanya actually had to leave Nunavut. At 19, she travelled to NSCAD University (Nova Scotia College of Art & Design) to study visual arts. (Yes, she’s also an incredible painter.) In one of the care packages her mother sent, there was a mixtape of throat singing songs that captured her imagination. “I could hear the land in it, and I missed the land so much that I cried for it.” She was hooked and began searching out recordings of her elders’ music and improvising to create her own throat singing style. After graduating from NSCAD and returning home, she made her debut at a community talent show at age 21. 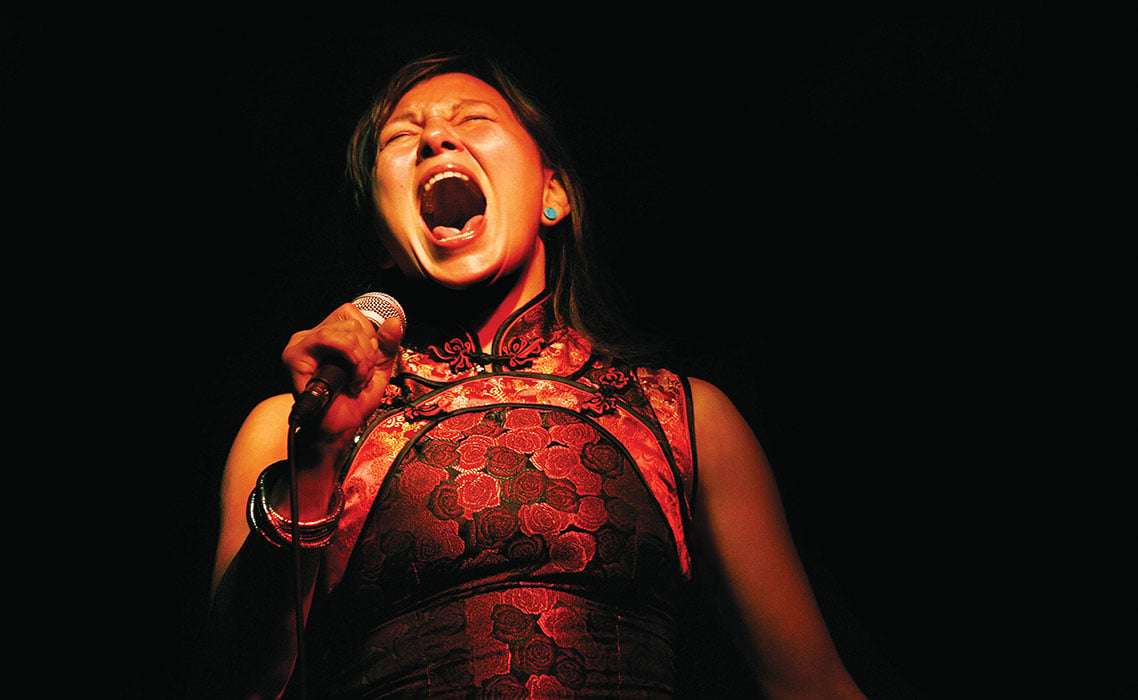 Whether she’s singing or painting, Tanya takes traditional elements of her culture and creates something utterly new.

Since that first performance, Tanya has grown fearless. Adorned in luxe evening gowns, she revels in the fact that her ladylike stage attire is disorienting for her audience. “I really enjoy the juxtaposition of looking regal and then scaring the crap out of everyone with my music,” she says, laughing. Watching her perform, raven hair flipping wildly as her voice roars, is not for the faint of heart. “It’s incredible to get up on stage and be a really fierce woman,” says Tanya, who’s determined to raise her daughters to be just as bold. “In my culture, you name your children after people you’d like them to be like. So I gave my youngest a middle name that means wolverine, because I know this world is hard and I want her to be strong.” Considering her own powerful voice and passionate convictions, Tanya can be confident her daughters already know what it means to be fierce.

Click through the gallery to see some of Tanya’s paintings

My proudest moment was . . .
giving birth to my daughters. Those were by far the most interesting experiences of my life, walking the line between life and death. It was my crowning moment — pun intended.

My favourite moment of the day is . . .
when the coffee kicks in.

My guiltiest pleasure is . . .
indulging fantasies of giving internet trolls what they deserve.

My favourite quote is . . .
“Take kindly the counsel of the years, gracefully surrendering the things of youth” (“Desiderata” by Max Ehrmann).

When I was growing up, my parents would describe me as . . .
random, erratic and fickle. Perhaps also terrible.

“It’s the most peaceful place in the world.”

Books
“My favourite is Three Day Road by Joseph Boyden.”

Van Morrison’s Astral Weeks
“I love the weirder stuff he does. I listen to him all the time.”

Airplanes
“My secret ritual is to pretend I’m in a time machine to combat jet lag. I also enjoy the secret cocoon you get to go into while confined to your seat.”

Arctic Char
“There is nothing like eating a freshly caught fish.”