These seven events have the biggest names and the fanciest amenities. 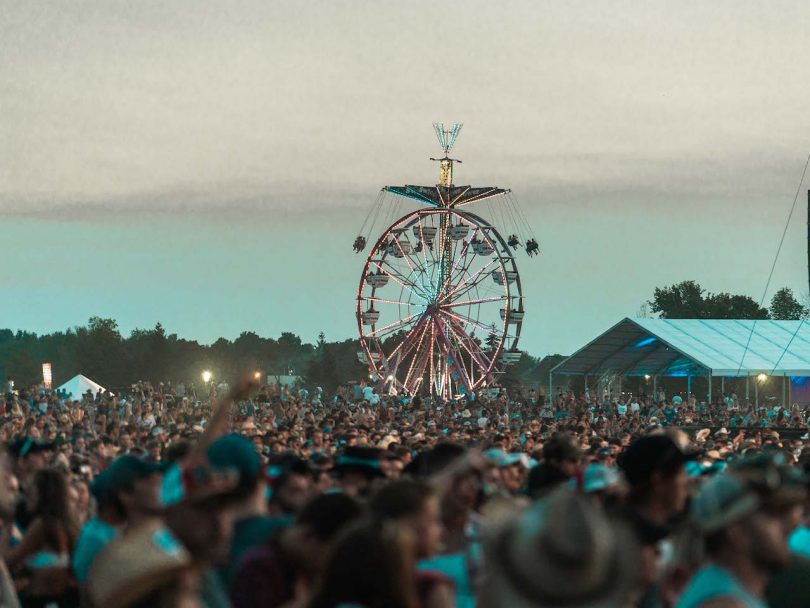 Music festivals are an essential part of summer. But no one looks forward to endless lineups, crowd-induced claustrophobia and washrooms that look like war zones. These are the best of Canada’s summer fests, including VIP and upgrade options if you’d prefer to avoid the porta-potty queue

Who: Blue Rodeo, Tribe Called Red, Charlotte Day Wilson and Bahamas are the biggest names on the CanCon-heavy slate at this chill weekend event in a leafy downtown park.
Where and when: Victoria Park, Regina, August 9–11
Upgrades: There are no VIP options, but you probably don’t need them. This grown-up-friendly fest is chill, both figuratively and literally—as in cooling mist and water-refill stations.

Who: 1, 2, 3, 4—Feist and also many more (William Prince, Lord Huron, Dan Mangan).
When and where: Deer Lake Park, Burnaby, B.C., August 10
Upgrades: VIPs? More like VIKs. The event is free for under-12s (when booked in advance) and includes a kid zone with—phew!—plenty of porta-potties.

Who: At this sprawling, multi-stage event, the blues now take a back seat to pop and rock. The lineup is heavy with ’90s nostalgia, including Snoop Dog, Backstreet Boys and the Offspring. Plus, the Killers, Pussy Riot, the Psychedelic Furs, the Sheepdogs and Jessie Reyez.
Where and when: LeBreton Flats Park on the grounds of the Canadian War Museum, Ottawa, July 4–14
Upgrades: The High Roller package provides access to an elevated stage area, an à la carte menu and private washrooms.

Who: Carrie Underwood, Eric Church, Russell Dickerson and hometown hero Ben Chase will kick up their boots, with the Gulf of St. Lawrence as the backdrop.
Where and when: Cavendish Beach, P.E.I., July 5–7
Upgrades: With the SunRoof Weekend package, you can watch the stage from a rooftop patio to the left of the Bell Main Stage, with private washrooms, premium bar service and one free meal per day.

Who: Childish Gambino, the Lumineers, Janelle Monáe, Tame Impala and Metric are some of the biggest names at this fest.
Where and when: Parc Jean-Drapeau, Montreal, August 2–4
Upgrades: Gold Pass access to the covered Osheaga Viewing Terrace (with washrooms and bar service) will be an especially key perk if the weather doesn’t co-operate.

Who: Blondie, Billy Idol, Kid Rock, Nickelback and some other bands that don’t travel with an emergency bottle of peroxide (Collective Soul, Alice Cooper, Peter Frampton).
Where and when: Edenvale Airport grounds, Stayner, Ont., July 11–13
Upgrades: A premium bar, luxe washrooms and front-of-stage viewing are included in the VIP package.