Plus, how closely did it follow what really happened? 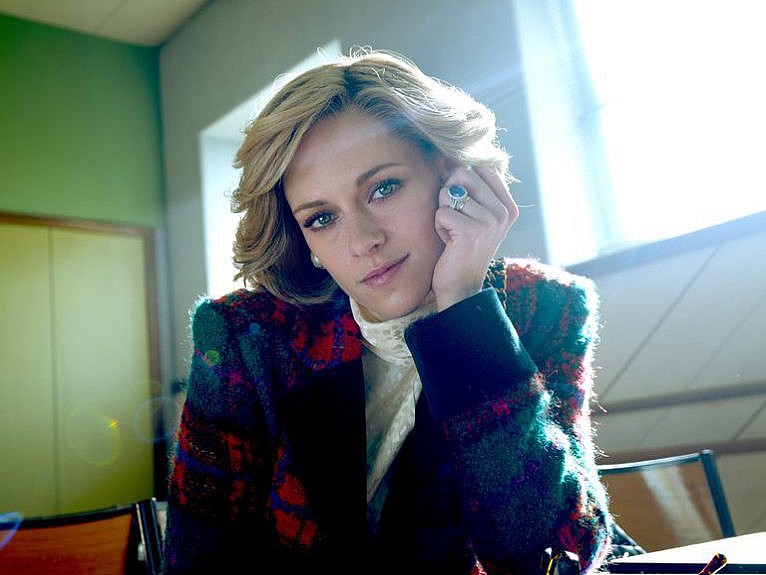 The film Spencer labels itself, “A fable from a true tragedy.” It focuses on Diana, Princess of Wales, during three days when the royal family gathers for the Christmas holidays in 1991 at the Queen’s private estate of Sandringham. That holiday is one of Elizabeth II’s favourites, as it’s one of the few times in the year when much of her extended family is together.

Nothing of note happens during those three days, but trouble is certainly brewing. Diana’s marriage to Prince Charles is cracking under the pressure of time—which exposed how ill-suited they were for each other—as well as adultery (committed by both Charles and Diana) and the constant grinding attention of the media and populus. And the impact of those strains is the focus of this feature film.

Spencer is a gorgeously surreal drama. Director Pablo Larraín (Jackie) distills the concept of a biopic down to its essence: the main character. The film’s focus is Diana’s world view, dropping the viewer into her hallucinations and sudden mood swings, with a soundtrack of discordant music emphasizing the unsettled atmosphere at Sandringham. The bones for a great film are there: Its cinematography is spectacular, while the direction and production design are clever. But somehow the result is weirdly boring and unsatisfying.

Actress Kristen Stewart is a doe-eyed yet troubled Diana. She’s got the eyes and the voice perfect, as well as the way Diana walked. But her acting feels overwrought and unconvincing. I kept waiting for something deeper than repeated close-ups of her distressed face and clenched fists amid bouts of bulimia and the appearances of a ghostly Anne Boleyn, played by Amy Manson, who is an unsubtle warning of what could await Diana. There is little tension or sense of expectation; the film’s denouement is markedly underwhelming. And even Larraín couldn’t avoid adopting a classic trope: breaking a necklace so that the individual pearls drop and clang with cinematic drama. In reality, pearls are individually knotted onto a string for even cheap, mass-produced necklaces.

Aside from her own mental struggles, the only major foil for Diana is Major Alistair Gregory, played by the wonderful Timothy Spall. He’s supposedly the new equerry for the Queen Mother, then 91, yet is omnipresent at the Queen’s own home, including supervising dinners and security on the estate (umm, that’s not a job for the Queen Mother’s military aide). His real duty appears to be evaluating and “handling” Diana, which, it must be pointed out, he doesn’t seem to do successfully.

In the film, Diana’s adult confidants are a male chef and her dresser, Maggie, played by Sally Hawkins. The scenes of just the two women—one an aristocrat searching for herself; the other a servant filled with quiet confidence and joie de vivre—are the highlights of the film. Their relationship overcomes class differences to become a true friendship. Alas, those moments aren’t long in this 111-minute movie, in which Larraín devotes more screen time to the happenings of the grand house’s kitchen and its staff.

Perhaps to keep audiences off balance, Spencer plunges into its fable without any setup, assuming audiences know the basics of the “true tragedy,” which for many comes from watching four seasons of yet another fictional spin on real life, The Crown, on Netflix. That series’ take, in a nutshell, is that the lovely, caring Diana has been ground down by years of ill treatment by her philandering husband and his family, becoming bulimic and self-harming and close to cracking under the pressures of being a member of the House of Windsor.

The reality is far more nuanced. In the months leading up to Spencer’s holiday setting, Diana was secretly helping Andrew Morton write a tell-all book about her life that was part catharsis and part revenge aimed at her husband. The result, Diana: Her True Story—which revealed her eating disorders and suicide attempts as well as confirmed that Charles had returned to his old love, Camilla Parker Bowles—was a bomb lobbed directly at the heir to the throne. Even now, the “story of Diana” that most believe to be true comes from Morton’s account.

In Spencer, most of the royals are consigned to silent tertiary roles, to the point that at first I thought that Gregory the equerry was Prince Philip. And William and Harry appear isolated at Sandringham, deprived of the company of any other young people, such as their cousins, Peter and Zara Phillips (Princess Anne’s children), who would have been there. Surprisingly, Charles doesn’t play the villain but appears trapped, like Diana, in this ancient institution seemingly run by the willpower of servants and staff. And in the end of this film—spoiler alert—it’s Charles who gives Diana her freedom. 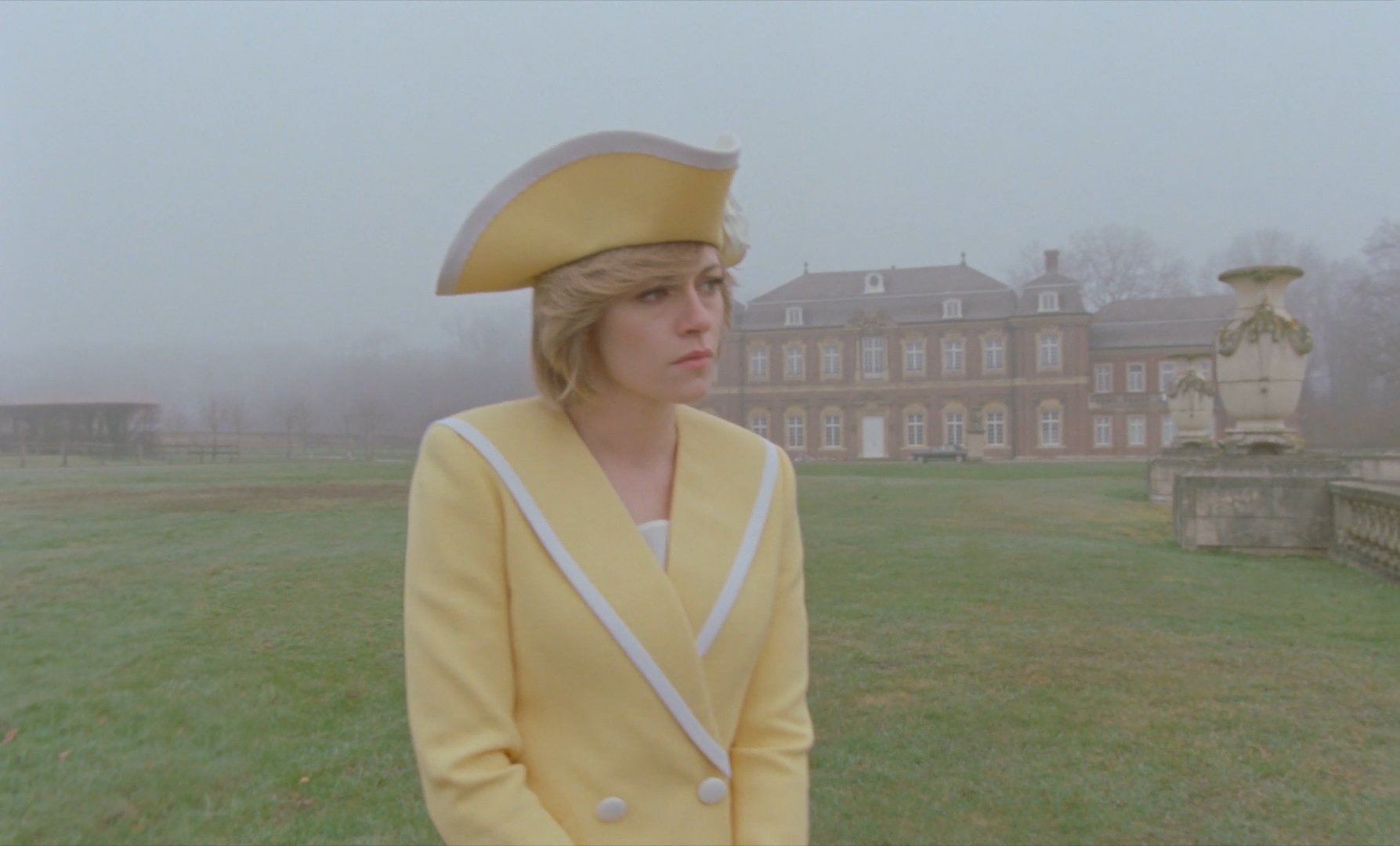 The film’s clothes are definitely taken from the unstylish range of the real Diana’s wardrobe: she wore a version of the veiled black hat and red coat to church on Christmas Day two years later than her counterpart in the film; the dull yellow tricorn hat and sailor suit of Spencer was a transformation of a cheery red version she wore to the Royal Naval College Dartmouth in 1989; and the fussily ornate evening gown is a reference to a 1986 ballerina-inspired design by the Emanuels, who made her wedding dress. (And yes, Diana wore a necklace of humongous pearls to that 1986 event.)

There are odd ambiguities. Diana enters Sandringham complaining loudly of its cold, yet is often seen in filmy blouses and unseasonal clothing (in one scene, she wears what looks like a summer outfit, complete with white shoes, to a family photo session). She muses about having “her face on a coin” when she becomes queen, even though in reality that honour would belong to her husband as monarch. Park House, the rambling mansion on the Sandringham estate where Diana spent her early childhood wasn’t an abandoned ruin—a symbol of her idealized past and destroyed present—but had in fact been transformed into a charitable hotel for disabled people.

For those wondering about the title, Spencer, it’s her family name. Lady Diana Spencer was born into one of Britain’s most famous and powerful families, especially when compared to the comparatively upstart German lineage of the Windsors. After Park House, Diana and her family moved into their stately home, Althorp, which dates back to 1508 and rivals royal palaces and castles with its walls of Old Masters and corridors stuffed with treasures. The implication that runs through Spencer is clear: Diana can only survive if she returns to the confidence and happiness of her pre-marriage life.

Of course, that didn’t happen. In the end, there is an unspoken irony to Spencer. In the film, Diana tries to keep William away from the stuffy royal history and traditions embodied at Sandringham. In reality, William has made no secret of his love of Sandringham: he lived full-time on the estate for several years while his family was young and returned to live there again during much of the pandemic. William talks often of his mother and the influence she had on his life, but he’s also a Windsor, and one increasingly in sync with his father, Charles, when it comes to the future of the monarchy.