The singer-songwriter said she would have voted for Donald Trump if she could have. 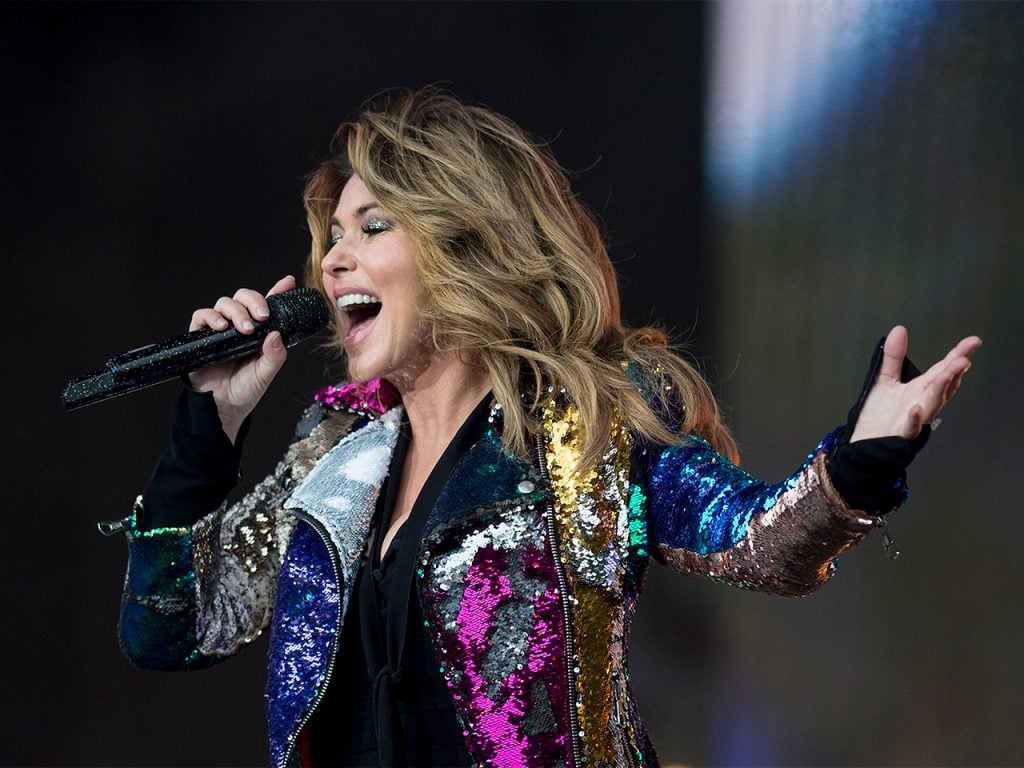 Shania Twain may not think she’s an icon, but most people on this planet would likely disagree. At 52, the singer-songwriter is back in the spotlight with her first album in 15 years and a worldwide tour kicking off in May. Twain’s had massive, cross-genre appeal since her breakout album, Come On Over, in 1997 — and part of her appeal is that she’s down-to-earth enough to attend Canada Day celebrations in Ottawa and also down enough to party with Nicki Minaj and be crowned Queen of Coachella. But her widespread appeal came into question over the weekend when a profile by the Guardian’s Simon Hattenstone set the internet ablaze. In the profile, Twain says she would have voted for Donald Trump if she could have — and while those comments upset many people, there was far more to the interview than that.

Here’s what stood out:

Twain said she would have voted for Trump

After her comments were picked up on Twitter and by media, Twain apologized.

I would like to apologise to anybody I have offended in a recent interview with the Guardian relating to the American President. The question caught me off guard. As a Canadian, I regret answering this unexpected question without giving my response more context (1/4)

The profile focuses heavily on her 10-year-old breakup

A good chunk of the profile is devoted to Twain’s 2008 breakup with former husband and producer Mutt Lange, who had an affair with her best friend, Marie-Anne Thiebaud. Twain later married Thiebaud’s ex, Frederic, and makes clear that she has no love for Marie-Anne, whom she avoids.

Sure, the breakup is a remarkable story, and one that must impact Twain on some level since she and Lange are co-parenting their son, Eja, but would a profile of a male rockstar focus on a 10-year-old breakup and how he feels about the person who “replaced” him?

There are multiple mentions of Twain using curse words

The Guardian writer spends a lot of time in the article probing Twain’s negative feelings toward Marie-Anne — although, should it really be a surprise that Twain never wants to see her ex-friend again? She talks about getting out some of her aggression toward Marie-Anne, using the C-word and the F-word. “If I’m really angry, I’ll say ‘f–k’ a lot. And, if I’m writing, that word will be in every line. There was one song I wrote about my cheating friend and there was a lot of f–ks in there,” said Twain.

It unsettles Hattenstone when Shania curses: “In the flesh, there is something so wholesome and mumsy about Twain that it comes as a shock when she swears.”

For all the talk of Twain’s Trump comments, most people didn’t seem to pay attention to her most impactful comments. Twain talks at length about her traumatic childhood, which included sexual abuse at the hands of her stepfather, and offers a message for survivors: “I do think it’s important that people understand you can survive these things.”