How (And When!) To Watch The Royal Wedding: A TV Lover's Guide

How to stream, listen, or watch the big day live so you don't miss a thing. 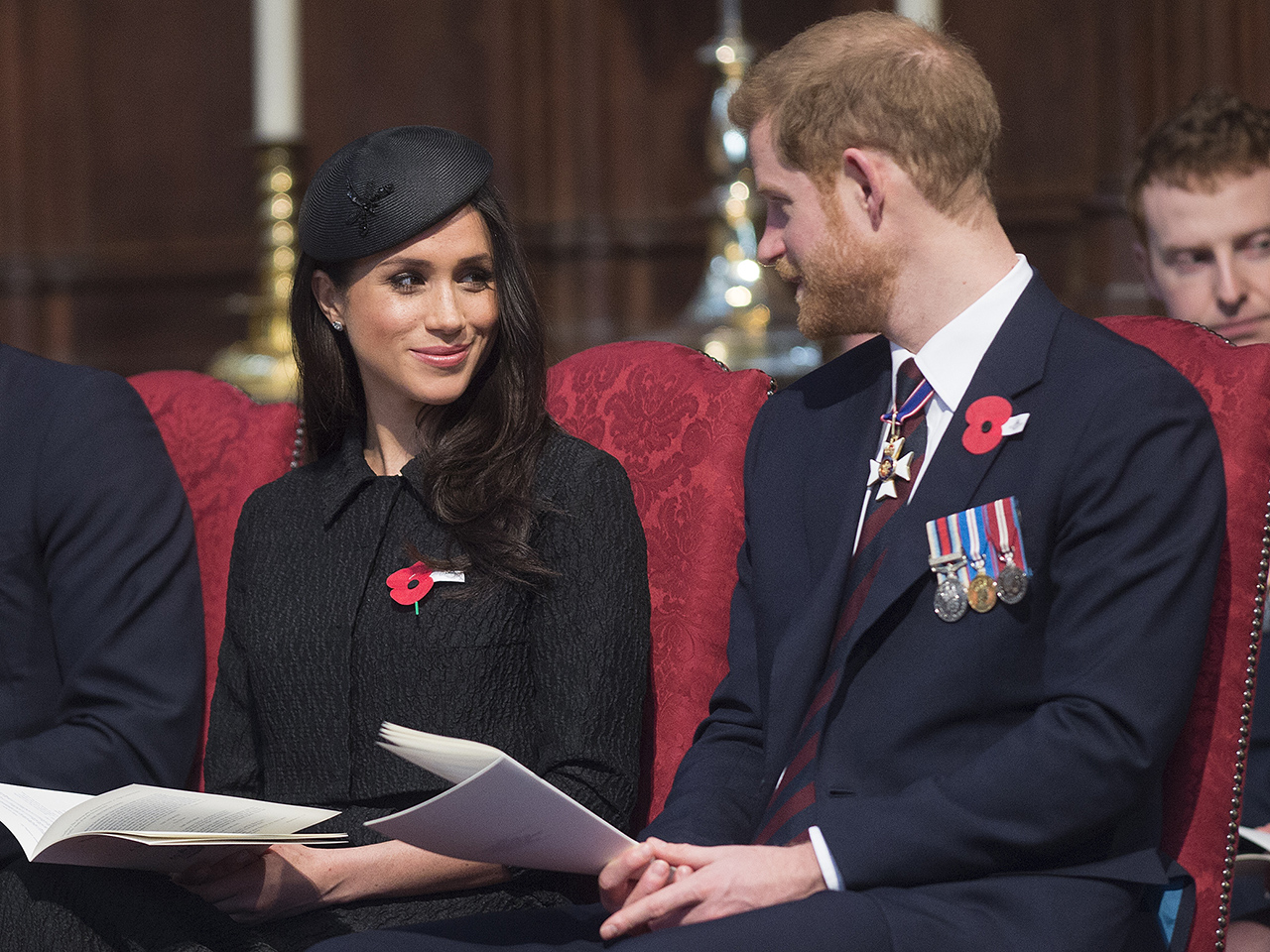 Meghan Markle and Prince Harry’s royal wedding is the moment royal watchers have been waiting for. On Saturday, May 19, everyone from Hollywood A-listers to European royalty to esteemed members of the public will descend on Windsor Castle for the event of the year. If you’re not lucky enough to have scored a seat in the pews or a spot in the crowd outside of the castle, here’s the lowdown on how you can be a part of their big day, even from the comfort of your own home (just be prepared to get up early, Canada).

The Royal Family’s official YouTube channel will be streaming it, as they did for Prince William and Kate’s nuptials back in 2011. Viewers can also watch the royal wedding on Facebook at The British Monarchy Facebook page. On Twitter, head to @RoyalFamily, @KensingtonRoyal and @ClarenceHouse. On Instagram, check @TheRoyalFamily, @KensingtonRoyal and @ClarenceHouse. CityNews will also be hosting a live stream.

When is the royal wedding?

The ceremony will begin at 7 a.m. ET on Saturday, May 19, but most Canadian broadcasters will start rolling a couple of hours earlier, from 4:30 to 5 a.m. ET to catch the likes of the Beckhams, Priyanka Chopra and adorable Prince George and Princess Charlotte arriving. At 6:15 a.m. ET, Princes Harry and William are expected to arrive. Following the ceremony, at 8 a.m. ET, the newlyweds will embark on an hour-long carriage procession through Windsor before arriving at their first reception at 9 a.m. ET, hosted by the Queen at St George’s Hall. A smaller soiree for family and friends follows in the late afternoon ET, which could go late into the night in U.K. time (William and Kate’s wrapped up at 3 a.m. with a fireworks display).

Prince Harry and Ms. Meghan Markle have selected the Ascot Landau carriage for their procession through Windsor Town after their wedding on May 19th. The carriage is one of five Ascot Landaus in the Royal Mews. The carriages are used in official and ceremonial state events, such as Coronations, Royal Weddings and State Visits PA

Will the royal wedding be on TV?

Yes. While televised royal weddings are not a given, Meghan and Harry want everyone to be involved in their big day – even if they are oceans away. “The couple of course want the day to be a special, celebratory moment for their friends and family,” said Kensington Palace in a statement. “They also want the day to be shaped so as to allow members of the public to feel part of the celebrations too and are currently working through ideas for how this might be achieved.”

How can I watch them get married in Canada? Is the wedding on CBC, Global or CTV — and what kind of coverage will it get?

For those in Canada, the CBC will broadcast the nuptials, with former anchor Peter Mansbridge on hand giving commentary alongside host Adrienne Arsenault and royal expert Katie Nicholl. The broadcaster will start its programming at 4 a.m. ET on the big day.

CTV will also broadcast the royal wedding from 4 a.m. ET on CTV, CTV News Channel, and CP24 with live streaming on CTVNews.ca and CP24.com.

Global will have a special, Harry & Meghan: Their Love Story, airing at 4:30 a.m. ET on May 19, then will broadcast the wedding itself live from Windsor with hosts Cheryl Hickey, Sangita Patel and Dawna Friesen starting at 5:30 a.m. ET on the big day.

What if I want to watch the royal wedding with other people? Are there live viewing events in Canada?

There are a bunch of events happening across Canada, including everything from free low-key group viewings to extravagant hotel celebrations only fitting of a royal wedding. You definitely don’t have to watch this grand fete alone if you don’t want to! Our friends over at FLARE have compiled a rundown of the best royal-wedding-watching events from British Columbia to Nova Scotia. 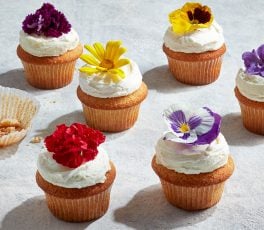 Can I listen to Meghan Markle and Prince Harry get married on the radio?

If you’d rather listen than watch (or do both at the same time!), CHFI 98.1 will have Hello! Canada editor-in-chief Alison Eastwood join Darren & Mo In the Morning for a very special royal wedding edition of the popular show (6-10 am EST). Outside Toronto you can tune in at chfi.com or by using the Radioplayer Canada app. CBC Radio will also be airing the wedding, starting at 6 a.m. ET.

Where is the royal wedding happening?

The couple will exchange vows at St. George’s Chapel, Windsor Castle, joining a huge roster of royals who have said “I do” in the historic location. Harry’s father, Prince Charles, and his stepmother Camilla, Duchess of Cornwall, also got married there. In the fall, his cousin Princess Eugenie will wed Jack Brooksbank in the same location. The royal borough of Windsor is 50 kilometres west of London and just a 15-minute drive from Heathrow Airport.

How much will the royal wedding cost?

UK wedding planning app Bridebook has estimated that Meghan and Harry’s royal wedding will cost a staggering $55 million, compared to William and Kate’s nuptials which cost around $34 million. The food — including their modern elderflower lemon cake — is expected to cost $500,000, flowers could ring in at nearly $200,000, another $35,000 for their gilded invitations and upwards of half-a-million dollars for Meghan’s bridal looks (which will reportedly cost less than Kate’s), among other expenses.

It was confirmed that the royal family will pay for Prince Harry and Meghan Markle’s 2018 wedding. The royals will be footing the bill for the church service, the music, the flowers, decorations and the reception following the ceremony. 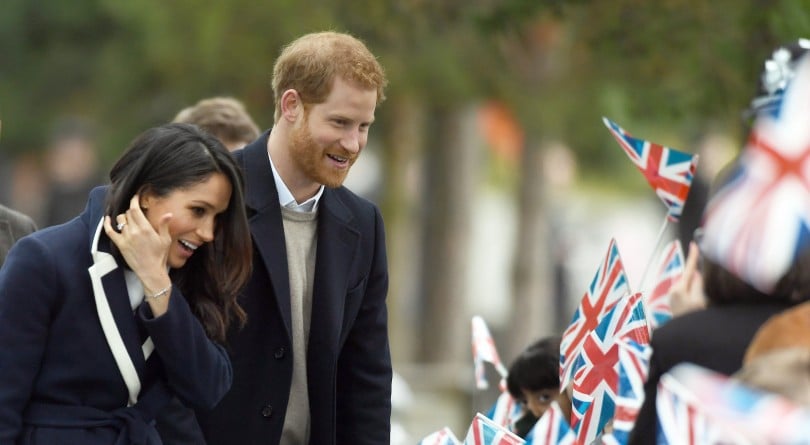 Prince Harry And Meghan Markle: What Happens After The Wedding?

Who will be invited to the royal wedding?

Meghan and Harry both have strong ties with Hollywood. The bride-to-be is a former star of the hit series Suits while her prince has built many A-list relationships through his charity work. So, naturally, their big day will be star-studded. While there’s a lot of speculation going around, a few celebs have confirmed that they’ll be there.

Meghan’s longtime pal Priyanka Chopra will make an appearance, as well as George and Amal Clooney and royal wedding fixtures David and Victoria Beckham. The 36-year-old’s stylist and Toronto bestie Jessica Mulroney will be there along with her family, including her adorable little girl Ivy, 4, who will walk down the aisle as a bridesmaid. Kensington Palace also confirmed the Mulroneys’ seven-year-old twins Brian and John will be part of the royal wedding party as page boys. Expect to see a number of Meghan’s Suits co-stars, too.

With files from Rachel Chen