Creepy computer-generated wizardry can smooth wrinkles, clear up pimples and stretch actors’ bodies to make them appear taller and thinner. 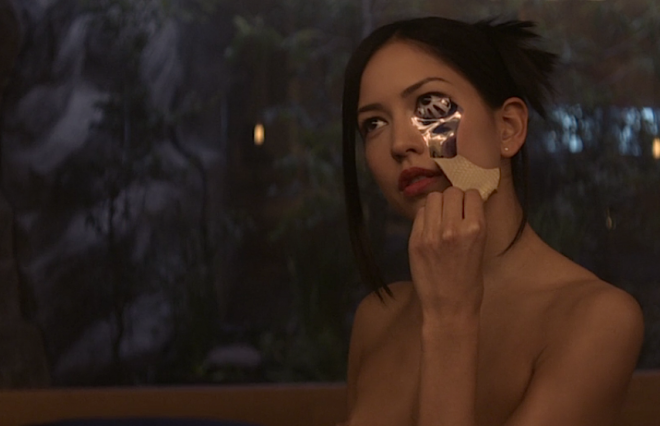 Anyone who saw Star Wars: The Force Awakens can attest: we are living in a golden age of computer-generated imagery. The technology is so sophisticated and advanced that the most fantastical things — alien battles, Quidditch matches, and a baby aging backwards — can be made to look real. And according to an article in New York magazine, CGI is now increasingly being used in film and television for much more mundane and cosmetic feats, like smoothing wrinkles and cellulite, clearing up pimples and stretching actors’ bodies to make them appear taller and thinner.

An industry veteran says this digital plastic surgery is “completely routine.” Beauty work, as this retouching is called, “is budgeted into most shows and films — and is considered such a priority that several industry sources say that they often cut other expenses to afford it.” Edson Williams, one of the pioneers of these techniques, has said a “love scene may not have the same impact if the stars have deep eye bags, rough skin, and puffy cheeks…if you leave the theater thinking your favorite actor has perfect skin and no body fat, then I did my job.”

Hollywood has always spun fictions just as actors have long relied on crash diets, flawless makeup and flattering lighting to transform themselves. But this next-level cosmetic CGI is less fantasy-spinning than fraud.

We watch TV and movies to escape, but we also watch them to relate and connect, and the physical presence of actors is integral to how a story is told. I’d rather be thinking many other things when I’m leaving a theatre — how I was moved, entertained and challenged — than marvelling about the minimal body fat on my favourite actor. In fact, when actors seem too perfect, they become alienating and indistinguishable. It’s the specifics of an actor’s face and body that helps them inhabit a character, and it’s an audience’s faith in the authenticity of what’s being shown that enables them to be drawn into the story.

Related: This is why models need a doctor’s note to work in France

Think about the anger over the casting of Zoe Saldana as Nina Simone in the upcoming biopic Nina. Saldana is a talented actor, but she looks nothing like Simone — and that feels like a mockery to the singer’s legacy, as if Simone needed a makeover to be palatable as a subject. (Adding insult was the revelation that Saldana’s skin was darkened and she was given a prosthetic nose — why didn’t they just cast an actor who actually resembles Simone in the first place?) Simone’s facial features and colouring were integral to who she was and what she meant. As author Ta-Nehisi Coates wrote, “Simone was able to conjure glamour in spite of everything the world said about black women who looked like her. And for that she enjoyed a special place in the pantheon of resistance. That fact doesn’t just have to do with her lyrics or her musicianship, but also how she looked.” He goes on to point out the painful irony that “even today a young Nina Simone would have a hard time being cast in her own biopic.”

Cosmetic CGI effects are another kind of erasure, and one that is insidiously invisible. Digital retouching allows TV and filmmakers to present an altered reality as truth — and not an altered reality of dragons, zombies or aliens, but one of skin without pores or pimples, faces without lines, bodies without flab and humans who never age. As if our standards of beauty weren’t already so weird, biased and cruel, now we are presented with images of people that are possible only on a computer screen. In the New York article, director Nicolas Winding Refn warns that “for the next generation of teenager, it’s going to be hard not to hate yourself a lot more physically, because what we mirror to them is so godlike.”

It’s particularly troubling that this retouching is happening in film and TV when the use of Photoshop in magazines, particularly ones aimed at women, is routinely attacked. Lena Dunham announced last year that she would no longer allow her images to be Photoshopped, bidding “farewell to an era when my body was fair game.” After the uproar over a 2015 cover of InStyle featuring a photo of Kerry Washington in which her skin appeared to have been lightened, just this week, Washington appeared unrecognizable on the cover of Adweek. In a Facebook post, the actor wrote, “It felt strange to look at a picture of myself that is so different from what I look like when I look in the mirror. It’s an unfortunate feeling.”

Hopefully, others will take inspiration from Washington and Dunham in challenging the technical wizardry that distorts what they really look like. At the very least, TV shows and films that use digital retouching should be upfront about what they do, like adding the disclaimer: “No actual human faces or bodies appeared onscreen.”

More columns by Rachel Giese:
How a gender reversal in fat-shaming reveals its absurdity
How race and gender bias creep into your smartphone
Hulk Hogan’s sex tape lawsuit matters more than you think