Forget her trademark dimples. In the new season of True Detective, McAdams plays against type as the tough, unsmiling lead investigator on a murder case. 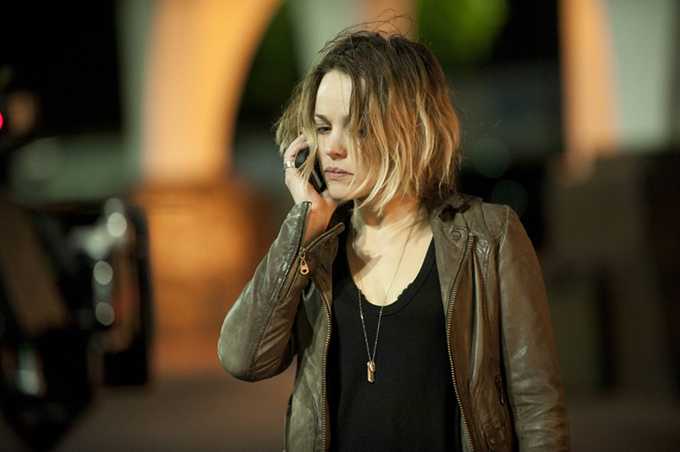 Rachel McAdams can play the love interest with her eyes closed (The Notebook, Wedding Crashers, Time Traveller’s Wife, the list goes on), but we rarely see her break out of those roles. That’s one of reasons the second season of the HBO crime drama True Detective, airing June 21, is so exciting: McAdams plays tough detective Ani Bezzerides, and has 12 episodes to inhabit the character. The other reason: fellow Canadian Taylor Kitsch (aka Tim Riggins) is her co-star. Here’s what we know — and what we like — about Detective Bezzerides.

She’s in charge. Ani is the lead investigator on a city manager’s murder case. Under her is Ray Velcoro (Colin Farrell), a compromised detective from a different county, and Paul Woodrugh (Kitsch), a beat cop who found the body. While none of them really trusts each other, Ani quickly earns the respect of her new partners, shutting down any potential male-cop posturing.

She’s not girlfriend material. While the show may eventually push Ray and Ani together, in the first episodes Ani comes off as an independent badass whose tired of men who don’t take no for an answer. When the guy she’s trying to dump calls her a tease, she responds with “Talk to me like that again, you’re going to need a little baggie to carry your teeth home.” And he believes her.

She has a thing for knives. Ani keeps an impressive collection of blades at her home and on her person. When Ray questions it, she provides a poignant explanation: “Could you do this job if everyone you encountered could physically overpower you? Fundamental difference between the sexes is that one of them can kill the other with their bare hands. Man of any size lays his hands on me, he’s going to bleed out in under a minute.”

She doesn’t do sexy. Bare arms or a couple open buttons on a shirt are about as much skin as you get from McAdams’ character.

Or cute. McAdams makes no use of trademark dimples, smile and giggle on this show. In fact, her character doesn’t smile at all, but rather gives long unflinching stares that convey whether she trusts you or not. Watching Ani and Ray warm up to each other is quiet, intense television.

She’s quick with the one-liners. After a meeting with the brass, in which Ani has been pressed to use her femaleness to get information, her partner asks how they’re treating her. Her response: “Like a cheerleader on an oil rig.”

Related:
The 9 women who’ll dominate the big screen this summer
6 books to read before they become TV series
Jane Fonda and Lily Tomlin deserve better than Grace and Frankie