5 reasons why you should watch The Pursuit Of Love. 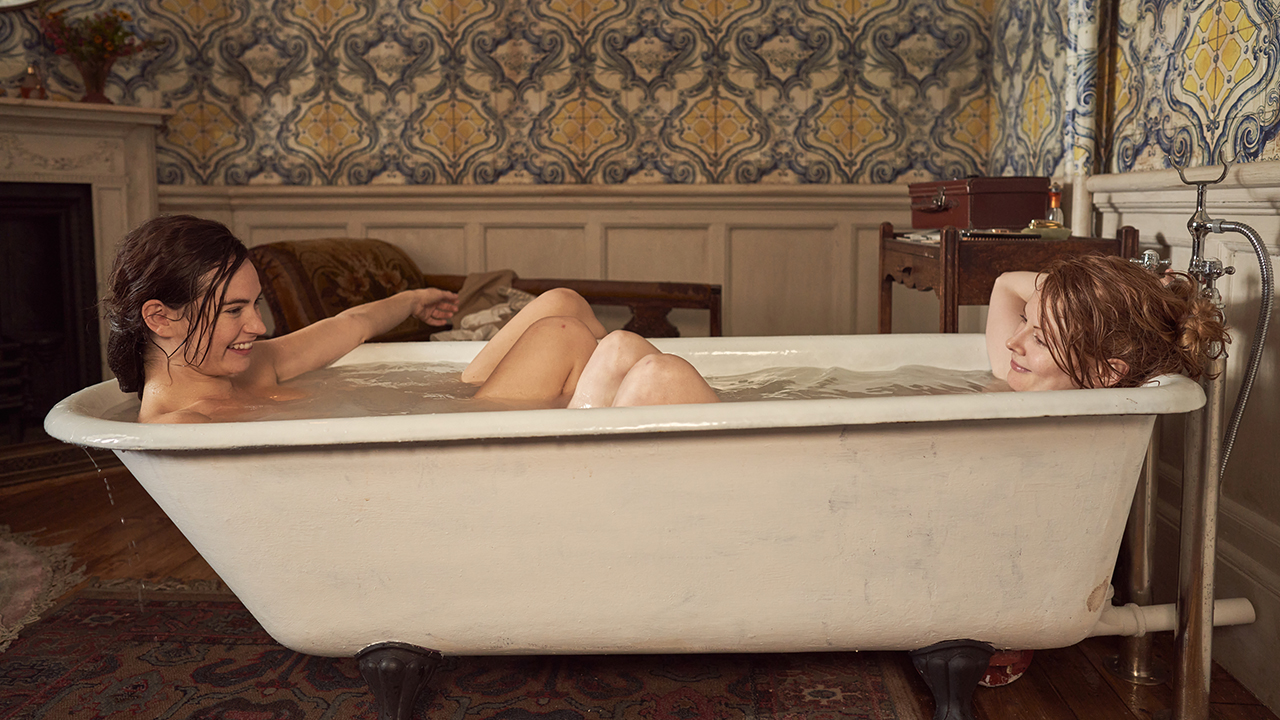 If you’re a sucker for a lavishly produced costume drama with an undercurrent of despair crossed with a side dish of satire, The Pursuit of Love on Prime Video will be your new favourite show.

The mini-series, based on the much-loved 1945 novel by Nancy Mitford, follows the lives of two aristocratic English cousins in the years leading up to World War II—the beautiful, romantic Linda Radlett (Lily James) and her serious cousin and best friend Fanny (Emily Beecham). It’s loosely based on Mitford’s own notorious gaggle of upper-crust siblings who grew up to include a devoted communist, two fascists—one a Hitler-obsessed lunatic who shot herself in the head when war with Germany was declared—and a duchess among them. You know, the usual family stuff.

This adaptation by writer and director Emily Mortimer at first seems like a Bridgerton-esque romp (without, thank god, those slow-mo orgasm faces) but morphs into a frothy modern examination of thwarted female ambition and desire which manages to be equal parts funny and grim. Mortimer puts in a drag-queen-worthy performance as Fanny’s absurd mum, referred to as “Bolter” for her habit of running off with a series of men after she dumps Fanny to be raised by relatives; James sparkles in a character who could easily have been played as a horrible, selfish ninny; and the dishy Dominic West, who you usually see being all sexy-angry in shows like The Wire and The Affair, hams it up as Linda’s eccentric, xenophobic father.

Here are five more reasons you should watch The Pursuit of Love—RN. 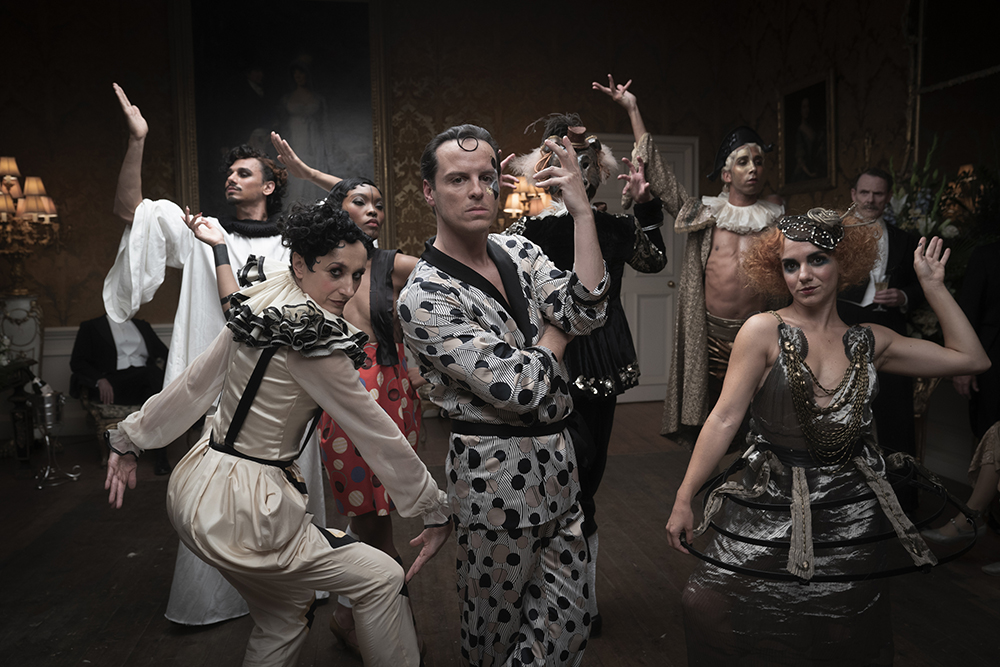 Hi, you had me at Hot Priest

Fleabag’s naughtiest clergyman (Andrew Scott) brings his blistering charisma to the role of Lord Merlin, a dandyish aristocrat who introduces Linda to the intoxicating world of bohemian high society. I mean, who else could toss off lines like “Linda has finally fulfilled the promise of her youth. Her reward for getting older is a magical, haunting sadness of which she is unaware, but which speaks straight to the heart and is the completion of her beauty” and you’re just like: “Ya, what he said.”

While I’m sure Mitford purists are twisting in their tweeds, Mortimer inserts lots of deliciously campy contemporary touches, including music from the likes of T.Rex, Le Tigre, Sleater-Kinney and Cat Power and cheeky screen captions when unknown characters like “Important Person” or, my favourite, “Bitchy Ladies at the Ritz,” appear. 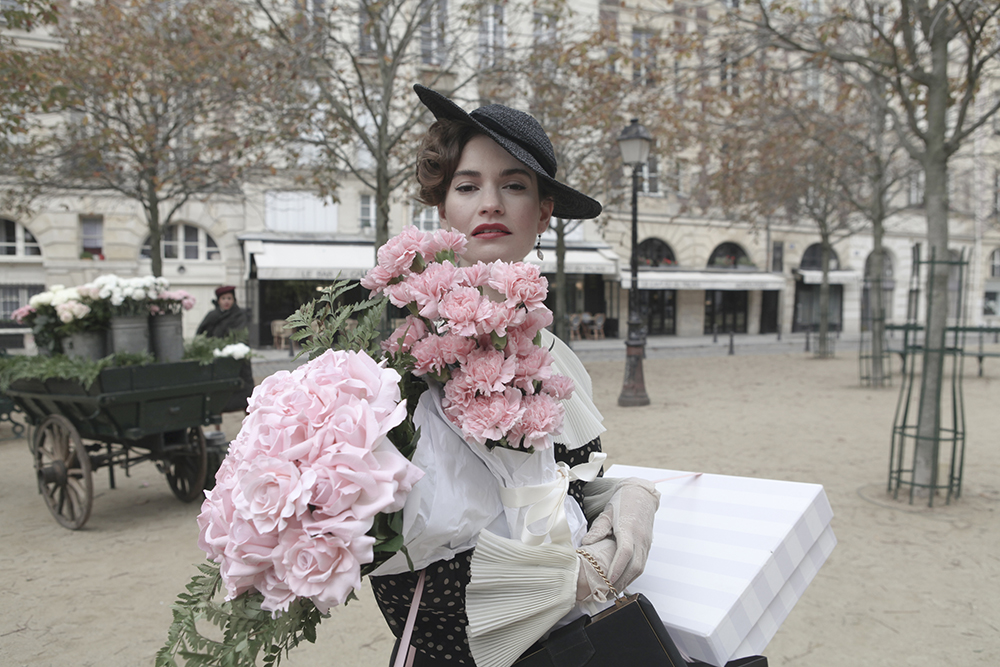 While there aren’t quite as many glorious costume changes in Pursuit as there are in The Marvelous Mrs.Maisel, (spoiler alert!) Linda does undergo a drool-worthy Pretty Woman-by-way-of-Christian-Dior fashion makeover once she lands in Paris. The production design is similarly juicy, with every frame stuffed to its glamorous gills with vintage apartments, sexy speakeasies and fabulous flowers.

A female friendship is at the heart of the story

It’s called The Pursuit of Love, but what kind of love are we really talking about here? While the storyline is driven by the comparisons between Fanny’s ho-hum, stay-at-home mum life and Linda’s dramatic romances with a series of dastardly men, the real love affair in this adaption is the intense best-friend love between Linda and Fanny. “I’m lost without you!” Linda tells Fanny repeatedly (usually right before Linda leaves Fanny behind. Again).

As binges go, this is a fairly moderate one, so you won’t lose what’s left of your precious pre-Delta-lockdown, outside-place time to the teevee machine (don’t worry, we’ll be watching lots of it again by, say, November?)

The Pursuit of Love has already been a huge hit in England, and while there’s no word on another season other than a lot of loud fan clamouring, Mitford did write two sequels, Love in a Cold Climate and Don’t Tell Alfred, so, just like Linda, we can always live in hope.