Prince William and Kate have released two official photos of their baby son — including an adorable one of Prince Louis and Princess Charlotte. 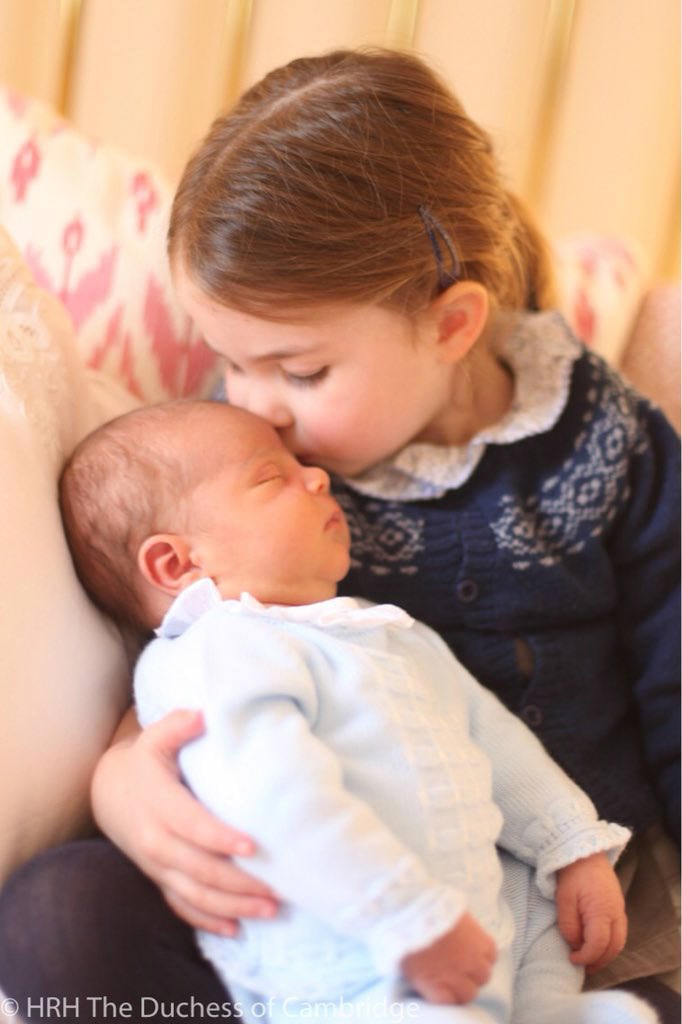 The Duke and Duchess of Cambridge have released two official photos of their son Prince Louis — one by himself and one with his adoring big sister. The pictures were taken by Kate at the family’s home at Kensington Palace.

Along with the photos, William and Catherine released a statement: “The Duke and Duchess would like to thank members of the public for their kind messages following the birth of Prince Louis, and for Princess Charlotte’s third birthday.” 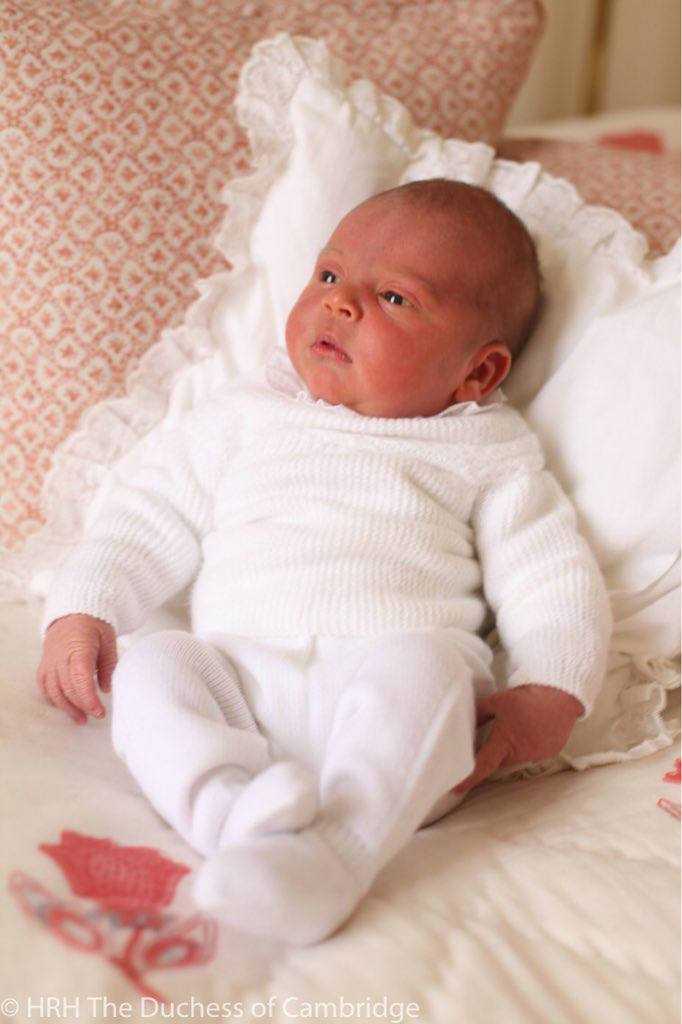 Prince Louis looks so much like his dad in the picture above—the spitting image of him as a baby in fact. The photo of Louis by himself was taken on April 26 when Prince Louis was just three days old.

It looks like Princess Charlotte, wearing a hand-me-down sweater from Prince George, is settling into the role of big sister perfectly and already giving her baby brother lots of love and cuddles. I bet she likes to help Kate change his diaper, too. Charlotte turned three this week and royal fans were upset because William and Kate chose not to release a new photo of her — obviously they knew that this weekend they would be giving us some serious sibling cuteness! The photo of Charlotte and Louis was actually taken on her birthday.

George and Charlotte met their brother for the first time on the day of his birth (April 23), when Prince William brought them to the hospital to see the baby. Charlotte totally stole the show with her waves to the adoring crowds and cameras. 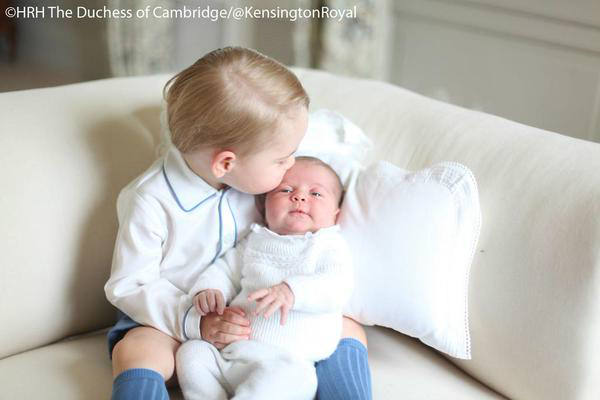 These sweet photos of the royal siblings are very similar to the ones William and Kate released when Charlotte was born — except then it was big brother George giving the kisses. I do wish we got to see George with his baby brother!

We will get to see George and Charlotte in two weeks at the royal wedding where it is expected they will be a part of the bridal party, but there hasn’t been an official announcement on that yet. The palace did announce that Prince Louis will not be attending the wedding. That’s not shocking, but we will miss seeing his cute face. The next time we will see Prince Louis is at his christening this summer.