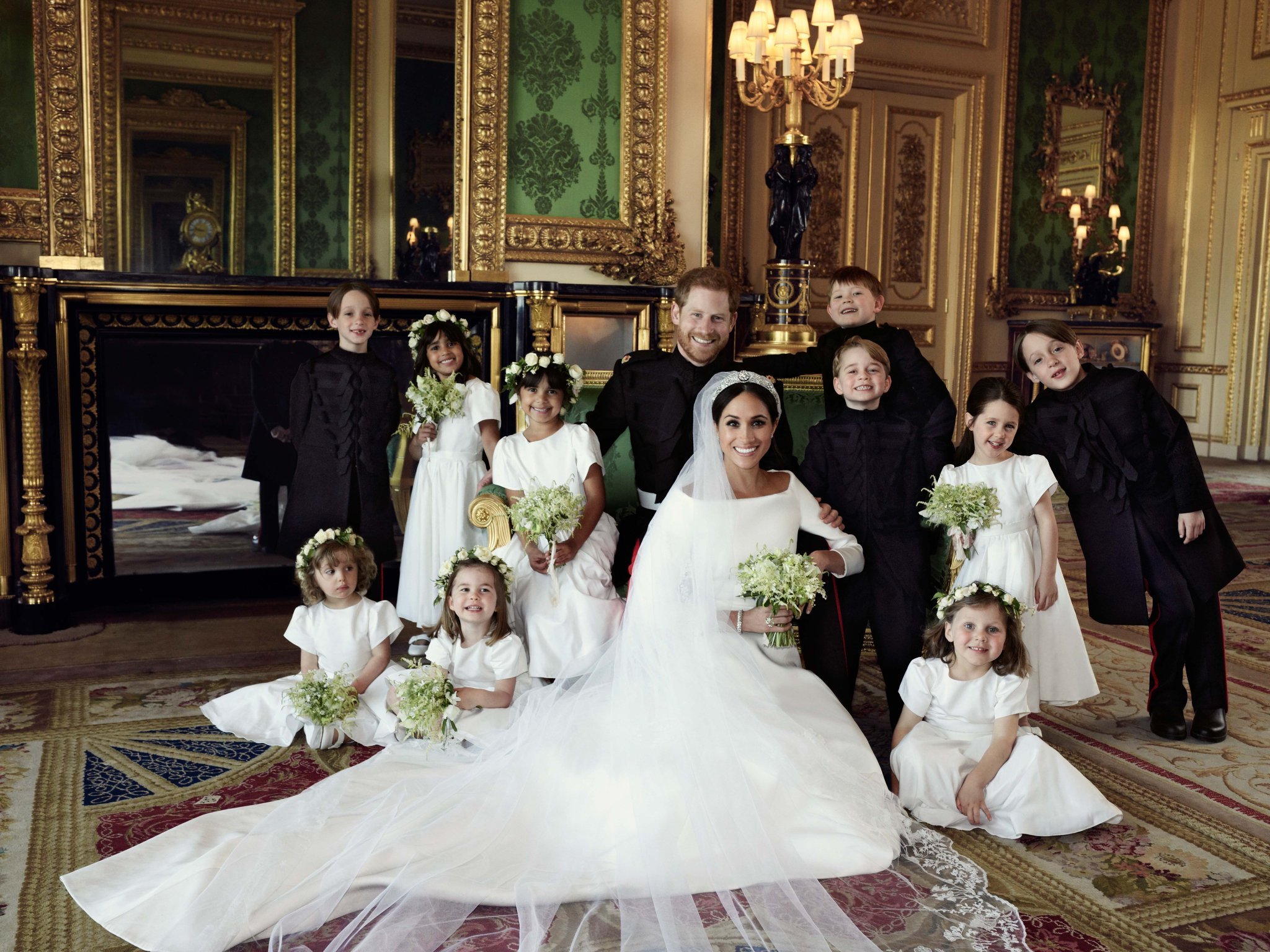 One day, he will be king of England and have castles, Bentleys and (hopefully) a flock of Corgis at his disposal. But for now, all Prince George wants is some Smarties.

Royal Wedding Fashion: The Good, The Bad And The Bloody Awful! As dedicated royal watchers might know, George’s go-to expression is mildly P.O.’d concern. Where his little sister smiles and waves, George frowns (as any 4 year old has every right to do when a bunch of cameras are up in his face). That’s why we were happily surprised to see George baring all of his teeth in the official royal wedding portraits released by Kensington Palace earlier this week. The key to George’s heart, it turns out, is not that different to ours: sweet, sweet sugar.

According to photographer Alexi Lubomirski, a.k.a. the guy who shot all Prince Harry and Meghan Markle’s wedding photographs, George and the rest of the tiny tot bridal crew were bribed throughout the day with handfuls of the candy-coated chocolate delights.*

“I’ve been asked by everybody, ‘How did you control the kids?’ And as we were setting up the big family shots, and I was placing The Duke of Edinburgh and Her Majesty onto their chairs, I could hear the kids started crying in the background and there was some chaos,” Lubomirski told People. “And then I heard this magic word behind me that was Smarties, which is obviously an English Candy, much like M&Ms, and they were being bribed with one Smartie here and one Smartie there. So as soon as the kids came onto the set, I immediately just shouted out, ‘Who likes Smarties?’, and then everybody hands up, smiles, even some of the adults I think put their hands up.”

And according to royal expert Omid Scobie, the promise of Smarties was enough to elicit that gleeful grin from the usually solemn little Prince George during the formal portrait sesh after the ceremony at St George’s Chapel. (Prince Harry looks like he wouldn’t say no to a few Smarties either, TBH.)

.@alexilubo says he got all the kids (and possibly even Harry & Meghan) to grin for their #RoyalWedding portrait by calling out “Who likes Smarties?!” as they had been getting them as treats throughout the day pic.twitter.com/pT4reop0MJ

We recognize that slightly crazed look on George’s face because look we were also sporting it on Saturday — although in our case, the sugar high was from mimosas, scones and jam.

Sweet treats aside, there could be one more reason George was so delighted. The royal wedding marked his first official outing in actual trousers, and I mean, who wouldn’t be excited to wear something besides shorts and knee socks for once in their life?

* Smarties are superior to M&M’s in every way. This is a fact.

PSA: I’m seeing some US followers trash Smarties and it needs to stop.
Firstly: how dare you. And second: The Smarties candy over there is actually called Fizzers here. British Smarties are chocolate sweets in sugar shells (think M&Ms). Best in ice cream or cookies pic.twitter.com/Z4bxJsIa8h