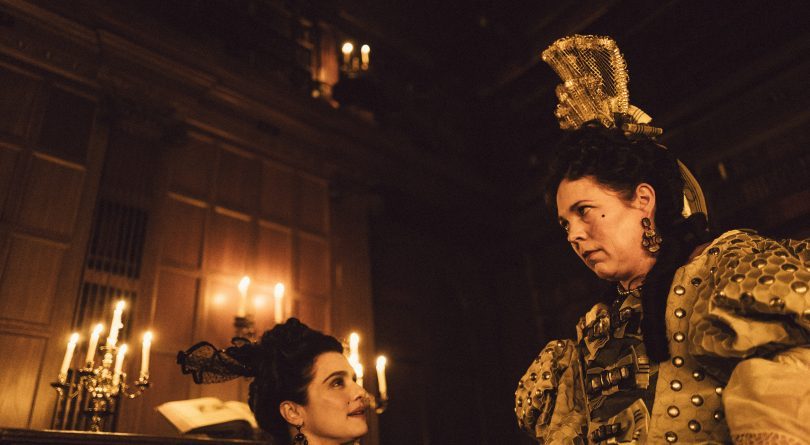 Queen Anne stomping and storming around Hampton Court Palace in The Favourite. Queen Elizabeth I agonizing over whether to order the execution of her cousin in Mary Queen of Scots. Queen Victoria in the pangs of childbirth in the eponymous television series. If it seems as if screens are filled with crowns and thrones recently, your eyes aren’t inventing castles in the air. Audiences are in the middle of a mini-deluge of royal films and series, with up to a dozen or so either currently playing or in various stages of development. “Hollywood loves a royals piece,” says Heather Cocks of the popular Go Fug Yourself site.

And virtually all of them have one thing in common: the main character is female.

That choice to focus on empresses, queens and princesses isn’t by accident. Men ascending thrones has been such a commonplace event in history that it takes something unusual to set those royals apart — such as the mental illness of The Madness of King George or the life-altering stutter of King George VI in The King’s Speech. But women rulers are far, far rarer, and frequently have to fend off male challengers near and far while also doing a “man’s job” in eras that believed women were second-class at best. As Queen Elizabeth I said to her troops, preparing for the imminent invasion of Spanish forces in 1588: “I know I have the body but of a weak and feeble woman; but I have the heart and stomach of a king, and of a king of England, too.” And that conflict and angst make their stories far more interesting when reimagined as fictional dramas.

Right now, two films about monarchs are battling for the throne of the award season: the baroque excess of Queen Anne (Olivia Colman) in The Favourite versus the romantic pathos of Mary, Queen of Scots (Saoirse Ronan) in that film. It’s not unexpected, since donning a crown is often a sure-fire way for actresses to get nominated. And it often pays off: Claire Foy, who played the current monarch, Elizabeth II, in the first two seasons of The Crown on Netflix, won the most recent Emmy for Outstanding Lead Actress in a Drama Series, while the show itself took the Outstanding Drama Series prize in 2017. 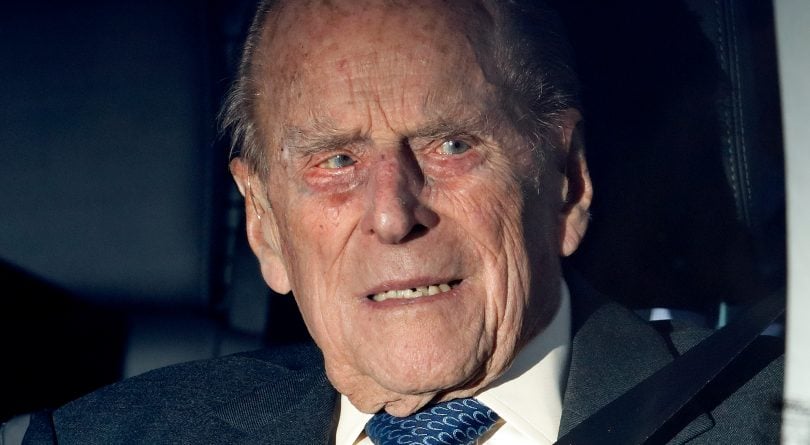 Prince Philip Will Be 98 In June. Should He Still Be Driving?
And that especially seems to hold on the big screen. Just look at Judi Dench, who racked up awards for her two most high-profile regal roles. She snapped up an Oscar for her brief but unforgettable appearance as Elizabeth I in Shakespeare in Love, and got a number of awards (but not the Oscar) for her version of a mourning Queen Victoria in Mrs. Brown. As well, Cate Blanchett burst onto the scene with her portrayal of the virgin queen in Elizabeth.

Right now, The Favourite is a clear favourite in the lead-up to the Oscar nominations, to be announced on Jan. 22. Not only is the film piling up nominations, but so are its stars: Olivia Colman, as well as Rachel Weisz and Emma Stone as the noblewomen competing for Queen Anne’s favour. And that stranglehold on so many nominations has largely squeezed out her regal rival, Mary, Queen of Scots. While Saoirse Ronan got stellar reviews for her role as the doomed Scottish monarch, she’s been largely bypassed during this awards season, though her on-screen rival, Margot Robbie, who plays Queen Elizabeth I, is facing off against Stone and Weisz in some high-profile supporting actress contests, including the BAFTAs.

The momentum behind Olivia Colman may be too ferocious to stop. It doesn’t hurt that photographs of her are all over entertainment sites, for this year the veteran British actress takes over the most important regal role of all: that of Queen Elizabeth II. Even before The Favourite was released, the buzz around 44-year-old Colman had been building since Netflix announced that the actress, perhaps best known before now for her supporting role as a detective in the TV series Broadchurch, would replace Claire Foy for the third season of Peter Morgan’s blockbuster series, which is chronicling the life of the present monarch.

There’s always been a steady release of royal entertainment projects, whether good, bad or just mediocre. The latter definitely applies to 2017’s anaemic Victoria & Abdul, which starred that veteran “monarchical” actress, Judi Dench. While it’s all but impossible to track the onslaught of productions from so many international sources — many of which, like Barbra Streisand’s plan to direct a movie about Russia’s Catherine the Great starring Keira Knightley, die on the drawing board — those who keep an eye on royals in entertainment, including Heather Cocks, think there’s an uptick in the number of royal dramas being released. The influence of the Netflix series The Crown is not to be underestimated, especially when it comes to green-lighting other royal projects. “I think Hollywood projects come in waves, and people are reacting to the success of The Crown,” Heather Cocks believes. And that means a lot of royal projects hitting screens. 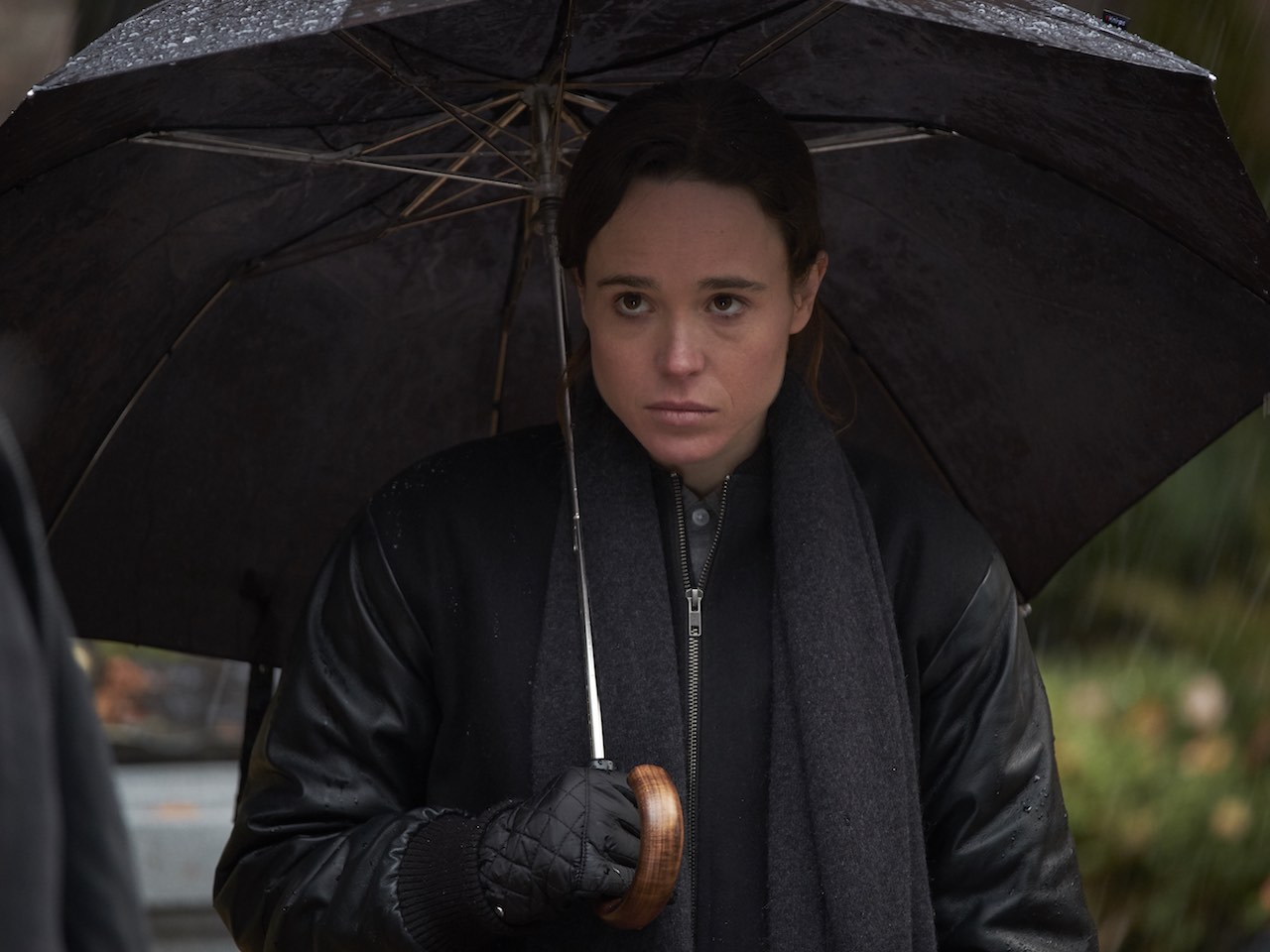 The Movies And TV Shows Based On Books We Can’t Wait To Watch In 2019
Versailles, a series based on the tumultuous life of Louis XIV, recently ended after three seasons, while The Windsors, a hilarious satire of the current British royal family, continues on Netflix. PBS’s Masterpiece is currently airing the third season of its romantic Victoria series, about the second-longest-reigning British monarch. And while the third season of The Crown will air at some point in 2019, it will face fierce competition from Catherine the Great, a blockbuster series on HBO about the Russian empress starring Helen Mirren, who famously played Elizabeth II twice for creator Peter Morgan (an Oscar-winning film performance in The Queen, and an award-winning theatrical portrayal in The Audience).

If that wasn’t enough, Bérénice Bejo will star as the ill-fated French empress in Napoleon and Josephine, while The Spanish Princess, based on Philippa Gregory’s popular novels about King Henry VIII’s first wife, Catherine of Aragon, will air on Starz. Then there are the royal-related series, including the Medici: Masters of Florence on Netflix, as well as the Downton Abbey film, which will reportedly feature a visit by Queen Mary to the Grantham estate.

If those fictional dramas and comedies aren’t enough, the real-life House of Windsor has the power to wipe everything off the front pages, seemingly at will. In addition, the release of a series of unrelated documentaries, including one on the Crown Jewels that featured a rare commentary by the Queen herself, have bolstered attention to today’s most famous monarch. In turn, those non-fiction events and documentaries, feed a desire to watch fictional behind-the-scenes accounts of how royals throughout history have behaved and acted.

And with so many royal stories still to be plumbed, reimagined and resurrected, it’s a subject area that filmmakers, producers and documentarians show no sign of abdicating.