Not the one you’re thinking of. 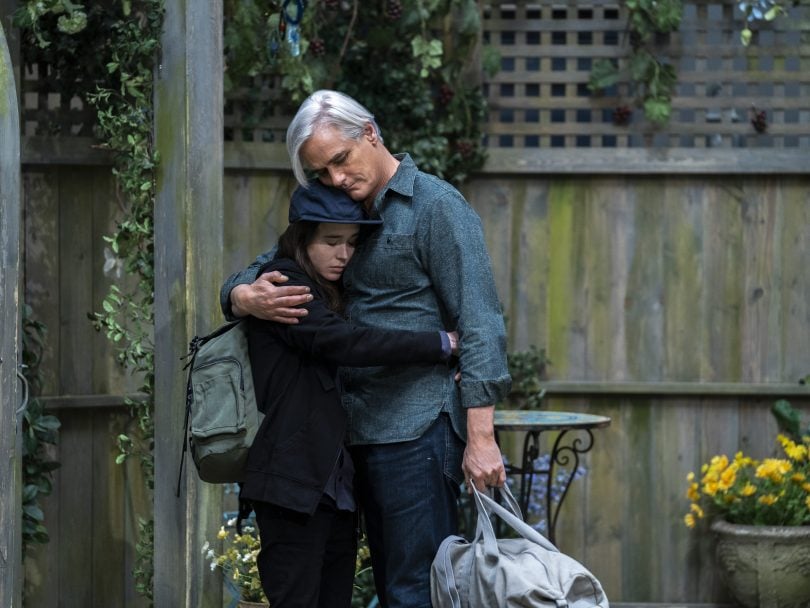 Paul Gross is back on the small screen, which is reason enough to celebrate. The multi-talented actor/director/national treasure stars in the new Netflix series Tales of the City (premiering June 7). The show—a follow-up to a 1990s series that was once deemed so scandalous it was pulled by some PBS affiliates—follows a queer community in San Francisco led by a mysterious and magnetic landlady (think Melrose Place with way more good vibes and gay people). The reboot catches up with key characters some 25 years later, including Gross’s Brian, a reformed Lance Romance who is now trying to raise his daughter (Ellen Page) and avoid his ex (Laura Linney). Chatelaine met with Canada’s most beloved Mountie to talk onscreen representation, mid-life crises and why going silver was the most liberating thing he’s ever experienced.

You first played this role more than 25 years ago. What was it like coming back? Was there any hesitation about revisiting the past?
There was no hesitation. Alan Poul, who is one of the executive producers, scheduled a call. I didn’t know what it was about. He said we’re going to reboot Tales of the City and I said, “I’m in!” It was one of the first shows that I ever worked on and it had a big influence on shaping my thoughts on how we should approach what we do. Not so much in terms of content, but the spirit of the project was so fantastic. Laura [Linney] and I both said, it was so strange coming back because it wasn’t strange. It was like putting on old shoes.

After the pilot episode your character remains a bit of a mystery. What can you tell us about Brian?
Well, he’s interesting in that he’s one of the few straight characters in the series. An aspect of him just feels like me. I had a lot of friends in the queer community growing up. I was of an age when they were experiencing the AIDS epidemic, so I have a lot of intense memories of that period. Brian is a guy who’s very absorbent of things and there’s no judgment. I kind of understand that part of him. Of course his interests have changed quite a bit since the original series.

In clips from the 1993 version you were in a lot of tight pants and topless scenes. Now Brian is running a plant store.
Well, right. His focus now is on being a good parent and trying to care for people. All of that I feel fairly familiar with too.

Was playing the Lothario ever a natural fit for you?
Not particularly. But there was something pretty free about being part of that original cast. We were together all the time and babbling away about our life experiences, and everyone was younger. Now we’re the older generation and the show has a whole younger generation of characters.

The queer experience has presumably changed quite a bit in 25 years.

Absolutely. And what we’re seeing in terms of representation [in entertainment].
The original series didn’t have any trans characters except for Olympia Dukakis’s character. There has been a broadening out as people are staring to move into all sorts of areas in terms of sexual identification. I did an interview after a screening at the San Francisco International Film Festival and one of my interviews was with a woman from Poland. As we were wrapping up she said, I just want to say that I’m a member of the rainbow coalition and I just want you to know how important this show is for us. We are under fire here and we need this. There was such emotion in her voice. It choked me up.

A quarter century ago, it may have been deemed risky for a rugged “leading man type” to star in a series about the queer community. Was that something you considered?
You mean, like, did I have agents advising against it and that sort of thing?

Yes.
I don’t know. I can’t really remember, but obviously no one said anything sufficiently persuasive that it had any influence. The other thing is that is that when I did the original show I had no idea it was going to create a political firestorm. That it was going to be banned. To a certain extent when you’re making something like this you’re really in a bubble. That’s what’s so cool about working with a global company like Netflix. The show will play everywhere in the world with the exception of Saudi Arabia, Iran and China. So, it will be interesting to see what it means in other parts of the world, and whether it can do what the original show did within smaller confines.

A lot of the characters in the series are dealing with mid life crises. Is that something you have any experience with?
I think everyone goes through it. Things happen in life, deaths happen, you take different paths. I think if you’re over a certain age you understand that. I just turned 60, so I’m having a late life crisis.

What did you do to celebrate the big 6-0?
I went to New York with my kids. We had dinner in City Island in the Bronx. [My wife] Martha would have come, but she was working in Edmonton.

It’s been a few years since you debuted your snowy fox look. Have your fans gotten used to it?
Well they better be, because I’m not going back. I don’t know when it happened because I dyed my hair for a long time. And then we went on this big family trip to the Sahara. There are no salons in the Great Sand Sea, and so it just went that way. I have never known a feeling so free as not having to dye my hair anymore.

You have, how shall I put this, an uncommonly devoted fan base. When’s the last time you got chased down the street?
I haven’t been chased recently. I was actually never really chased. Maybe that’ll start soon.

I think it’s a Canadian thing.
We’re too polite.

A lot of Canadians will forever associate you with your Mountie alter ego from Due South. Is that something you embrace?
Completely. It was a wonderful show to do. We had a great time, a great group of people. I loved it. And then it got to a point where we ran out of ideas. A lot of shows get stale and I didn’t want to end there.

Do you still have the Mountie costume?
No. That thing really did get on my nerves. It was hot and itchy around the neck. Saying goodbye to that was one of the reasons I was okay with the show ending.