Her feminist acceptance for Best Actress in a Supporting Role was 100% awesome. 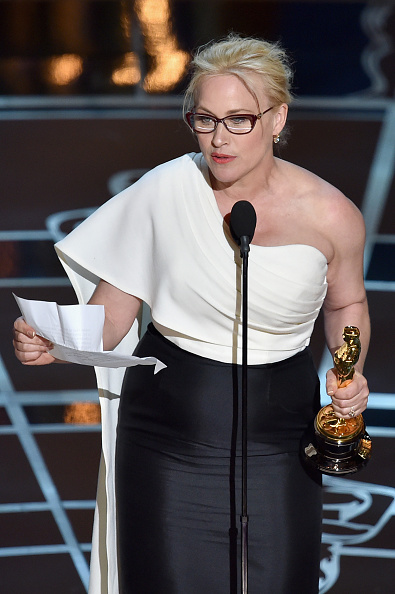 In case you haven’t heard, Patricia Arquette won The Oscars. To be clear, Arquette won the Academy Award for Best Actress in a Supporting Role for her part in Boyhood, but she can also claim victory to being the coolest celeb in the Dolby Theatre.

It was the best five minutes of the night, starting from when Jared Leto — with his powder blue suit, white bow tie and luscious ombré locks — gracefully presented the award, calling the nominees “proven and powerful.” He even landed the obligatory “Meryl Streep always gets nominated” joke. When Arquette’s name was announced (woot! woot!) and she accepted the statue from Leto, he tried to wipe a lipstick mark from her cheek. (He’s pretty and thoughtful.)

Arquette, who skipped a manicure that day because she had better things to do, put on her glasses and read the most butt-kicking speech of the evening. She thanked the Academy and the “beautiful, powerful nominees,” her colleagues and her exes “for giving me my beautiful children” (the definition of class). She then proceeded to call for equal wage rights for women: “To every woman who gave birth, to every tax payer and citizen of this nation: We have fought for everybody else’s equal rights. It’s our time to have wage equality rights once and for all and equal rights for women in the United States of America!” (Things aren’t rosy in Canada, either. MoneySense found that Canadian women between 45 and 54 earn about $23,600 less than men of the same age.) Arquette’s words were enough to get Meryl Streep on her feet fist-pumping as Jennifer Lopez cheered at her side. 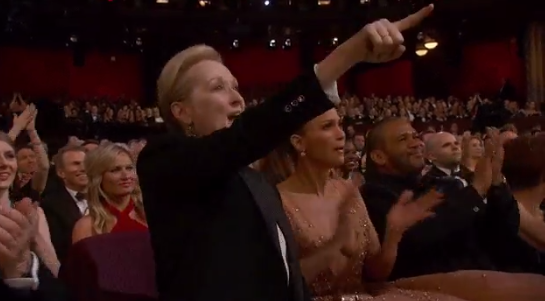 In other words, it was the perfect speech in a year when feminism and celebrity have collided. Death to the mani cam! Watch Arquette’s acceptance here.