Ryan Seacrest, who is facing allegations of sexual misconduct, will still host the E! Oscars Red Carpet Special — but will anyone talk to him? 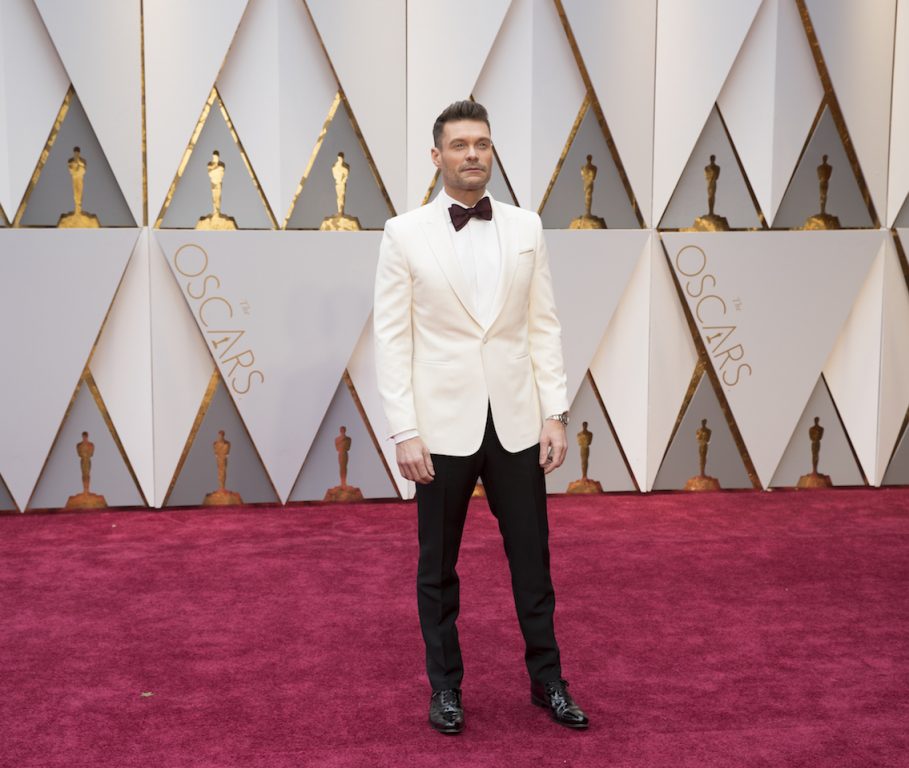 Arriving at the end of an activism–rich celebrity awards season, The Oscars have a tough act to follow. How will Hollywood’s biggest night deal with #MeToo and #TimesUp, both responses to its own corrosive problem? How will they move past pins and black attire to further push the conversation forward?

Speaking of conversations, there is one celebrity interviewer who might have a bit of trouble getting quotes on the red carpet Sunday night.

Ryan Seacrest will host E!’s Oscars Red Carpet Special, as he has done for the past 12 years. Except now, he’s facing serious allegations of sexual harassment from his former wardrobe stylist, who complained to her bosses about his behaviour. Suzie Hardy told Variety this week that she endured many acts of sexual aggression from Seacrest while working as his E! stylist since 2007, including cases in which she says he rubbed his erect penis against her while wearing just his underwear, groped her vagina, and slapped her buttock so hard it left a mark.

The abuse only stopped in 2013, she said, after she eventually reported it human resources. Then she lost her job. Seacrest himself made the allegation public last November, after receiving a letter from Hardy’s lawyer. He called her claims “reckless.”

A subsequent internal investigation, conducted by an outside company hired by NBCUniversal, found “insufficient evidence to support the claims against Seacrest.” He has gone on to interview celerities on all the red carpets since, including on the subject of #MeToo and sexual misconduct in Hollywood.

Although he’s been cleared by his employers — and Seacrest’s friends and colleagues, including his morning show co-host Kelly Ripa, have leapt to his defence — there is word some celebrity publicists will steer their clients away from the E! red carpet host. 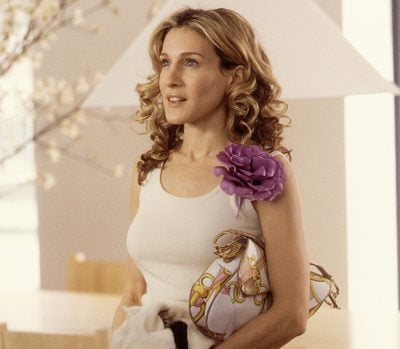 Carrie Bradshaw’s Most Famous Accessory Is Back

A-lister Jennifer Lawrence hedged her answer when asked on the Howard Stern show this week whether she’ll talk to Seacrest on Sunday.

“I don’t know. I mean, there is a lot to think about with E!, you know?” she said, citing the network’s show Fashion Police, known for its catty judgments on what celebrities wear. But she did lean more in the direction of talking to him. “He has not been to trial for anything. I am not a judge. I am not a jury, you know … that is where this stuff gets tricky.”

This is not the first bad press for E! during awards season. Will & Grace star Debra Messing openly criticized the network for its treatment of Catt Sadler, who left E! after learning her male co-host made double her salary.

E! host Giuliana Rancic had to grin through the criticism, and it will be interesting to see if Seacrest gets any shade from the celebrities who do talk to him.

For his part, Oscars host Jimmy Kimmel says he will speak if Seacrest’s mic is turned his way (“Listen, you know, we should at the very least afford people the opportunity for truth, what the facts of the story are before hanging them out to dry,” he told Variety.)

Kimmel also cleared the air this week on word that he would not talk about #MeToo in his monologue (he definitely will), but the Oscars have sent the broader signal that they want the focus to be on the films and performers, not on social activism.