What You Need To Know About The Oscars This Year

The lead-up to the awards has been more dramatic than some of the films. 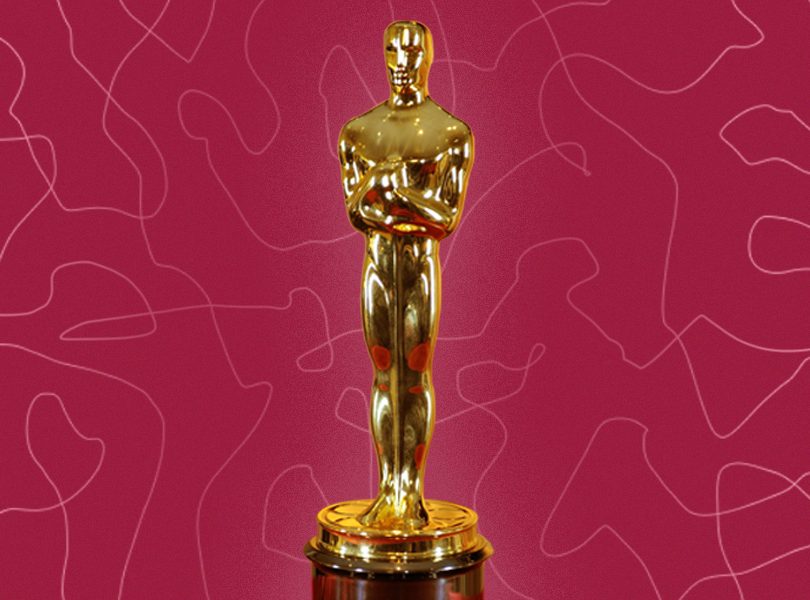 Hollywood’s biggest night is turning into one big mess. The 91st Annual Academy Awards air live on Sunday, February 24, and the lead up to the show has become like a choose-your-own-adventure saga.

It started back in August when the Academy of Motion Picture Arts and Sciences promised that there were big changes coming to the Oscars this year, including a new “popular movie” category. Many social media users were not here for it, saying that with this category, films like Black Panther might lose their chance to compete for the coveted Best Picture award, being relegated to a lesser category. The proposed new award was eventually scrapped due to the backlash — setting in motion the pattern for this Oscars season.

In the months that followed, the Academy proposed everything from Kevin Hart as a host to cutting down the number of musical performances, and each announcement has been followed by controversy and, eventually, the Academy backtracking on its proposed changes.

convinced this year’s Oscars is a Bandersnatch award show. do you want all the nom’d songs performed? would you give all the winners airtime? who hosts: Kevin Hart or no one? it’s like a massive strategy to get us invested in this event not as a presentation, but a collaboration.

Staying on top of all these changes/non-changes is tougher than keeping up with the latest Kardashian drama. That’s why we’ve got you covered. Below, we’ve rounded up more of the must-know scenarios and squabbles to keep in mind leading up to Oscars Sunday.

There will be no Oscars host

For the first time in 30 years, the annual telecast is forging ahead without a host, and the Academy has been hard at work securing a range of presenters to lead audiences through Oscars night. According to the Guardian, the host-less strategy is in part devised by producers to help freshen the ceremony and lure a broader — and younger — audience, but, at the end of the day, the “reinvention” was ultimately forced on the Academy, following Kevin Hart’s decision to step down from MC-ing only three days after he was announced as host in December. (ICYMI: When the comedian was announced as host, some of his past homophobic tweets and material were resurfaced online and rather than apologize in response, he chose to pass on the opportunity to host the Oscars.)

On February 11, less than two weeks away from the big day, the Academy announced that it would be not be televising the awards for Live Action Short, Film Editing, Best Cinematography and Make-up and Hairstyling. Instead, these awards would be presented during commercial breaks. Industry insiders and celebrities quickly criticized the decision for making these categories seem second-tier, when in fact, they celebrate key components of cinema.

What better way to celebrate achievements in film than to not publicly honor the people’s who’s job it is to literally film things.

In an open letter to the Academy, the president of the American Society of Cinematographers disputing the decision. A number of influential celebrities, including Kerry Washington, George Clooney, Brad Pitt and Robert De Niro, signed the letter in support. Once again, the Academy retracted its statement and will be airing all categories as usual.

Pressure on presenters to be exclusive

The Academy’s push to secure countless stars as awards presenters reportedly translated into intimidation for actors to decline opportunities to present at other awards ceremonies, like the Golden Globes and SAG Awards, in the run-up to the Oscars. Margot Robbie is said to be among those to have chosen the Oscars over the Globes.

In a statement, the Screen Actors Guild union, Sag-Aftra, claimed that the Academy was exerting “extraordinary and unwarranted pressure” to keep actors it was trying to book for appearances at the Oscars from presenting at the SAG Awards.

“We have received multiple reports of these activities and have experienced firsthand the Academy’s graceless pressure tactics and attempts to control the awards show talent pipeline,” the statement said. “Awards season is a very special time when actors and actresses are being appropriately celebrated and recognized for the outstanding quality of their work. We would expect the Academy to honour these goals.”

So who *is* going to present at the Oscars?

Over the years the Oscars has seen a decline in viewership and so the Academy has been trying new tactics to appeal to a wider demographic. In one of its many attempts to draw a larger audiences, the Academy tried to change the tradition of having certain awards, like Best Actor, presented by the previous year’s category winner — swapping out lesser known performers for big-name celebs like Oprah Winfrey or Tom Hanks. The 2018’s winners were understandably upset about the shakeup. Allison Janney, who won for “Best Supporting Actress” for I, Tonya, wrote in a now deleted Instagram comment: “It’s looking like they are not going to honour the tradition this year,” she wrote, according to Vanity Fair. “It breaks my heart.”

On February 6, the following day, the Academy reversed its decision, announcing that the 2018 winners would presenting the award for their corresponding categories.

Who is performing musical acts at the Oscars?

The Oscars are known for never ending on time. So, in January, the Academy made a bold move and decided to only allow two of the five Best Original Song nominees to perform. According to Variety, the two acts to get the green light were Kendrick Lamar and SZA performing “All the Stars” from Black Panther, and Lady Gaga performing A Star Is Born‘s “Shallow.” The other three nominees — “The Place Where Lost Things Go” from Mary Poppins Returns, “I’ll Fight” from RBG and “When a Cowboy Trades His Spurs for Wings” from The Ballad of Buster Scruggs — would presumably be heard, in part, during the announcement of the award.

After pervasive backlash, the Academy announced that all five performances would be happening after all. A few weeks later, on Feb. 18, there was even the addition of Queen and Adam Lambert — an act that is not nominated in the Best Song category — to the itinerary in honour of Bohemian Rhapsody. Oh, the confusion.

Is this the real life?
Is this just fantasy?
We welcome @QueenWillRock and @adamlambert to this year’s #Oscars!https://t.co/7uDf42FbjJ

Every year, it feels inevitable that a handful of Oscar-nominated films spark major fires on social media and among critics. This year was no exception. 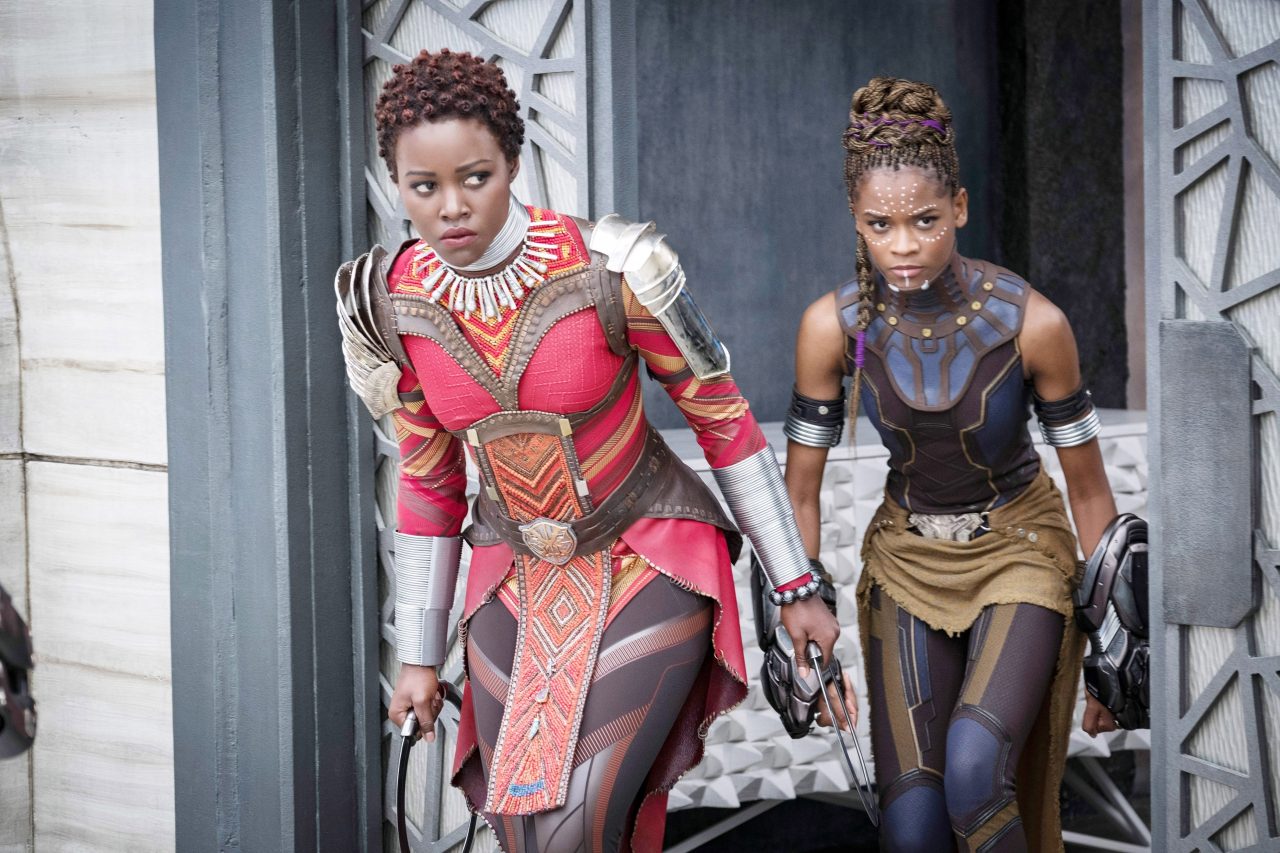 All The Oscar-Nominated Movies You Can Stream In Canada
Nominated for five awards, Bryan Singer, the director of this Freddie Mercury biopic, was fired during production which was rumoured to be due to ongoing conflicts with the film’s star Rami Malek. However, Singer still received the directing credit on the film. An investigation from The Atlantic published in February, also detailed multiple allegations of sexual misconduct dating back 20 years.

This comedy-drama, which is based on true events, had ample success at the Golden Globes and Critics’ Choice awards, but we can’t ignore that Viggo Mortensen, who’s up for a Best Actor nomination for his performance, caught heat last fall for saying the N-word at a Q&A after a screening of the film. There has also been substantial criticism over the veracity of the screenplay, which was written by the son of Tony “Lip” Vallelonga (played by Mortensen). The family of Don Shirley (played by Ali) said they were not involved in the film at all and that the final product was inaccurate and did a disservice to his story.

A nominee for Best Live-Action Short, this Irish drama centres on the 1993 murder case of two-year-old James Bulger. Using real-life police transcripts and records from the case, director Vincent Lambe produced a 30-minute short about the interrogation of Bulger’s two 10-year-old killers. But neither the toddler’s mother, Denise Fergus, nor his father, Ralph Bulger, were approached for their consent for the film. Fergus has criticized the movie before it received its Oscar nomination, and expressed her incredible outrage on social media and on television.

This is all I want to say at present. pic.twitter.com/GbyshtVoa9