You'll want to check these out before the big night. 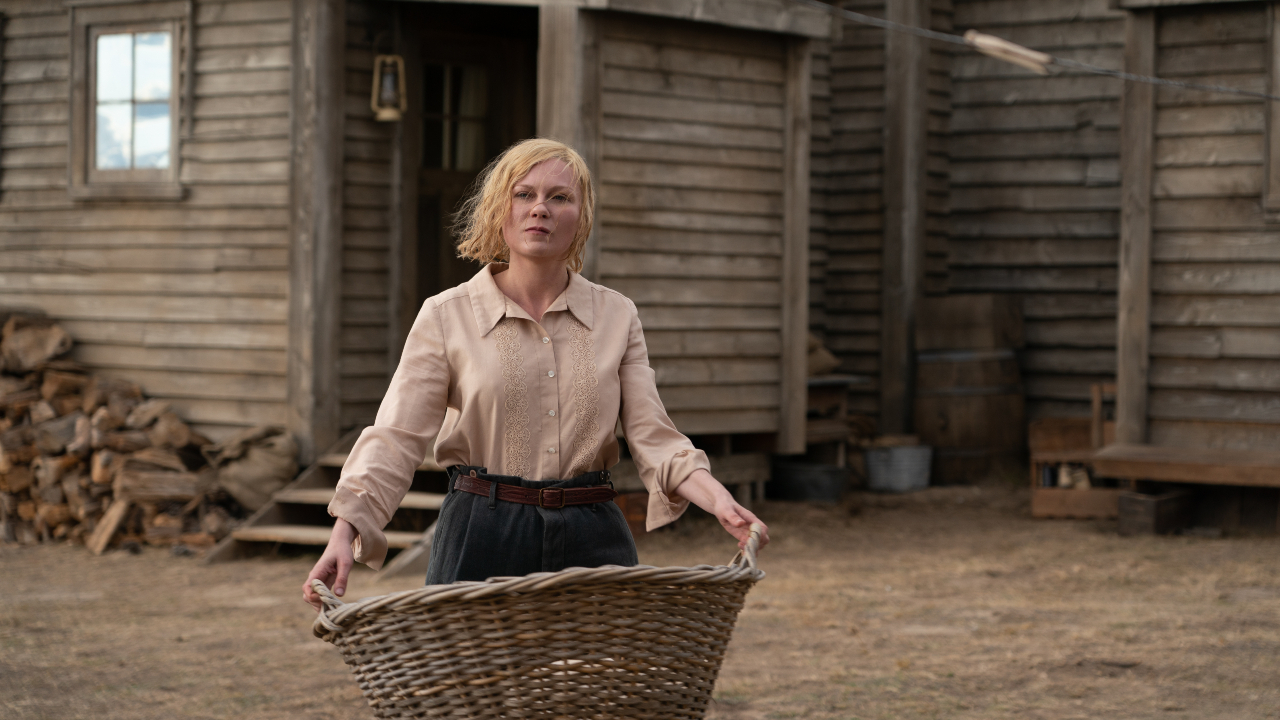 Oscar hype is officially underway. On February 8, nominations for the 94th Academy Awards were announced, which means there are plenty of new movies on our radar.

This year, nominations were led by Jane Campion’s dark western The Power of the Dog and Denis Villeneuve’s sci-fi epic Dune, which earned 12 and 10 nominations respectively. In her lineup of Oscar nods, Campion broke a record—becoming the first woman to receive two best director nominations.

Other stars received their first-time mentions, including Kirsten Dunst for her supporting role in The Power of the Dog, Kristen Stewart for her performance as Princess Diana in Spencer and Beyoncé, alongside songwriter DIXSON, for best song in King Richard, a biopic about Richard Williams, the father of Venus and Serena Williams.

Following last year’s delayed, socially distanced ceremony, the 2022 Oscars will be held in person at the Dolby Theatre in Hollywood. The event will also have a host for the first time in four years, although the Academy hasn’t yet announced who it will be. Taking place on March 27, the ceremony will be broadcast live on ABC and can be streamed in Canada on CTV at 8 p.m. EST.

With so many promising films to see ahead of the big night, it’s time to get streaming. Luckily, most nominees are available for viewing from the comfort of our homes. Here’s what to know about this year’s biggest Oscar nods, and how to watch them.

The Power of the Dog, 12 nominations

Set in the capital of Northern Ireland, this semi-autobiographical film by Kenneth Branagh chronicles the coming of age story of a young boy and his working-class family in the late 1960s.
Nominated for: Best supporting actor (Ciarán Hinds), supporting actress (Judi Dench), director (Kenneth Branagh), original song, sound, original screenplay and best picture.
Where to stream: Available for rent or purchase on Apple TV, and for purchase-only on Google Play, Cineplex, Amazon Prime Video Canada, Microsoft

Ansel Elgort and Rachel Zegler star in this adaptation of the 1961 musical, where the relationship of young couple Tony and Maria worsens the building rivalry between warring New York street gangs the Jets and the Sharks.
Nominated for: Best supporting actress (Ariana DeBose), cinematography, costume design, director (​​Steven Spielberg), production design, sound and best picture.
Where to stream: Available March 2 on Disney+

Two years after his wife’s sudden death, renowned director Yusuke Kafuku (Hidetoshi Nishijima) meets Misaki Watari (Toko Miura), a young woman appointed to be his chauffeur. Despite their seeming differences, they form a special connection.
Nominated for: Best director (Ryusuke Hamaguchi), adapted screenplay, international film and best picture.
Drive My Car is currently in theatres and not yet available for streaming online.

When they discover a planet-destroying comet is headed for Earth, two astronomers (Jennifer Lawrence and Leonardo DiCaprio) make it their mission to warn the world. They soon realize that no one seems to care.
Nominated for: Best editing, original score, original screenplay and best picture.
Where to stream: Netflix

As a child of deaf adults (CODA), 17-year-old Ruby (Emilia Jones) works hard to help her family keep their fishing business going. But when she joins a choir club, her life begins to change as she develops a passion for music and a connection to her duet partner.
Nominated for: Best supporting actor (Troy Kotsur), adapted screenplay and best picture.
Where to stream: Apple TV+

This crime thriller follows an experienced con man (Bradley Cooper) who decides to team up with a cunning psychiatrist (Cate Blanchett) for an ambitious plan to scam a powerful tycoon.
Nominated for: Best cinematography, costume design, production design and best picture.
Nightmare Alley is currently in theatres and not available for streaming online.

No Time To Die, 3 nominations

Despite trying to live peacefully after years of active duty as 007, Bond is yet again enlisted in an action-packed mission when his friend comes to him for help. This marks the 25th film in the franchise and actor Daniel Craig’s final performance as James Bond.
Nominated for: Best original song, sound and visual effects.
Where to stream: Available for rent on digital and on-demand platforms (Apple TV, Google Play, YouTube, Cineplex, Amazon Prime Video Canada, Microsoft)

Being The Ricardos, 3 nominations

Based on the real-life couple behind the iconic 1950s sitcom I Love Lucy, this drama follows the tumultuous relationship between Lucille Ball (Nicole Kidman) and Desi Arnaz (Javier Bardem) as they face a crisis that could threaten their careers.
Nominated for: Best actor (Javier Bardem), actress (Nicole Kidman) and actor in a supporting role (J.K. Simmons).
Where to stream: Amazon Prime Video Canada

The Tragedy of Macbeth, 3 nominations

Denzel Washington stars in this adaptation of Shakespeare’s Scottish play, in which the eponymous title character plans to seize power after he is convinced that he will be King of Scotland by a trio of witches.
Nominated for: Best actor (Denzel Washington), cinematography and production design.
Where to stream: Apple TV+

Olivia Colman plays a college professor named Leda who embarks on a quiet solo vacation to Greece. But during her trip, she becomes fixated on a young mother and daughter, forcing her to confront her troubling past.
Nominated for: Best actress (Olivia Colman), supporting actress (Jessie Buckley) and adapted screenplay.
Where to stream: Netflix

Living in the magical hidden mountains of Colombia, Mirabel is the only child in her family who’s not been blessed with a unique gift. But when she discovers the magic surrounding their home is being threatened, her family’s future lies on her shoulders.
Nominated for: Best original score, original song and animated film.
Where to stream: Disney+

Andrew Garfield learned to sing for his role as a young, struggling Jonathan Larson—the revered musical theatre writer behind the revolutionary production Rent—in this semi-autobiographical musical set in 1990 New York City.
Nominated for: Best actor (Andrew Garfield) and editing.
Where to stream: Netflix

The Eyes of Tammy Faye, 2 nominations

Televangelist couple Tammy Faye and Jim Bakker built a powerful religious broadcasting empire in the 1970s. Based on a documentary about their lives, this drama starring Jessica Chastain and Andrew Garfield follows the downfall of their picture-perfect image.
Nominated for: Best actress in a leading role (Jessica Chastain) and makeup and hairstyling.
Where to stream: Available for rent or purchase on digital and on-demand platforms (Apple TV, Google Play YouTube, Cineplex, Amazon Prime Video Canada, Microsoft)

Emma Stone transforms into a young Cruella de Vil in this Disney villain origin story. As an aspiring designer, she aims to make a name for herself in London’s 1970s punk fashion scene but begins causing trouble along the way.
Nominated for: Best costume design and makeup and hairstyling.
Where to stream: Disney+

In this sequel to the 1988 comedy, King Akeem (Eddie Murphy) from the country of Zamunda sets out on a journey to reunite with his long-lost son—and heir to the throne—in Queens, New York.
Nominated for: Best makeup and hairstyling.
Where to stream: Amazon Prime Video Canada

Inspired by the real family behind the Gucci empire, this film tells the story of Patrizia Reggiano (Lady Gaga), who famously plotted to kill her husband and the heir to the luxury fashion house, Maurizio Gucci (Adam Driver).
Nominated for: Best makeup and hairstyling.
Where to stream: Available for purchase on digital and on-demand platforms (Apple TV, Google Play, YouTube, Cineplex, Amazon Prime Video Canada, Microsoft)

Written by Steven Knight, this Princess Diana biopic recounts a Christmas holiday at the Queen’s Sandringham estate in 1991, in which Diana (Kristen Stewart) grapples with the downfall of her marriage amid rumours circulating of Prince Charles’s affair.
Nominated for: Best actress (Kristen Stewart).
Where to stream: Available for rent on digital and on-demand platforms (Apple TV, Google Play, YouTube, Cineplex, Amazon Prime Video Canada, Microsoft)

The Hand of God, 1 nomination

Set in 1980s Naples, Italy, this coming-of-age tale follows an awkward, shy teen named Fabietto Schisa (Filippo Scotti) who is growing up in a big, loving family. When tragedy strikes, he searches for deeper meaning in his life and pursues a career as an aspiring filmmaker.
Nominated for: Best international film.
Where to stream: Netflix

In a small town on the Italian Riviera, a young boy embarks on a summer adventure with his new best friend. There’s only one problem: he must keep hidden the fact that he’s secretly a sea creature.
Nominated for: Best animated film.
Where to stream: Disney+