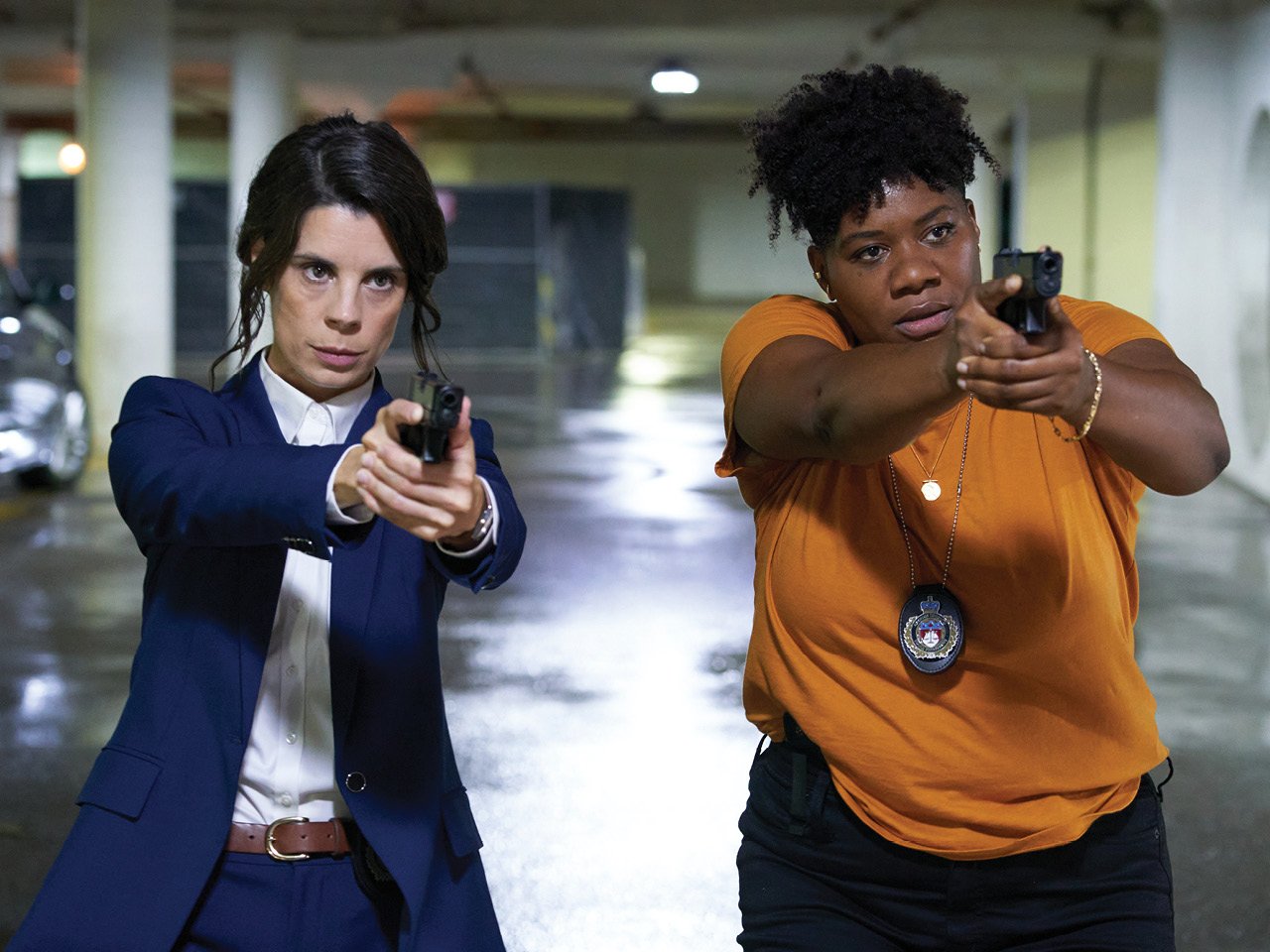 On Orange Is the New Black, Adrienne C. Moore played Cindy, an Afro-puff-wearing inmate who was always up for a good time. Now, in CBC’s new Pretty Hard Cases, Moore’s character is on the other side of the criminal justice system: She plays Kelly, one half of a pair of police detectives, alongside Baroness Von Sketch alum Meredith MacNeill

How did an American actor end up starring in a new Canadian series?

I don’t think I even paid attention to the fact that the show was a CBC show. I just read the script and it was like, “hey, this is interesting.” I thought the character was something I could sink my teeth into. I like the balance of comedy and drama. Coming from a show like Orange, I feel very comfortable in that genre.

So the show is part comedy, part drama…

And also part police procedural. I’ve always been interested in crime shows. I’m obsessed with unscripted series, like Dateline, Forensic Files, First 48. At the same time, as an African-American woman playing a cop, the context and tone of the show was very important to me. This is a cop show that’s not just about getting the “bad guys.” It’s about the relationships between cops and their communities.

You signed on before the racial uprising, Black Lives Matter protests, calls to defund the police. Did that change things?

After the killing of George Floyd, I thought “oh well, they’re not going to want to touch that with a ten-foot pole.” Other networks were cancelling their cop shows.

When we went ahead, it was important to me to look at that idea of law and order and what it means and how far away we’ve gotten from the purpose that cops are there to serve. I’m from the South, where a lot of the police gangs were formed to control newly freed slaves, so it’s really questioning the nexus.

In the pilot episode your character refers to her white partner as a “Karen.” That’s not a term we would have seen on TV a year ago.

Right. And that was something we discussed a lot and really pushed for. Meredith’s character is earnest and uptight and sometimes doesn’t realize her own white privilege. The term “Karen” has been around for a lot longer than its recent popularity, so it just felt like the right time. It’s so cool when art can put you in the here and now and advance us.

There is another scene in the pilot where we storm a house looking for one person and instead we find a young Black boy who has been left to guard the house with a gun. My character breaks protocol and clears the building and then talks the boy into giving her the gun. Of course this was totally different from the brutal murder of Breonna Taylor, but there was an idea of modelling what future interactions could look like.

The buddy cop genre is historically penis dominated. Are you breaking up a boys’ club?

Absolutely. On the show we are badass cops who can also be sensitive and vulnerable enough to understand what’s important.

I noticed you posted a Beaver Tail on your Instagram. So you plan to hang North for a while?

Well you know, with COVID Canada has become a safe haven for a lot of productions. I have two little dogs and for a while I’ve been saying how much I need a backyard. That backyard just may be here.