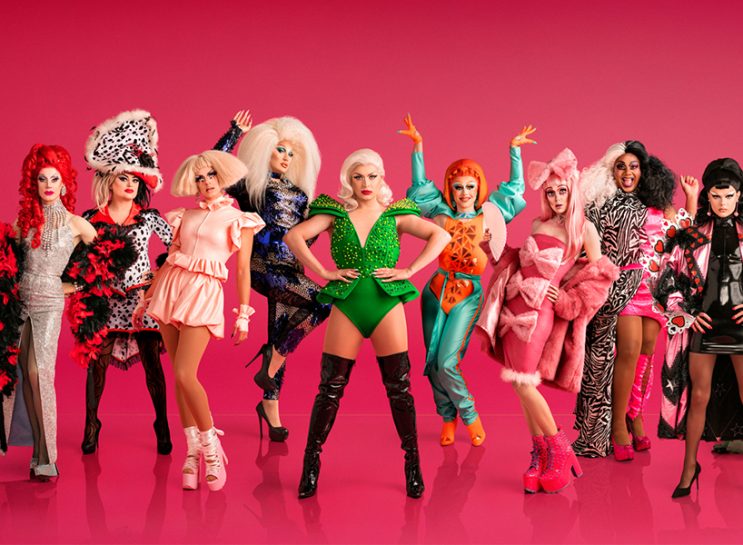 The sun’s setting at dinnertime now? I saw a tree that was turning red? Grocery stores have pumpkins chilling by the front door? Must be October. You’d think that with October would come horror movies—and don’t worry, if that’s your thing, there are a lot of those on this list—but Crave also knows we want a bit more from our entertainment than just ghosts and bloody axes.

Gear up for the premiere of RuPaul’s Drag Race UK, do some Emmys 2020 homework with Helen Mirren in Catherine the Great or dip your toes into spooky season with the low-key scary-adjacent classic Edward Scissorhands. Or just get right into it with stuff like Freddie vs. Jason. I won’t judge.

What’s new on Crave on October 1

What’s new on Crave on October 4

A true modern classic, this baby won a whopping eight Oscars when it was released in 2008, including Best Picture. If you somehow missed out on the hype, it’s about Jamal Malik (Dev Patel), an 18-year-old from a Mumbai slum who becomes a game show contestant in order to find his lost love (Freida Pinto), who watches the show. He makes it to the final round, standing to make 20 millions rupees, but is beaten and questioned by police, who are convinced he’s cheating. Cornered, Malik has to explain how he knew the answer to each question so far, painting a vivid picture of his life along the way.

The King of Marvin Gardens *

What’s new on Crave on October 5

What’s new on Crave on October 10

Looking for some top quality Canadian content? Jasmin Mozaffari’s amazing debut feature has you covered. Firecrackers is about two girls in their late teens, both living in harsh circumstances, as they desperately plot to escape their small Ontario town and go to New York City. Don’t get the wrong idea, though—this isn’t fluffy, inspirational fare about the magical rebelliousness of youth. Lou (Michaela Kurimsky) has a mother with a predatory boyfriend, while Chantel (Karena Evans—yes, the one who directs Drake music videos) deals with racism daily. While the movie has some whimsy to it, its story and its is dark and very real, filled with “electrifying characters” and “edgy unpredictability.”

What’s new on Crave on October 11

This one’s from Australia, mate, and it’s unapologetically nostalgic. Set in Sydney in 1959, we follow the bookish 16-year-old Leslie (Angourie Rice) as she takes a temp job at a department store with two women (Alison McGirr and Rachael Taylor) who introduce her to some of the finer things in life. Leslie happens to be struggling to convince her father to let her go to university when she meets Magda Szombatheli (Julia Ormond), a sophisticated Hungarian migrant who takes a liking to her. The movie is light-hearted through and through, showing “Australian womanhood on the cusp of the sexual revolution,” but it still touches on the serious tension between Anglo-Australians and educated post-WWII Hungarian migrants.

What’s new on Crave on October 17

What’s new on Crave on October 18

Bucky Larson: Born to Be a Star *

Chicago, present day. A white cop kills a Black doctor, mistaking him for a criminal and setting off a ripple effect in three families connected to the shooting. The victim’s white husband (Noah Wyle) and adopted Black daughter Jira (Aliyah Royale) struggle to find their footing, as Jira yearns to meet her birthmother, who she hopes will understand her pain in a way her white dad can’t. Her birthmother Tia (Emayatzy Corinealdi), is married with another kid and is running for city council with difficult odds. And the policeman at fault, descended from a line of police officers, deals with the emotional and legal repercussions of what he’s done. While the show—co-executive produced by Ava DuVernay—has since been cancelled, it tells a complete story as is and is well worth your eyeballs.

What’s new on Crave on October 24

What’s new on Crave on October 25

Sure, you could go for outright slashers, but if you’re more of a sensitive soul, this Tim Burton classic is for you. Edward (Johnny Depp) is the creation of a scientist who died before finishing him, leaving him with scissors for hands. He’s taken in by a kind family and falls in love with their daughter (Winona Ryder), but he becomes an outcast in their monotone suburban neighbourhood. It’s strange enough to count as a Halloween movie, but with more tenderness and general feels than your average Happy Death Day 2U. Just think of it as slasher film lite. Without the slashing. And with ice sculptures.

The Book of Life *

What’s new on Crave on October 29

What’s new on Crave on October 30

The Bold and the Beautiful, Season 33, starting October 1

Cue every queen pun imaginable. You can pretty much imagine what this is going to be, right? A British version of the American hit reality show, with all the drama and wild looks, but this time with some tea and biscuits. RuPaul is back to host and judge, of course, along with Michelle Visage. Alan Carr, former host of the severely underrated (at least overseas) talk show Chatty Man, and Graham Norton, host of probably the most popular talk show in the UK, round out the panel of judges. Prepare for royal mayhem.

On Becoming a God in Central Florida, Season 1, starting October 6

Catherine the Great is one of history’s more fascinating characters as Russia’s most successful, longest-ruling woman leader with a reputation for…well, just watch the trailer. Looks like her story is getting the full HBO treatment (complete with Helen Mirren!), with all dramatic, salacious flair typical of period dramas. I’m so down.

* Only available as part of the Starz add-on to Crave