Why You Need To Watch Mindy Kaling's New Netflix Show

The 'teen show' Never Have I Ever is great for any age. 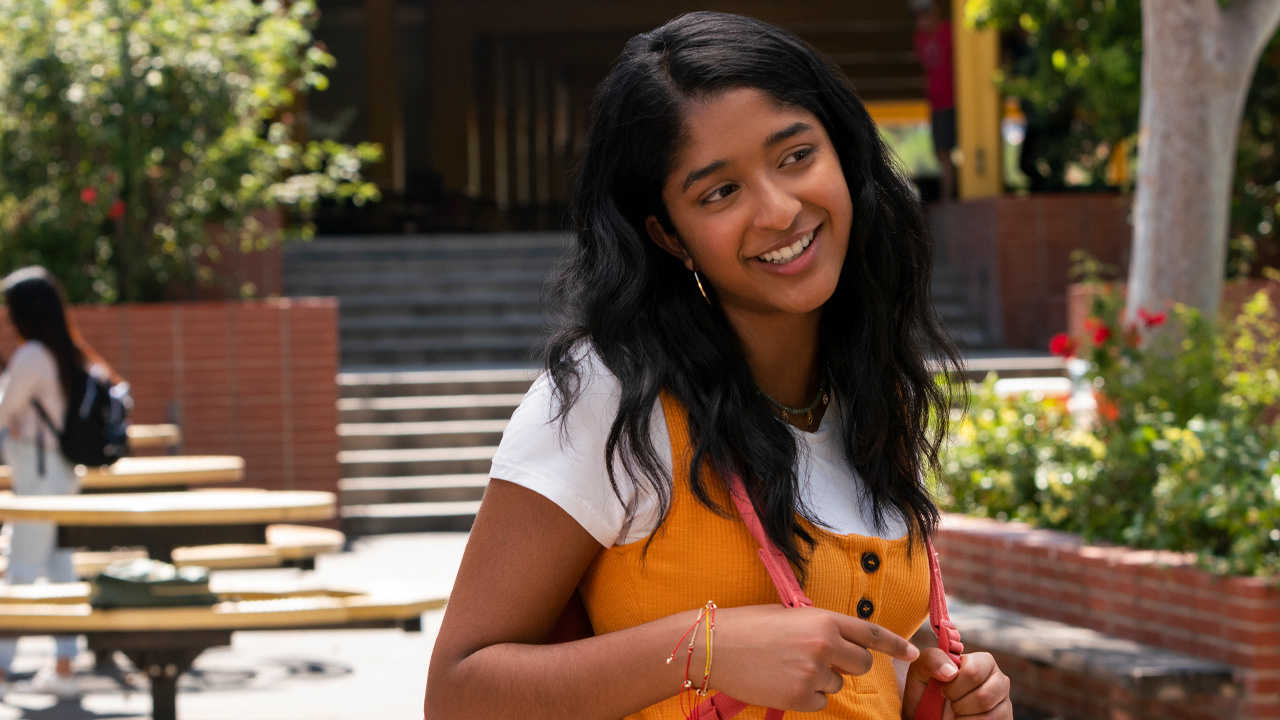 After months of anticipation, Mindy Kaling’s new show Never Have I Ever, is officially here—and we’ll never ever be the same again. The Netflix series, released on April 27, follows sophomore Devi Vishwakumar, a South Asian American girl growing up in the Los Angeles area. She’s funny, self-centred and dealing with a lot. We meet Devi after an awful summer during which she lost her dad and was temporarily paralyzed, and the usually quiet, studious teen is on a quest to have a different kind of year. Her goals? Get popular and get intimate with the hottest guy in school. The Netflix series deals with a lot of heavy issues like death, grief and sexuality.

If you think this premise sounds like every other teen show you’ve watched, you’re sorely mistaken. Because Never Have I Ever is a *must-watch* for everyone—here’s why.

The star of Never Have I Ever is Canadian

If you didn’t know who Maitreyi Ramakrishnan was before the release of Never Have I Ever, you’ll definitely know her after this. The 17-year-old actor stars as Devi Vishwakumar in the series—and she absolutely kills it. (Don’t believe us? Check out any of the show’s many rave reviews that tout the newcomer as a standout). And the coolest part is Ramakrishnan is Canadian! After growing up in Mississauga, Ont., Ramakrishnan beat out 15,000 other aspiring actors for the part after Kaling released an open call for Desi girls to star in a new show she was developing.

Fun fact: Ramakrishnan was profiled by FLARE, Chatelaine’s sister publication, for their 2019 #HowIMadeIt series. She spoke about her decision to send in a tape to audition. “I didn’t see many South Asian role models in film when I was growing up,” Ramakrishnan told FLARE. “And I’m a firm believer that if you don’t see what you want [to see] in the media or in the world in general, go be it. That’s your time to make that space.”

We have a feeling this is far from the last time we’ll see the actor on our screens.

yes to hot fits. no to fitting in. show us your moves using #NeverFitIn

The representation on Never Have I Ever is *amazing*

From the moment Kaling shared an open casting call for a series with a Desi girl as the lead, we knew this show was going to be different. And the final product did not disappoint. Not only does the series highlight Devi’s experience as a South Asian American teen, chronicling everything from her struggle with having to wear a sari to dealing with an overprotective mom, but, as writer Ishani Nath (a former editor and frequent contributor at FLARE) pointed out in an April 17 article for The Juggernaut, the show normalizes and celebrates these aspects of the Indian American identity.

For Nath, watching the show “was like taking a long sip of homemade chai after existing primarily on stale tea bags served with hot water: fresh, satisfying, and familiar.” For so many people, seeing this level of South Asian representation on-screen is honestly an anomaly—unless you’re watching a Bollywood film, that is. And it was refreshing (not to mention super relatable) to watch Devi interact with her family. From the aunties making backhanded comments at gatherings, to the hilarious scene when Devi—just trying to make a cute TikTok to attract her love interest, Paxton—is dragged away and reappears seconds later wearing a t-shirt under her mini-dress, to a storyline around a grandfather clock Devi’s mom buys to show off and fully intends to return, these were all moments I could point to in my own life and experience. And I know that my South Asian and West Indian friends and family members can relate.

And the best part is that it’s not only the Desi experience that’s portrayed. Both of Devi’s main gal pals, Eleanor (an Asian American theatre geek with a flair for the dramatic) and Fabiola (a tech-savvy gal who loves a polo shirt), are women of colour. So like Mean Girls, only better, and way less white.

Never Have I Ever is empowering

Equally great is the fact that the women of colour in the show are badass—and know it. Not only is Devi’s mom a chic dermatologist with a killer jewellery game who *clearly* suffers no fools, but Devi’s friends (Eleanor especially) are similarly confident; secure in their identities as nerds, and not terribly interested in joining Devi’s quest for high school fame.

When in the first episode Eleanor boldly declares “We are glamorous women of colour who deserve a sexy high school life!”…I felt that. Primarily because we’ve rarely heard it so explicitly said.

But aside from how great Eleanor and her dramatic statements are, the show does an excellent job of being subtly empowering in general, particularly when it comes to the character of Kamala (played by Richa Shukla). Throughout the season, it’s consistently brought up that she’ll have an arranged marriage, but as everyone, including her BF Steve, continuously talk about the marriage negatively, and about Kamala like she’s cattle being sold off, Kamala takes the opportunity to debunk misconceptions about arranged marriages. She makes it clear that the marriage is not something she’d being forced into, but is something she’s doing to honour her family. And later (*SPOILER ALERT*), when she meets her future husband, she decides that she doesn’t want to go through with the marriage—not because she thinks the practice isn’t right, but because following through with it isn’t right for her.

The supporting cast on Never Have I Ever isn’t supporting

As in, they have their own compelling storylines. Unlike many shows, which often relegate non-leads to the background, barely developing their stories or characters, Never Have I Ever’s supporting cast could honestly lead independent shows on their own.

It’s already refreshing enough that Devi’s closest friends are women of colour, but the fact that they’re actually developed people on their own? The bar is seriously low, but we love to see it. Though the season is only 10 episodes long, you leave it feeling like the creators had at least tapped into the back stories and motivations of some of the key people in Devi’s life, even the nemesis/kind of love interest she had prolonged sexual tension with, Ben Gross. This kind of storytelling was especially important in the case of Devi’s BFF, Fabiola, whose coming out storyline was handled with care and felt like it was given the appreciation it deserved.

And yes, the dude on Never Have I Ever is seriously hunky

And finally, move over Timothée Chalamet, because there’s a new internet BF in town. Meet Darren Barnet. The actor, who has also starred in shows like This is Us, plays Devi’s crush Paxton Hall-Yoshida, an older student, swim team member and all-around hottie who *almost* hooks up with Devi but wants to remain friends.

And while the popular jock with a secret heart of gold storyline may seem like a potentially played out trope, Barnet’s Paxton is unique, and his character’s casting as a love interest super important, because he’s a Japanese-American man. And, we’re all publicly thirsting after him. If Crazy Rich Asians has shown us anything, it’s that Asian men are incredibly hot, and very much can be sex symbols in their own right. But for the longest time, that wasn’t really a thing. Historically, Asian men have often been desexualized, and haven’t been portrayed as objects of desire in mainstream media (which is super problematic). Having a character who’s half Japanese, as Paxton points out in one episode, be the object of desire for people both on and off-screen is kind of a big deal, because it shows and says what we all should know to be true: that Asian men are *very* desirable and hunky and should be leading men both on-screen and IRL. I mean, have you seen Daniel Dae Kim?!