Staying indoors to beat the heat? These are the true-crime shows you won't want to miss.

With all due respect to Bachelorettes and cake bosses, true crime is the reality TV trend that we can’t get enough of this summer. Because nothing says escape the heat wave quite like curling up in a dark room to unpack the facts of a heinous crime, we offer this roundup of the best cold cases and cult dramas and wrongful conviction scandals (oh my!) currently on Netflix. 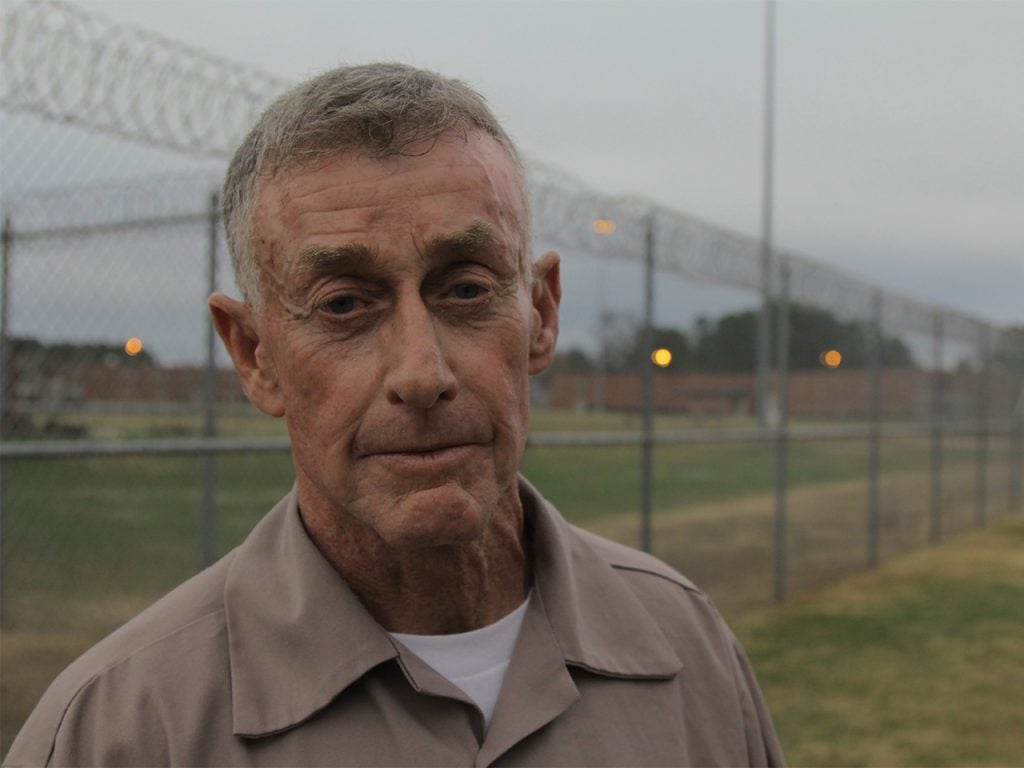 The original serialized crime story (recently rebooted on Netflix) follows the 2004 trial of Michael Peterson, a novelist and bushy eyebrow enthusiast who may or may not have been responsible for the death of his wife, Kathleen. The doc is exhaustive and not particularly slick, but it wins points for pioneering the genre and for scoring almost round-the-clock access to the bizarre cast of characters that surround this case. If you’re into theorizing about whodunit, The Staircase offers plenty to chew on. 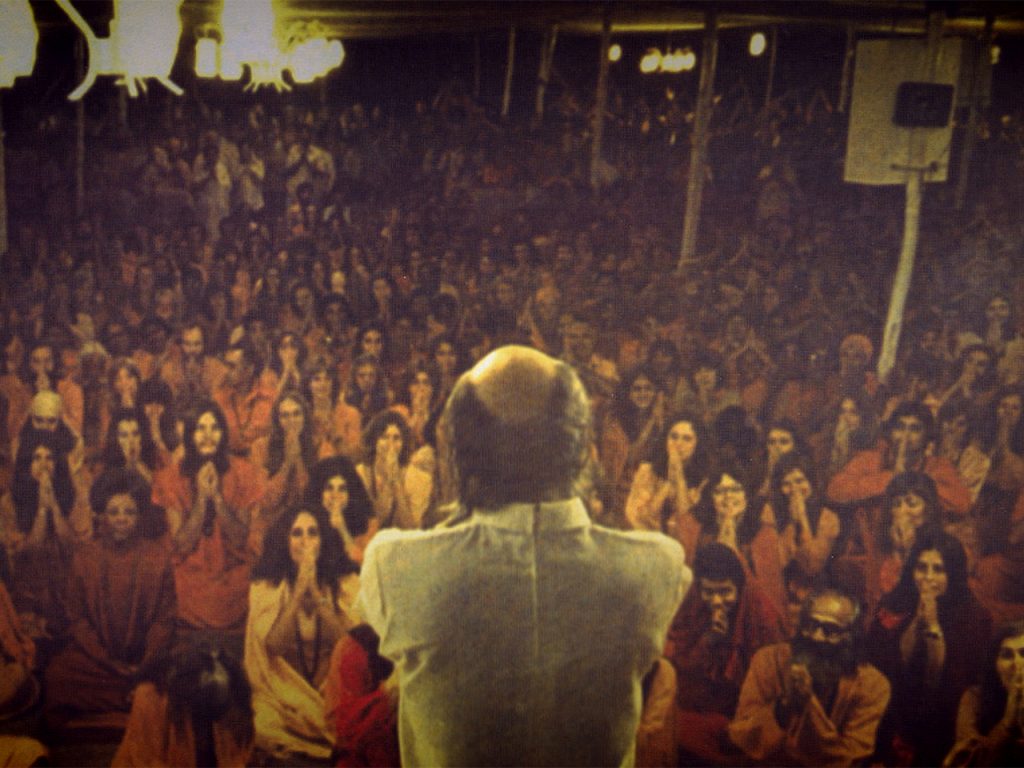 This series follows the journey of a controversial cult that moved from India to small-town Oregon in the early ’80s, resulting in a bitter and drawn-out rivalry between the locals and the followers of Bhagwan Rajneesh — a mysterious figure with a passion for eastern mysticism and western luxury vehicles. Sex, murder and some seriously memorable narrators make this doc a totally unique viewing experience. 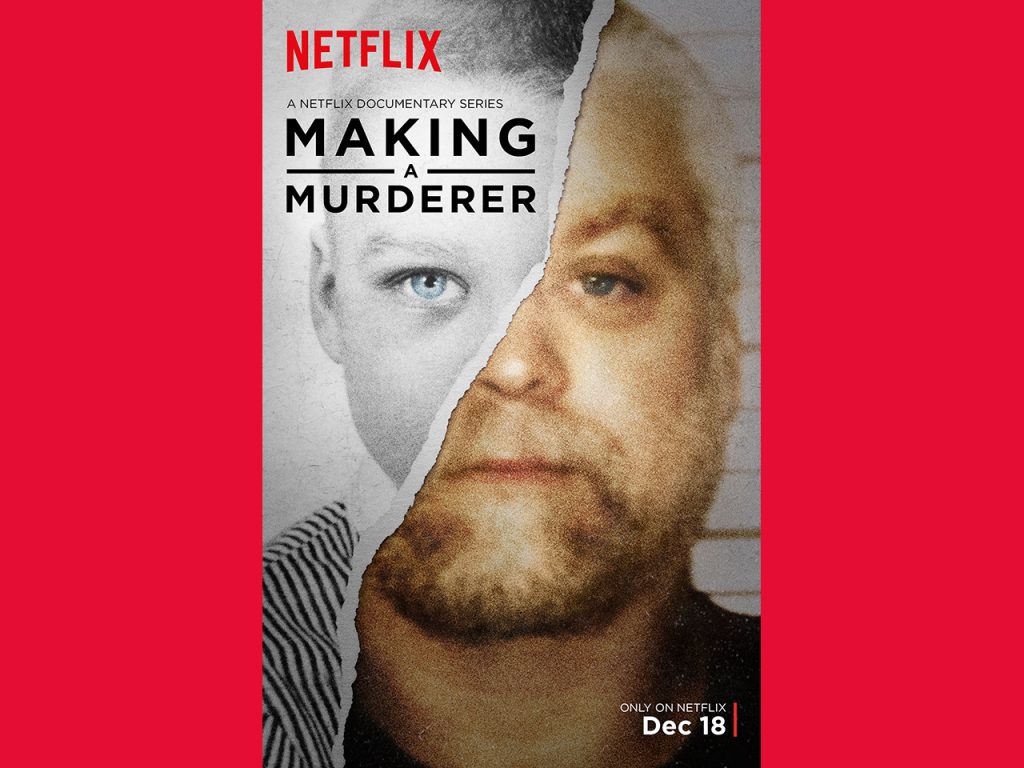 This was Netflix’s first major true-crime sensation — the story of Steven Avery, who was exonerated by DNA evidence after serving 18 years for attempted murder and sexual assault and then arrested again (midway through a $36 million wrongful imprisonment lawsuit) for a totally separate murder. The 10-part series follows his second trial. Season 2 is coming soon. 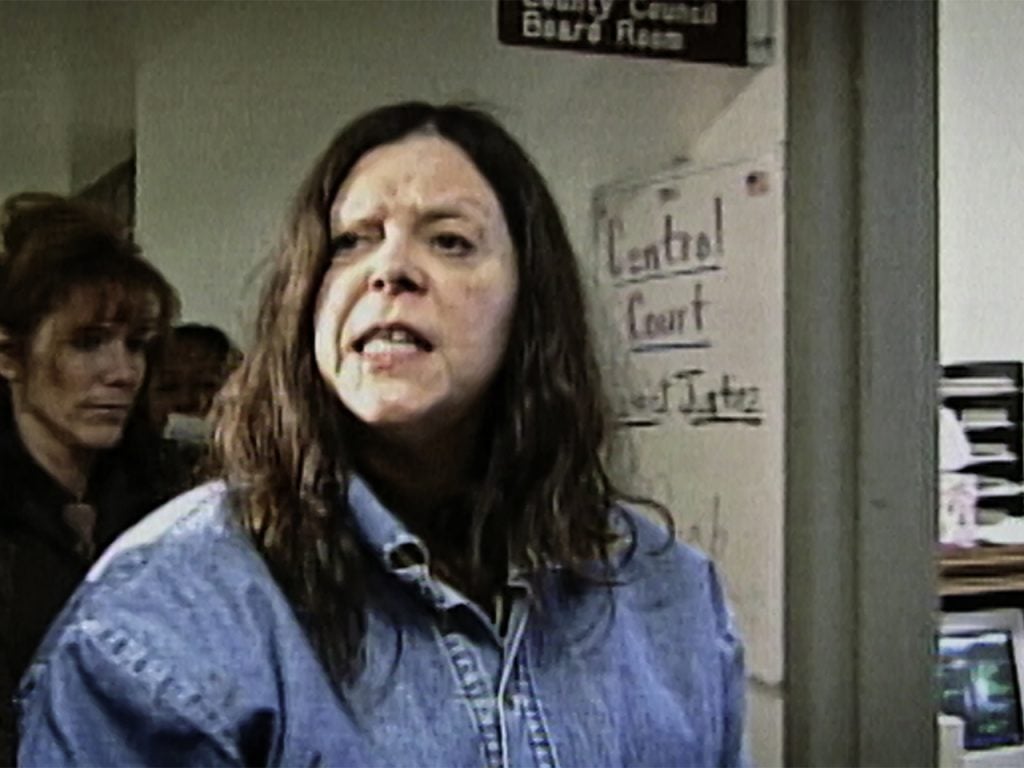 In 2003, a pizza delivery guy named Brian Wells walked up to a bank counter wearing a bomb around his neck and passed the teller a note demanding $25,000. Minutes later he was blown to pieces. But was Wells an innocent victim or part of a criminal conspiracy gone wrong? Only Marjorie Diehl-Armstrong (a mentally ill inmate who may or may not be a serial killer) knows for sure. 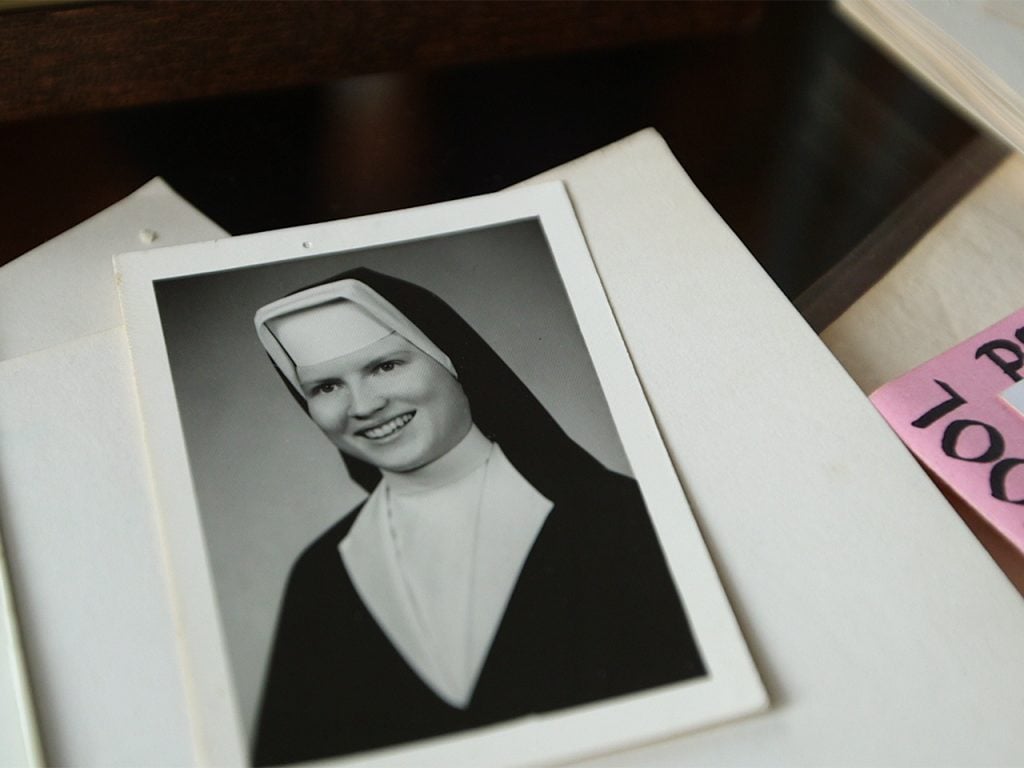 Sister Cathy Cesnik was a 26-year-old nun when she disappeared while out picking up a birthday present for her sister. An investigation into what really happened reveals a decades-long cover-up of alleged corruption and sex crimes in the Catholic church. 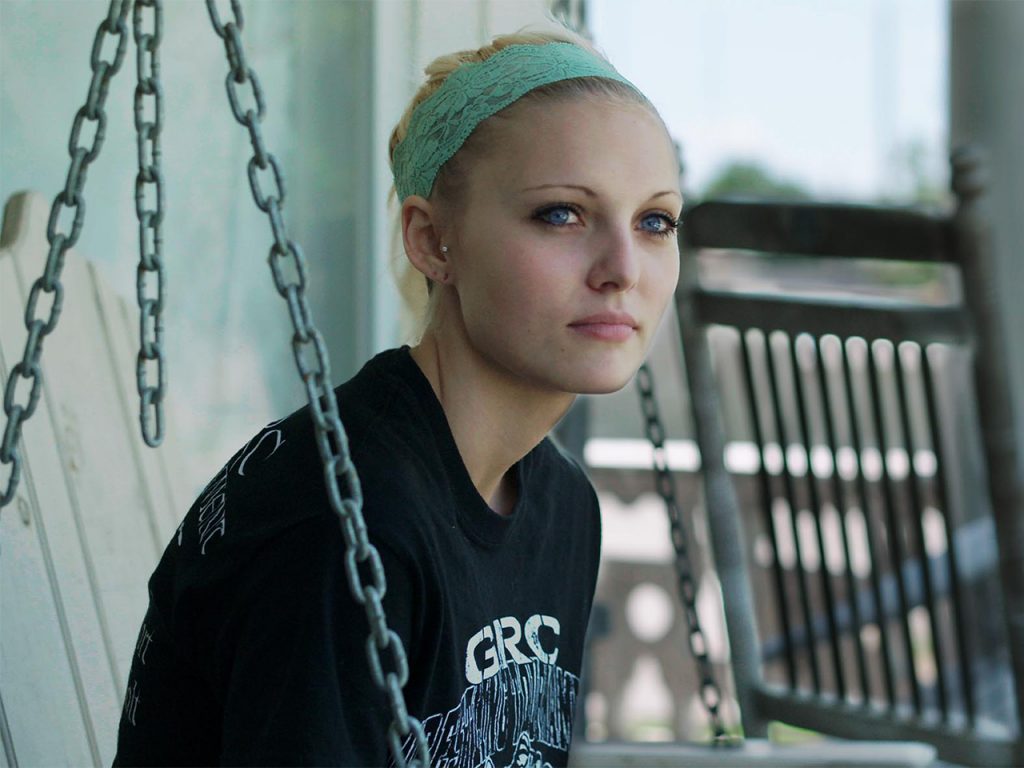 An official selection at the 2016 Sundance Film Festival, this doc explores the aftermath of sexual assault in a small American town that becomes divided by rape allegations and the trial that follows. Social media, sexism, cyber bullying and teen suicide make for a contemporary tragedy. 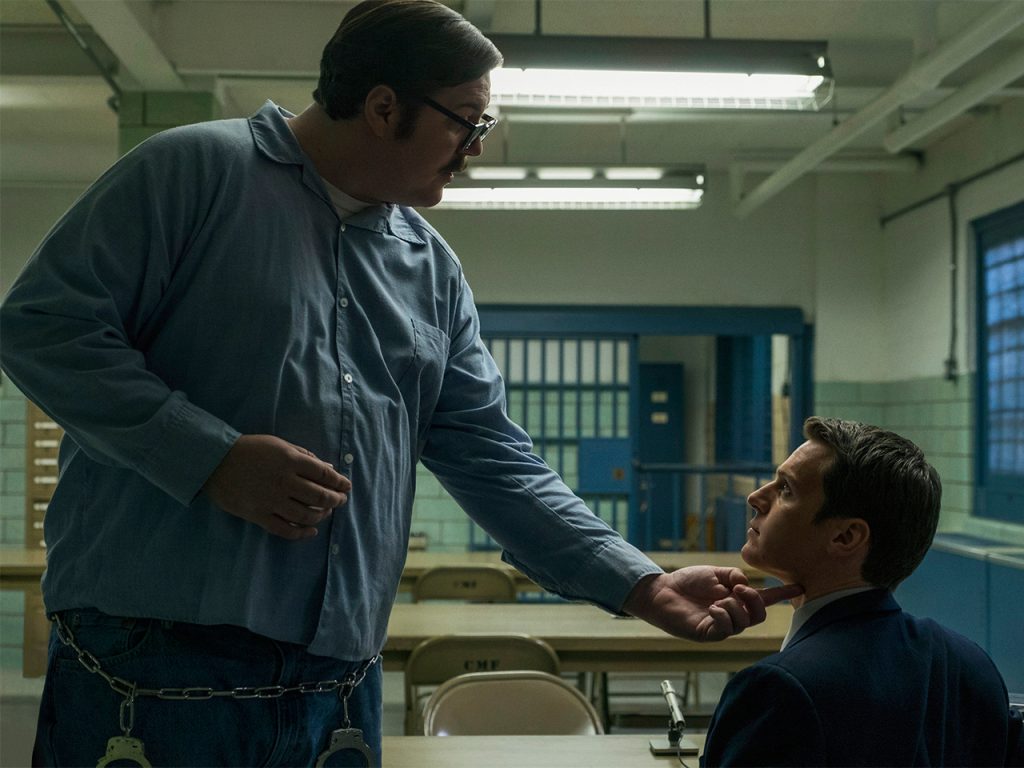 This David Fincher–produced series about the FBI’s early days in serial killer profiling is scripted (so technically not true true-crime), but the attention to historical accuracy is staggering — especially in scenes that re-enact actual interviews that took place with actual famous murderers (BTK, the Co-Ed Killer, the shoe fetish slayer), which are pretty much word for word. 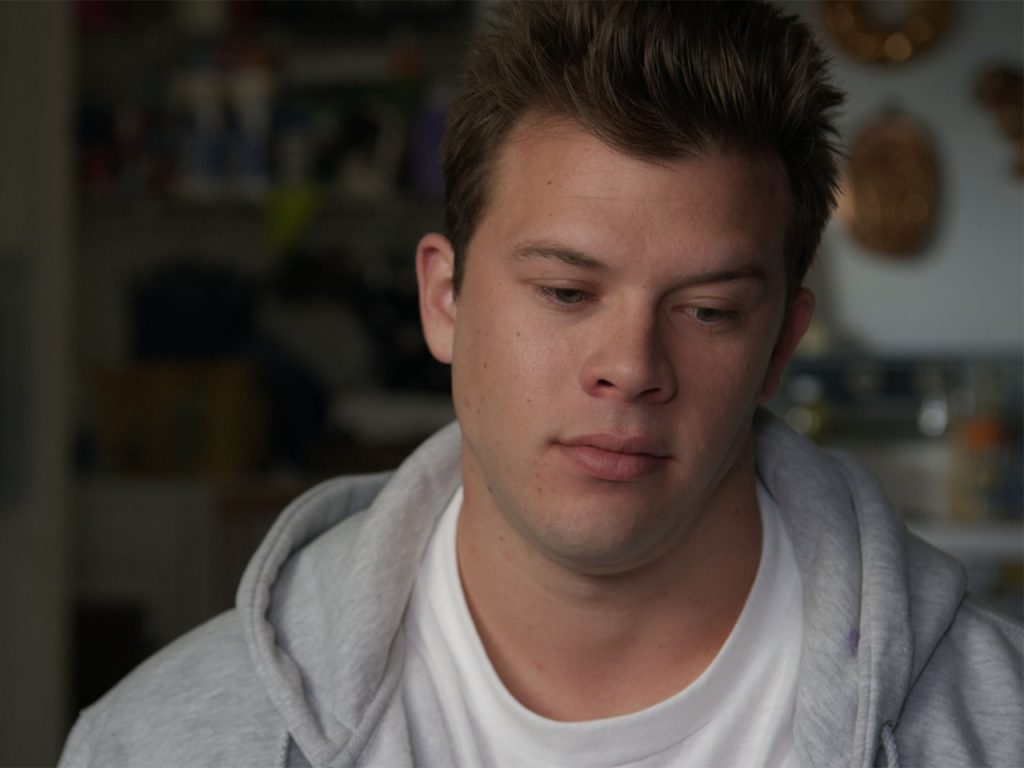 Again, this one isn’t technically true crime, but this mockumentary sending up the conventions of the genre — high school student Dylan Maxwell is accused of indecent spray painting — is a must for anyone who appreciates clever satire … and penis graffiti.