Godless Is Your Next Netflix Binge-Watch After The Crown

Downton Abbey's Michelle Dockery stars in this Western about a town where almost all the men have been killed. 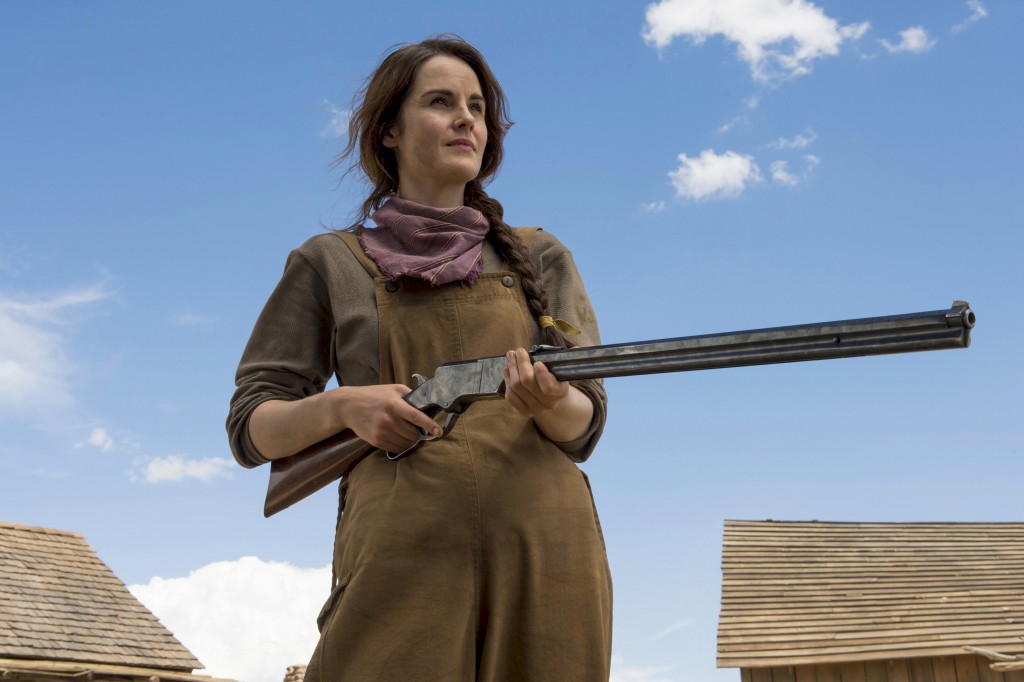 In the course of my prolific TV-watching career, a handful of really menacing “bad guys” have made for electric viewing. Marlo Stanfield from The Wire. Tommy Lee Royce from Happy Valley. Armadillo Quintero from season two of the early-aughts cop show The Shield. What they have in common is true cold-bloodedness, a willingness to do things run-of-the-mill bad guys would find abhorrent. But there always comes a moment — if the show is a good one — where the bad guy breaks down. His mom dies. His face burns. His name is taken in vain. You suddenly see feeling where it seemed there was none.

Frank Griffin might be this kind of bad guy. In the first episode of the new Netflix series Godless, Griffin, played by Jeff Bridges, rides his horse right up behind the pulpit of a small church somewhere in the New Mexico desert. A posse of very mean men wait outside the clapboard structure as Griffin, whose arm has recently been shot off, warns the worshipping folk that if he discovers anyone in town has harboured a young gun named Roy Goode, he’ll kill them all. Even at this early point in the seven-episode series, there’s good reason to believe him.

Before it premiered, there was talk of Godless being a Western about women. The story centres around a town called La Belle, where almost all the men were killed in a mining accident, and which is essentially run by the trouser-wearing, quick-draw Mary Agnes McNue, played by Nurse Jackie’s Merritt Wever. Also prominent in the cast of characters is Alice Fletcher, played by Downton Abbey’s Michelle Dockery, who is also more than competent with a firearm. They’re both terrific, but make no mistake, the main tension here is between Griffin and Goode. And while Mary Agnes and Alice are ready to fight for their independence, most of the women in La Belle disappoint when it comes to feminist principles. At least, so far.

I’m only four episodes in, and I’m pacing myself because this is one of the more entertaining series I’ve seen in a while. The setting — the hills and plains of New Mexico — is stunning, the horses get so many close-ups they may as well be listed by name on the show’s IMDB page, and there’s that moment I’m waiting for — that moment where Frank Griffin breaks. I’m pretty sure it’s coming.