Amy, Gaga, Janis and Joan? Could this to-watch list be any more stacked? 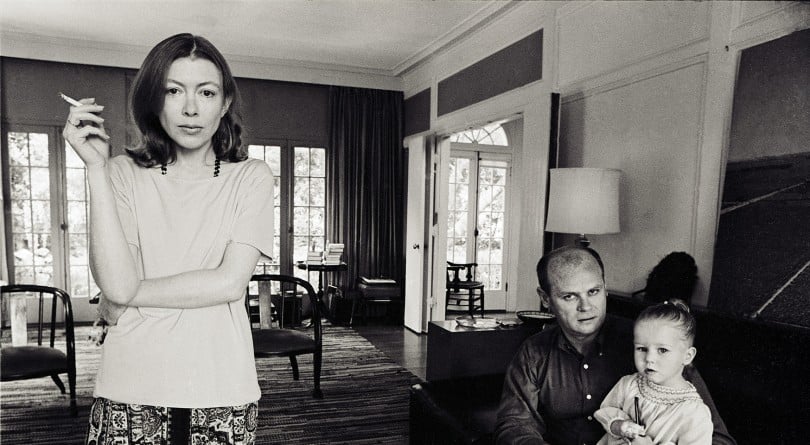 You could spend this Friday night mainlining Bagel Bites over the low hum of Friends reruns, or you could make this week’s Netflix-and-chillout session a little more highbrow. The streaming site just debuted a highly anticipated documentary about Joan Didion. In fact, Netflix is chock full of documentaries about notable style icons, poets and otherwise impressive female powerhouses — so, go ahead, make movie night an art form.

For someone of such diminutive stature, Joan Didion’s pet subjects are not for the faint of heart: war, civil unrest, murder. All the biggies. But perhaps her most visceral work centres on grief, and how tightly that narrative has woven throughout her own life. As seen in this doc — directed by Didion’s nephew Griffin Dunne — Didion’s pen remains mightier than death.

A Sundance hit, this doc — which spotlights the life of “high priestess of soul” Nina Simone —leaves no stone unturned, plumbing the iconic singer’s sky-high musical career and civil-rights activism, along with the darker points of Simone’s lifelong struggle with bipolar disorder.

The fact that Vivian Maier described herself as “sort of a spy” makes sense given what has been discovered about her creative pursuits since her death in 2009. Nanny-by-day, prolific photographer by night (and days off), Maier’s vast, posthumously unearthed catalogue of snaps shows that, occasionally, people are more knowable dead than alive.

Uneasy fame, drugs and that voice — all three of Amy Winehouse’s defining associations feature heavily in this deeply moving doc. Also featured are voyeuristic looks into the star’s notoriously private life: her troubled family, her unguarded thoughts on her love of love and alcohol, and most importantly glimpses of “the singer, in her own words.”

The strength of Janis Joplin’s signature wail came, at 17, as a surprise even to her. It’s a telling anecdote, given that the woman described in Amy Berg’s doc as “fearless with pain” and credited with “[making] a place in rock and roll for women” struggled endlessly with confidence. That voice, though.

Iris Apfel has made flamboyance into high art. (Case in point: She says “there’s truth and poetry” in getting ready for a party.) But what saves the 95-year-old socialite and fashion fixture from becoming much too much is her backstory (coming of age in Great Depression–era Queens) and her sincerity — on full display in Albert Maysles’ doc. She’s also got a wicked jewellery collection.

This work of cinéma vérité is exactly how the queen of raw pop would want it. Filmed during the production of Gaga’s fifth album, Joanne, this doc chronicles the star’s harrowing, behind-the-scenes experience of chronic pain, the construction of her epic Super Bowl stage show and even a salacious feud or two for good measure. It’s still show biz, after all.

Best known for her autobiography, I Know Why the Caged Bird Sings, Maya Angelou actually lived many lives: she was a singer and dancer in her youth, an activist in her mid-years, and an American icon in her twilight. Get to know her, in her own words, and supported by a cast of equally illustrious Americans: Bill and Hillary Clinton, actress Cicely Tyson and, praise be, Oprah.