The best titles to binge-watch while we wait for our cities to open up. 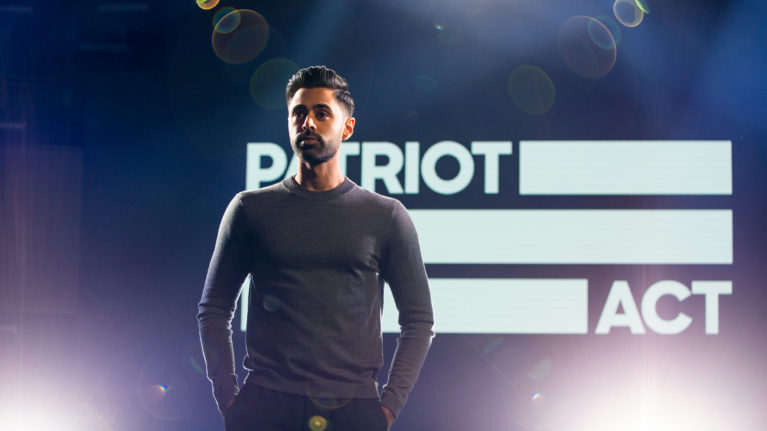 During a period when the global entertainment industry is still mostly in stasis, the big news from Netflix is that they have so many subscribers they can afford to give a few of them a break. In late May, the company announced via a blog post from their director of product innovation Eddy Wu that it will start cancelling accounts that haven’t been used for over a year. Those subscribers will get a notification that their membership will be cancelled unless they confirm that they want to keep their subscriptions going.

The idea is to target unused accounts where the user is still paying monthly fees, but has forgotten to cancel or doesn’t know how. Wu said that these accounts represent “less than half of one per cent of our overall member base,” so they won’t be losing much money compared to the value of the positive publicity they’ll be getting.

Netflix in June: What you should watch

This is Netflix’s entry in the booming business of comedians explaining the news. Minhaj is a former Daily Show contributor whose Netflix show has won Peabody and Emmy Awards, and is also one of the few Netflix shows that uses a weekly release format instead of dropping all the episodes at once. The new batch of episodes was due to begin in March, but was delayed due to the COVID-19 crisis. Now that it’s back, Minhaj has begun with a look at an aspect of the crisis that hasn’t received as much coverage: people who can’t pay their rent due to the crisis but face eviction if they can’t pay.

Spike Lee’s new film, his first since the Academy Award-wining BlacKkKlansman, is about four Vietnam veterans who go back to the country to find the place where their squad leader is buried, and to look for treasure that might also be buried nearby. The flashbacks in the film include Chadwick Boseman as the squad leader, but Lee had the four veteran actors (including Delroy Lindo as a MAGA-hat-wearing Trump supporter) play the same roles in the flashbacks, with no attempt to use the de-aging techniques famous (or infamous) from The Irishman. Asked about this decision, Lee said that Netflix wasn’t giving him the kind of budget that it gave Scorsese on The Irishman, but that ultimately the choice worked artistically. Official press notes say that the flashbacks illustrate how “current dilemmas and even ailments colour recollections of their former selves.”

Netflix may be an American company, but they’re increasingly a global entertainment company, so they sometimes pick up films that might be a bit politically risky for U.S. studios. For example, this one, which was shot on location in Cuba and told from the point of view of people spying on the U.S. on behalf of Castro’s Cuba, a country that the U.S. still has an embargo against. Think: “The Americans” if the Cold War was still going on. Olivier Assayas (Irma Vep) wrote and directed the film, based on the non-fiction book, The Last Soldiers of the Cold War about the Cuban Five, a group of spies who infiltrated Cuban exile groups in Florida. Édgar Ramírez plays a pilot who becomes one of the five, and Penélope Cruz plays his wife.

This comedy, starring Will Ferrell (who also co-wrote and co-produced) and Rachel McAdams, has a rather charming premise: Ferrell and McAdams play two would-be singers who get a chance to perform on the famous song contest of the title. Ferrell first saw the contest 20 years ago and fell in love with its adorable cheesiness: “I was slack-jawed. I couldn’t believe what I was watching…the spectacle, the humour—it was intoxicating.” The film was originally supposed to come out in theatres at the same time as the actual contest. The contest was cancelled due to the pandemic, and the film went to Netflix, where it can serve as a reminder of how much fun the real contest can be.

It’s Okay to Not Be Okay (NETFLIX ORIGINAL)

Kim Soo Hyun and Go Moon Young star in this drama series about a romance between a writer and a health care worker.

A documentary about the teen pop girl group BNK48 as they prepare for a major gig.

The Show Must Go On: The Queen + Adam Lambert Story

Originally released in 2018 under the less inspirational title “Breaking the Bee,” Sam Rega’s documentary looks at four Indian-American children competing in the Scripps National Spelling Bee, and the run of success Indian-Americans have had in that competition. Netflix’s release was originally intended to coincide with this year’s Spelling Bee, which has been cancelled.

The Fast and the Furious

The Fast and the Furious: Tokyo Drift

The second season of the new adaptation of Keisuke Itagaki’s manga (adapted into a previous series in 2001), about a young would-be warrior roaming the earth in search of underground martial-arts competitions to fight in.

Can You Hear Me / M’entends-tu? (NETFLIX ORIGINAL)

In the powerful final season of 13 Reasons Why, Liberty High School’s senior class prepares for graduation. But before they can say goodbye, the crew of friends will have to band together one last time to keep a dangerous secret buried, try to make peace with the past four years, and face heartbreaking choices that might alter their lives forever. Showrunner Brian Yorkey and stars Dylan Minette, Grace Saif, Christian Navarro, Alisha Boe, Brandon Flynn, Miles Heizer, Ross Butler, and Devin Druid return for a fourth and final season that’s full of twists, turns, and the resounding message that you can’t move forward if you’re still haunted by the past.

From director Anurag Kashyap, this drama film stars Saiami Kher as a bank worker who is tempted to pay off her musician husband’s debts and give herself a better life.

Based on the independent comic by writer Rick Remender and artist Greg Tocchini, this sci-fi-crime film is about a group of criminals who team up to pull off one last heist before government mind-control makes it literally impossible for people to commit crimes.

Netflix’s reboot of the iconic 2000s makeover series “Queer Eye for the Straight Guy,” where the hosts go to different U.S. cities (this season, Philadelphia) to makeover drab, working-class people.

Teen Titans Go! To the Movies

In this Italian series, a woman moves back to the village where she grew up. When she disappears, her twin children discover that the town is more than it seems, and uncover secrets from their mother’s past.

This documentary series is an in-depth look at a major New York City hospital and the people who work there. It was filmed before the pandemic.

A Brazilian remake of the British comedy series “Dead Set,” a comedic mashup of two reliable genres: the hosts of a reality show must survive when flesh-eating zombies invade their set.

Netflix’s dating series forces its contestants to go on blind dates with five different people in every episode. This season takes place in New Orleans.

Netflix’s animated family sitcom, set in the 1970s and co-created by lead voice actor Bill Burr and Michael Price (The Simpsons). This season, the Murphy family deals with issues like annoying parents, childbirth and hockey.

Koy has been one of the most prolific of Netflix comedians, but for this special, he did something, well, special: he taped it in the Philippines to get in touch with his mother’s home country and his roots as a Filipino-American. The special will feature guest appearances from other Filipino-American performers.

Kipo and the Age of Wonderbeasts: Season 2 (NETFLIX FAMILY)

In the first season, Kipo and her friends had to navigate a post-apocalyptic world of mutated animals. This season, she continues to learn more about the new world, but she has super powers to help her.

Based on a true story, this series (Spanish title: Historia de un crimen: La búsqueda) deals with secrets that are revealed during the search for a child who vanished from a wealthy Mexico City neighbourhood.

A six-part series based on Harlan Coben’s 2007 novel of the same name, about a prosecutor who believes his sister was murdered by a serial killer 25 years ago, until one of the serial killer’s other alleged victims turns up. The series transplants the story from America to Poland.

ONE PIECE: Enter Chopper at the Winter Island

ONE PIECE: Entering into the Grand Line

Sicario: Day of the Soldado

Heather Wordham’s unusually ambitious take on the Disney-style family sitcom focuses on Alexa (Paris Bereic), a teenaged girl in treatment for cancer, and Katie (Isabel May) her best friend

London cop Marcella (Anna Friel) is believed to be dead after the events of the first two seasons, but she’s actually undercover in Ireland, using her new identity to infiltrate a crime family.

Gabriel Iglesias plays a high school teacher who tries to help gifted students realize their full potential, in a multi-camera comedy in the tradition of “Head of the Class.”

A Whisker Away (NETFLIX ANIME)

A girl decides that the best way to get close to the boy she loves is to turn herself into a cat, but she may not be able to turn back into a girl.

Jake Manley stars as a student at a college where, instead of jocks versus nerds, the primary conflict is between magicians and werewolves.

A documentary series following the lives of 15 newly-born babies, to explain the latest science on how babies learn to understand the world.

This documentary deals with a military family whose relationships are tested after the father is seriously wounded while serving in Afghanistan.

A failed Broadway dancer (Sofia Carson) tries to train a group of small-town teenagers for a group dancing contest.

Inspired by the popular game where children must jump from one piece of furniture to another, only this time, they have to do it because the floor is actually made of lava, or a reasonable facsimile.

In this car chase thriller, a brilliant mechanic (Alban Lenoir) must find a missing bullet that could clear his name of a murder charge, but the bullet can only be found through car chases.

Brazilian period drama about women living and working through the huge social changes of the 1960s.

In Netflix’s first original Turkish film, two strangers meet on a train and discover that they share a connection from their pasts.

In Ryan Murphy’s series, each season is about a different election in the career of Payton (Ben Platt), who will do or say anything to become president someday. This season, Payton runs for State Senate.

One of many animated children’s series produced for Netflix by DreamWorks Animation, about a town mostly populated by characters from familiar nursery rhymes.

Anne with an E: Season 3

Documentary about the Indianapolis Star journalists who broke the Larry Nassar scandal, and gymnast Maggie Nichols, the then-anonymous “Athlete A” who was the first to reveal his abuse.

Cooking competition show whose gimmick is that the set itself is made of edible ingredients and the contestants have to make their dishes from it.

A former child star has been so traumatized by his experiences that he’s become an almost total recluse.

Colombian series (“Living to Love”) about a romance between a singer (Ana María Estupiñán) and a Mechanic (Carlos Torres).

Documentary series about different types of sports in different parts of the world.

BNA stands for Brand New Animal, in this series about people who have been transformed into humanized animals.

George Lopez: We’ll Do It For Half  (NETFLIX COMEDY SPECIAL)

The comic and sitcom star in his first Netflix special, taped in San Francisco.