Trudeau puts the 'prime in prime minister,' according to a new book that I read so you don't have to. Here are the funniest bits. 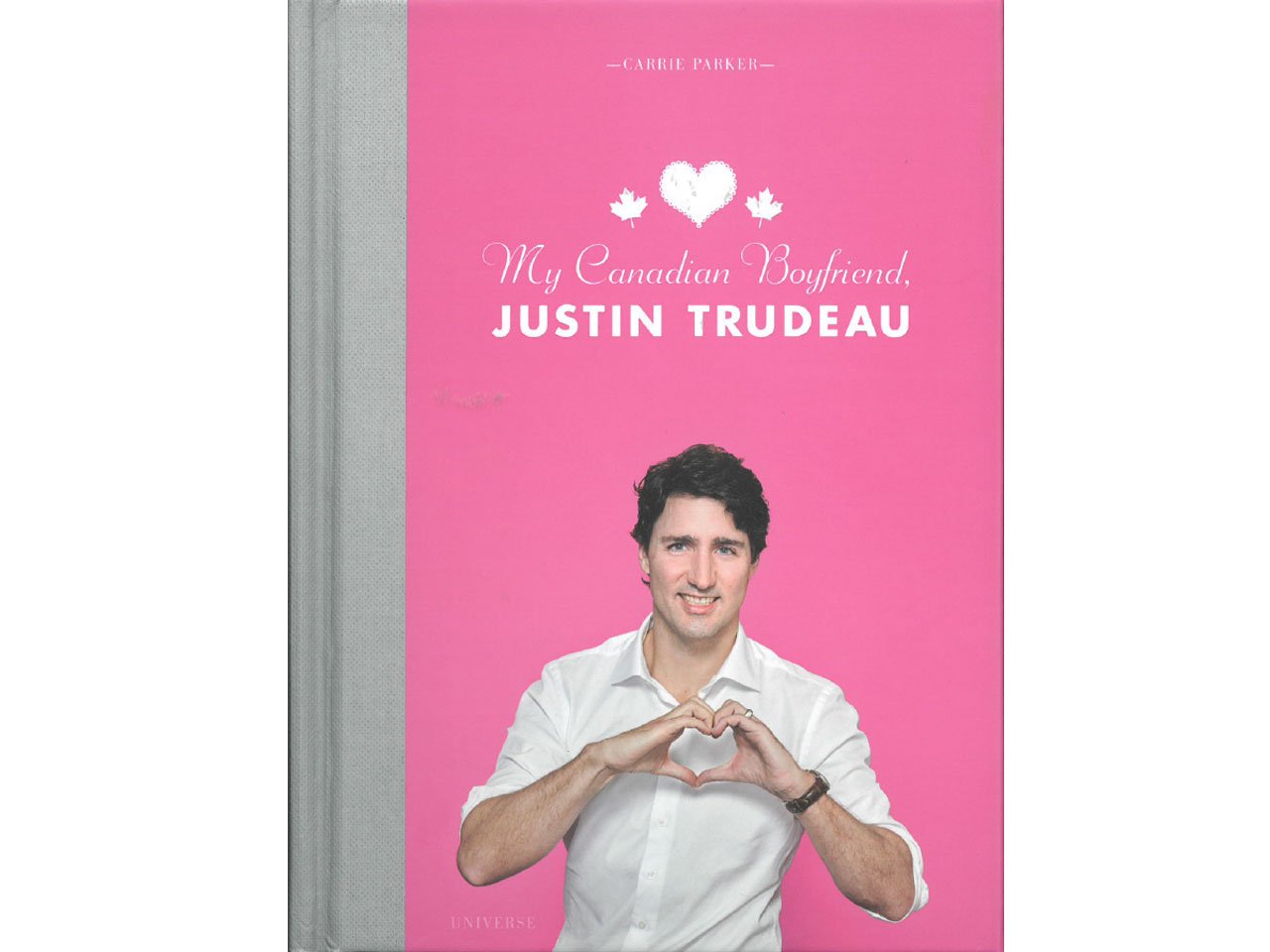 My Canadian Boyfriend, Justin Trudeau is due out later this month.

Hot on the heels of the best-selling Justin Trudeau, My Canadian Boyfriend calendar is a new … uh … book(?) from the same American company, Universe Publishing. My Canadian Boyfriend, Justin Trudeau is, essentially, 127 slapped-together pages of lo-fi photographs of Trudeau with breathy captions about the man who, according to the book, puts “the prime in prime minister.”

The book is written by Carrie Parker, who, according to the back cover, is “not real, but her Trudeauly, madly, deeply love for Justin Trudeau is.” 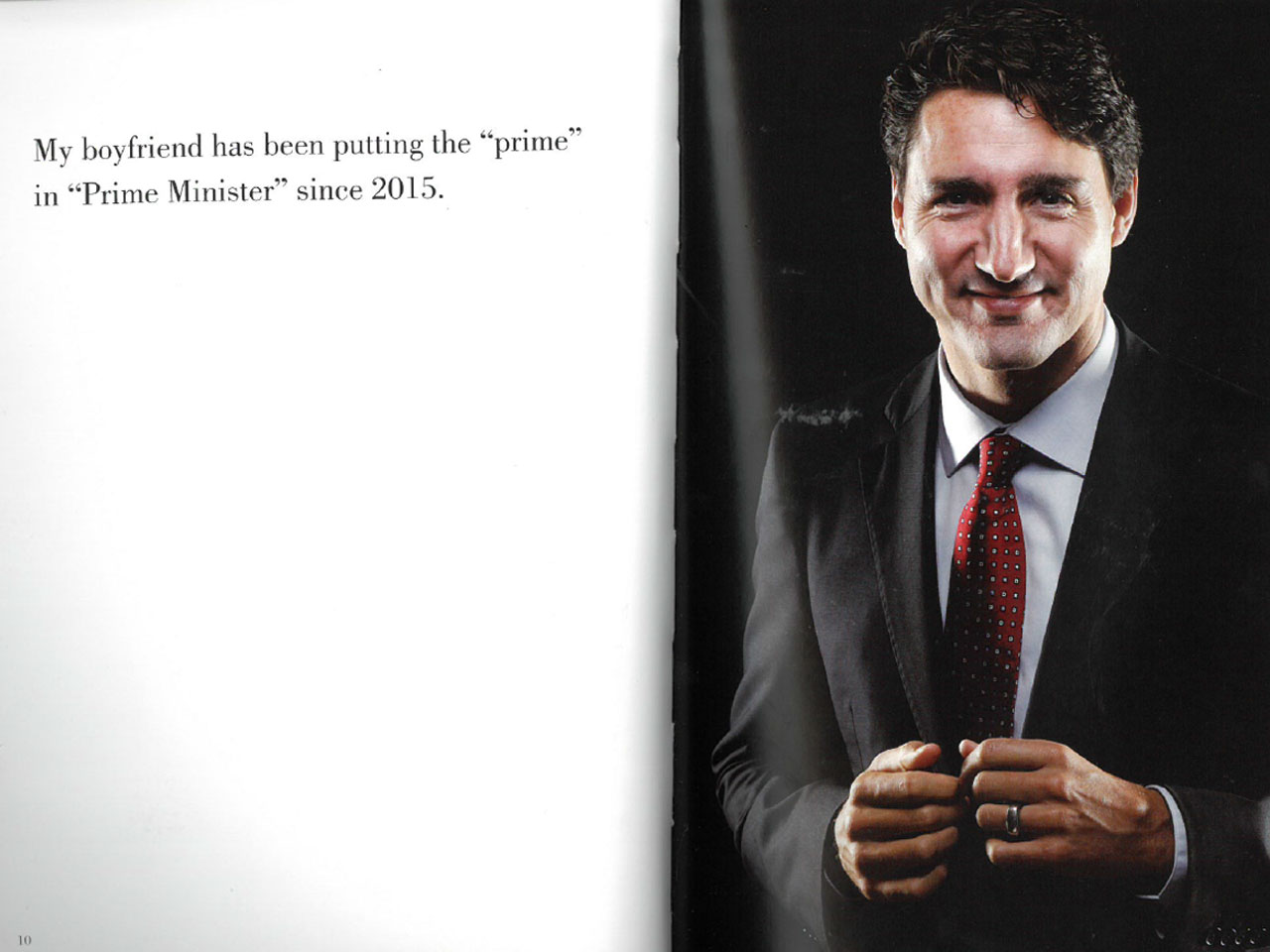 A page from My Canadian Boyfriend, Justin Trudeau.

“His compassion and kindness, not to mention his killer bod, make him the primest minister I’ve ever seen,” writes the author in the introduction. “With Justin right across the border, my nerves are calmed, my heart beats faster, and my fears become bête noires — because that sounds more French Canadian and, therefore, nice.”

As you may have already guessed, this book is pretty terrible. But it’s the best kind of terrible: charming, typo-filled, and laugh-out-loud funny.

I devoted five minutes this morning to reading the entire book so you don’t have to. (You’re welcome.) Here are the funniest bits: 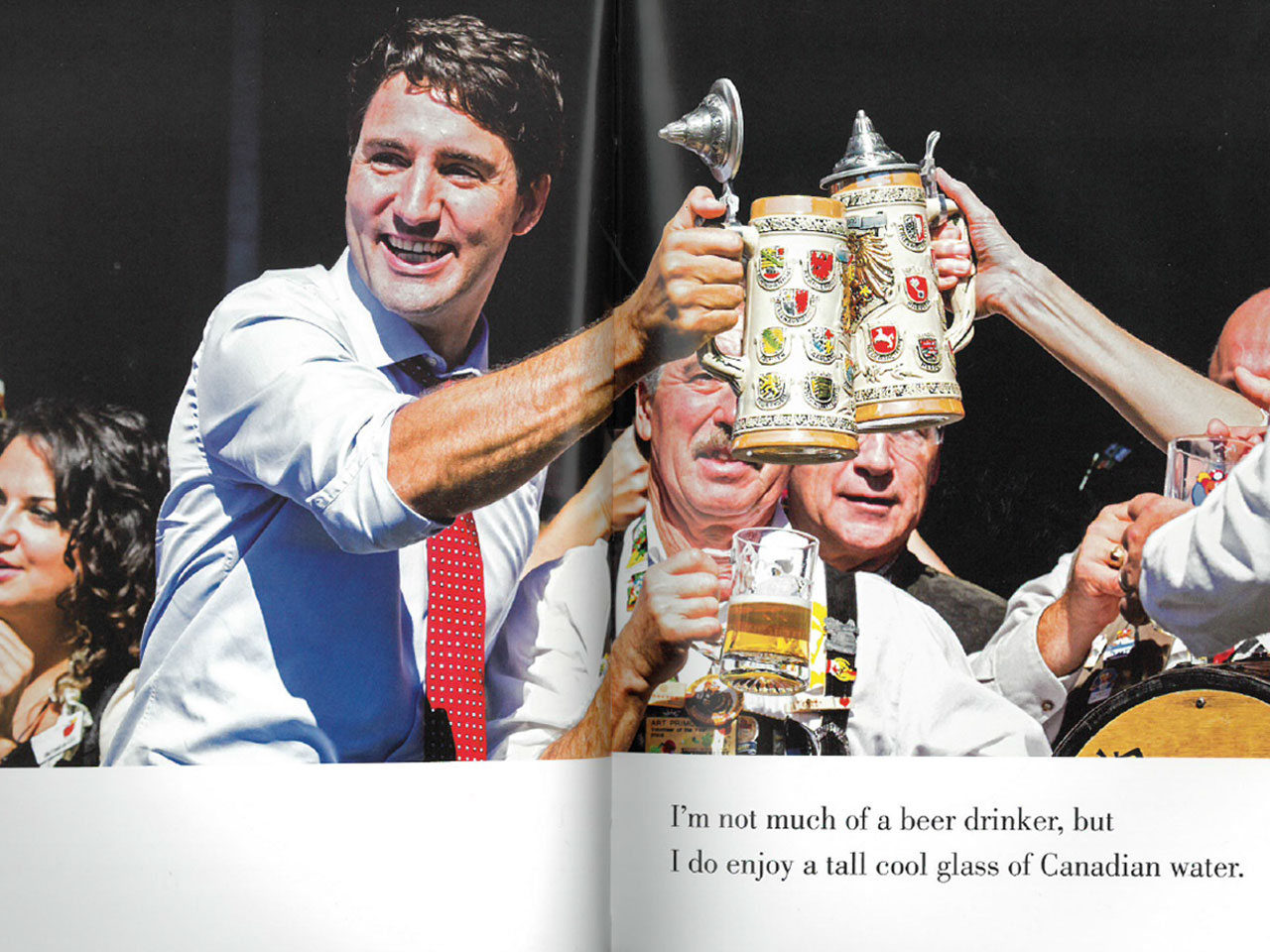 And who doesn’t, really? 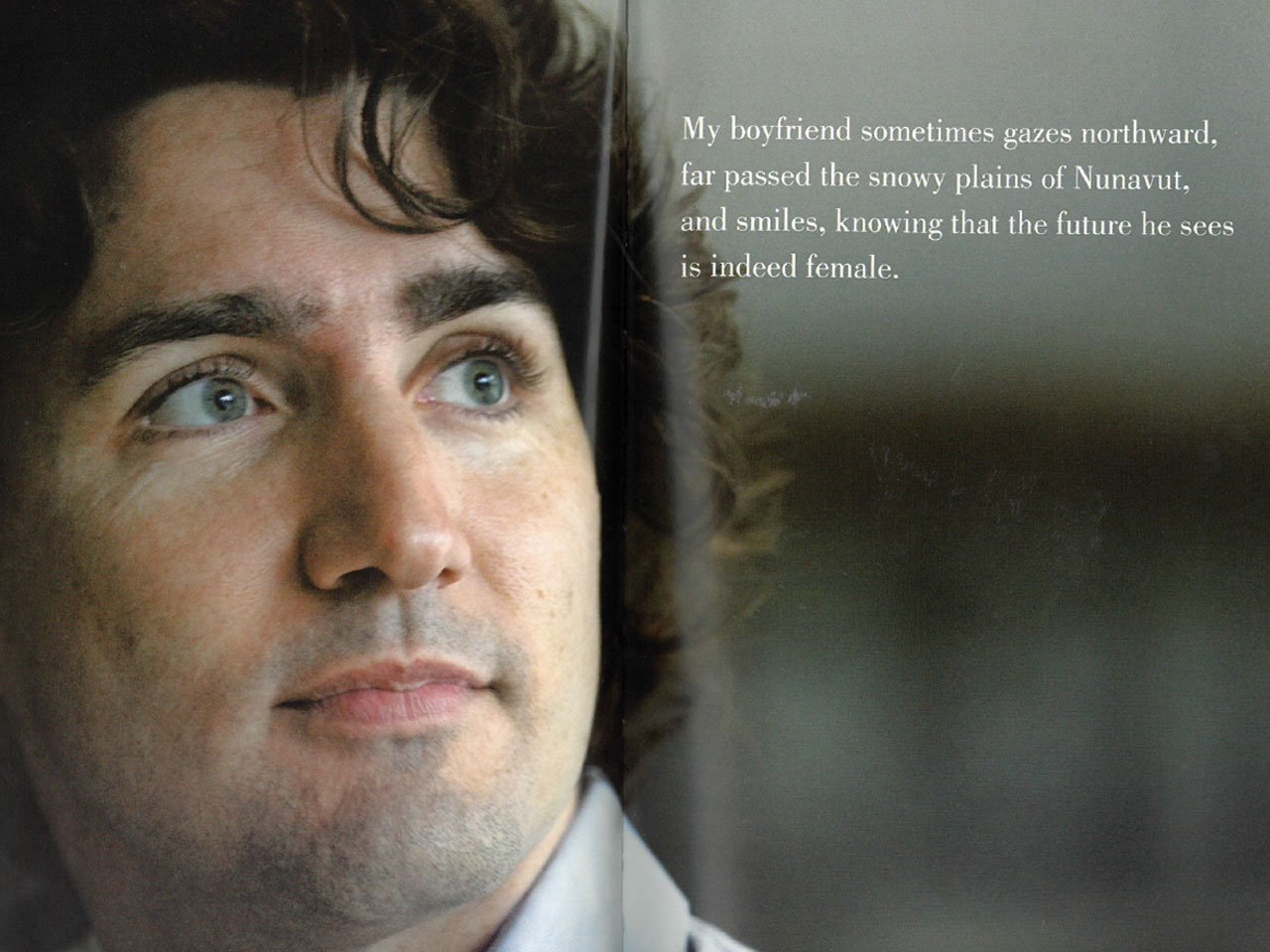 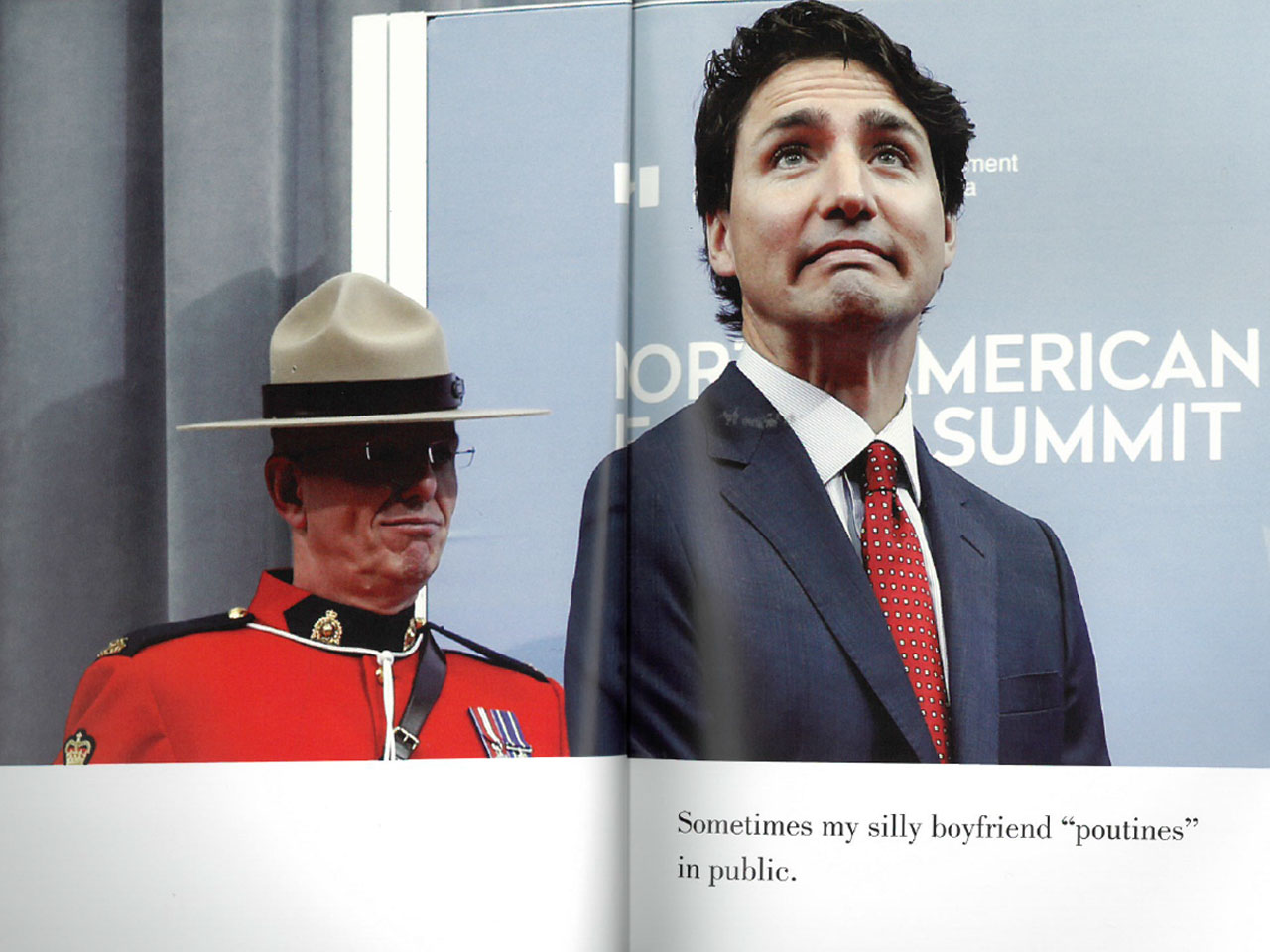 I’m not sure Carrie Parker knows what poutine is (or bête noire, for that matter). 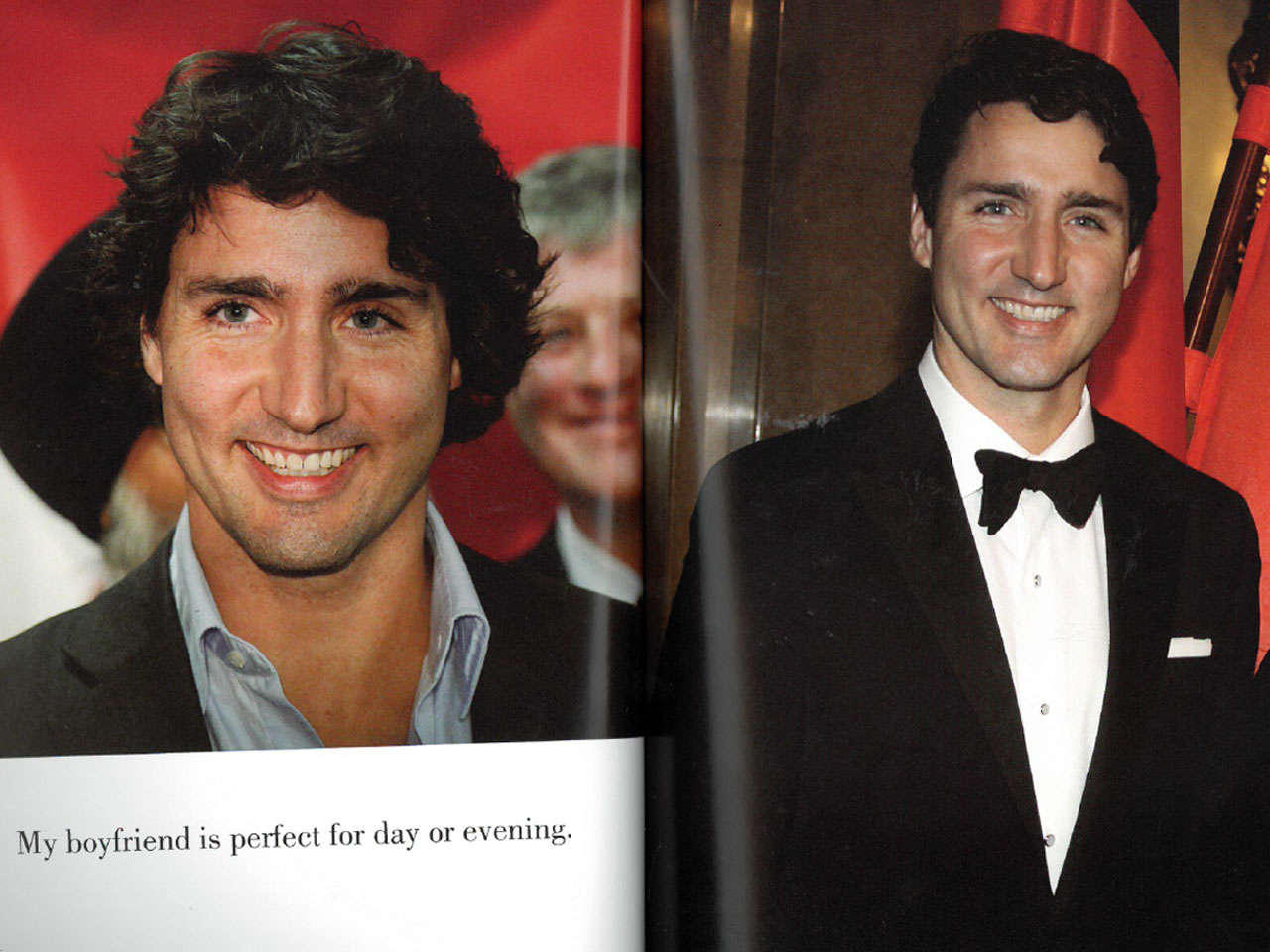 Can’t argue with a bow-tie. 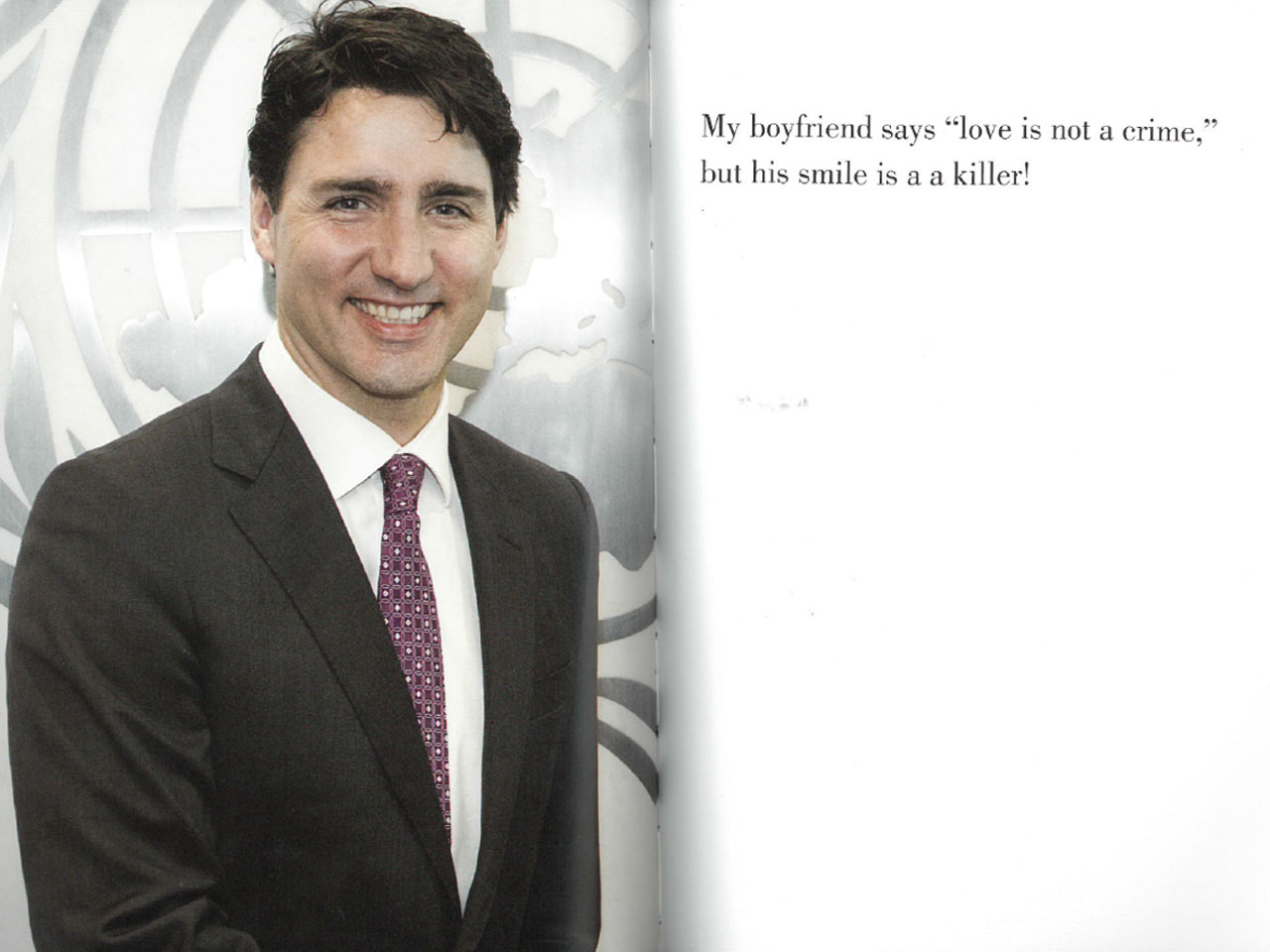 A a copy editor’s nightmare. 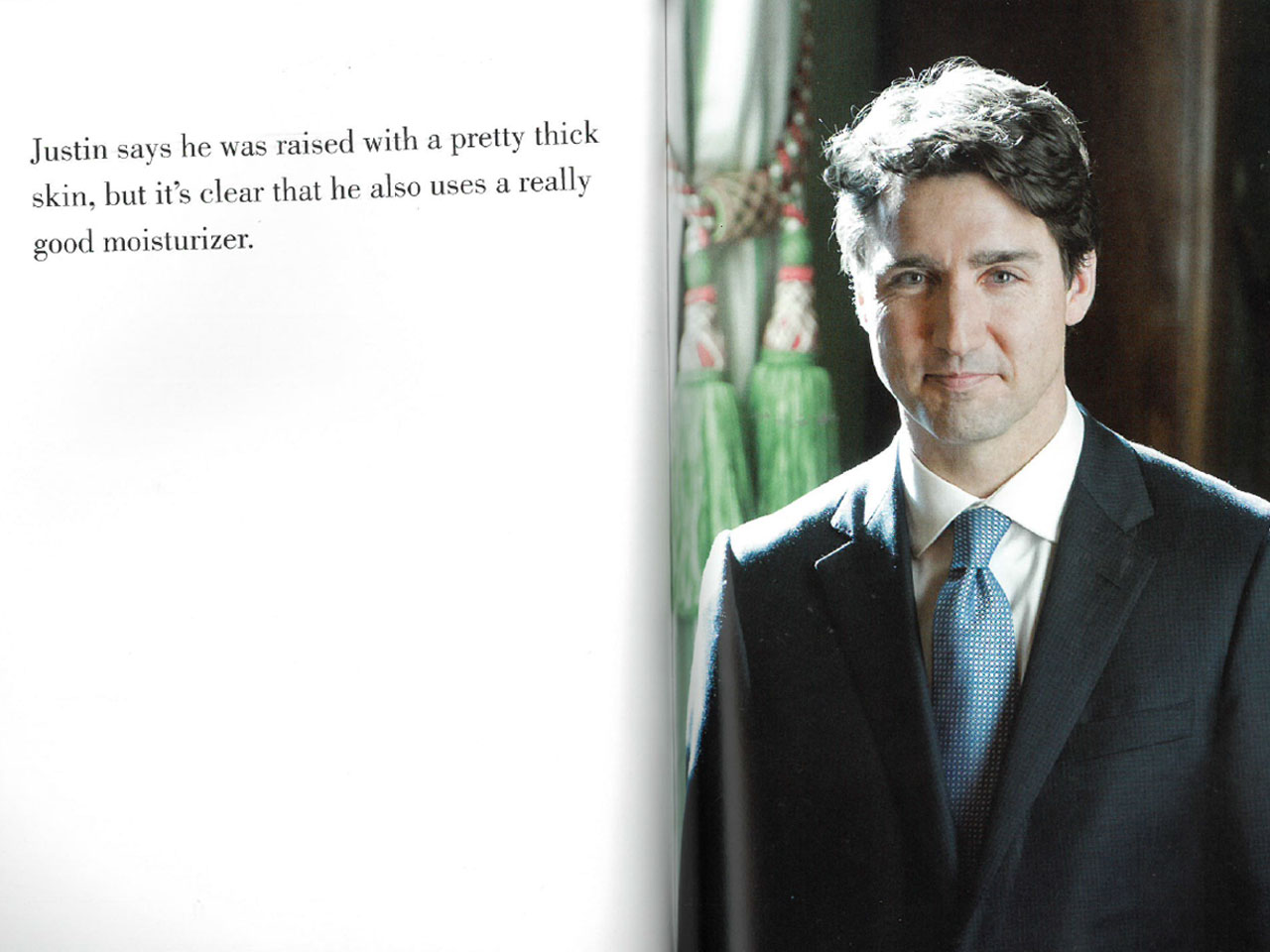 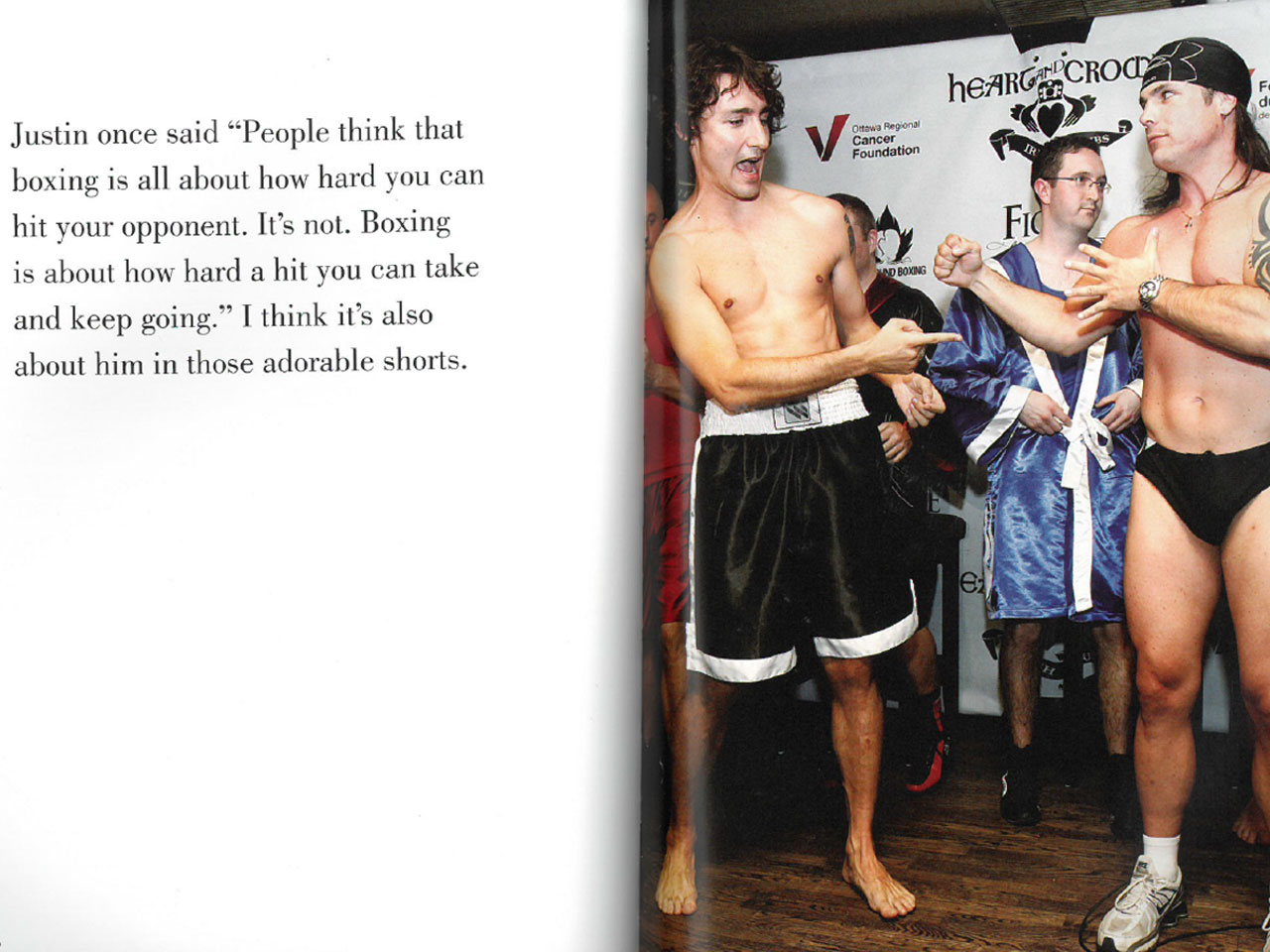 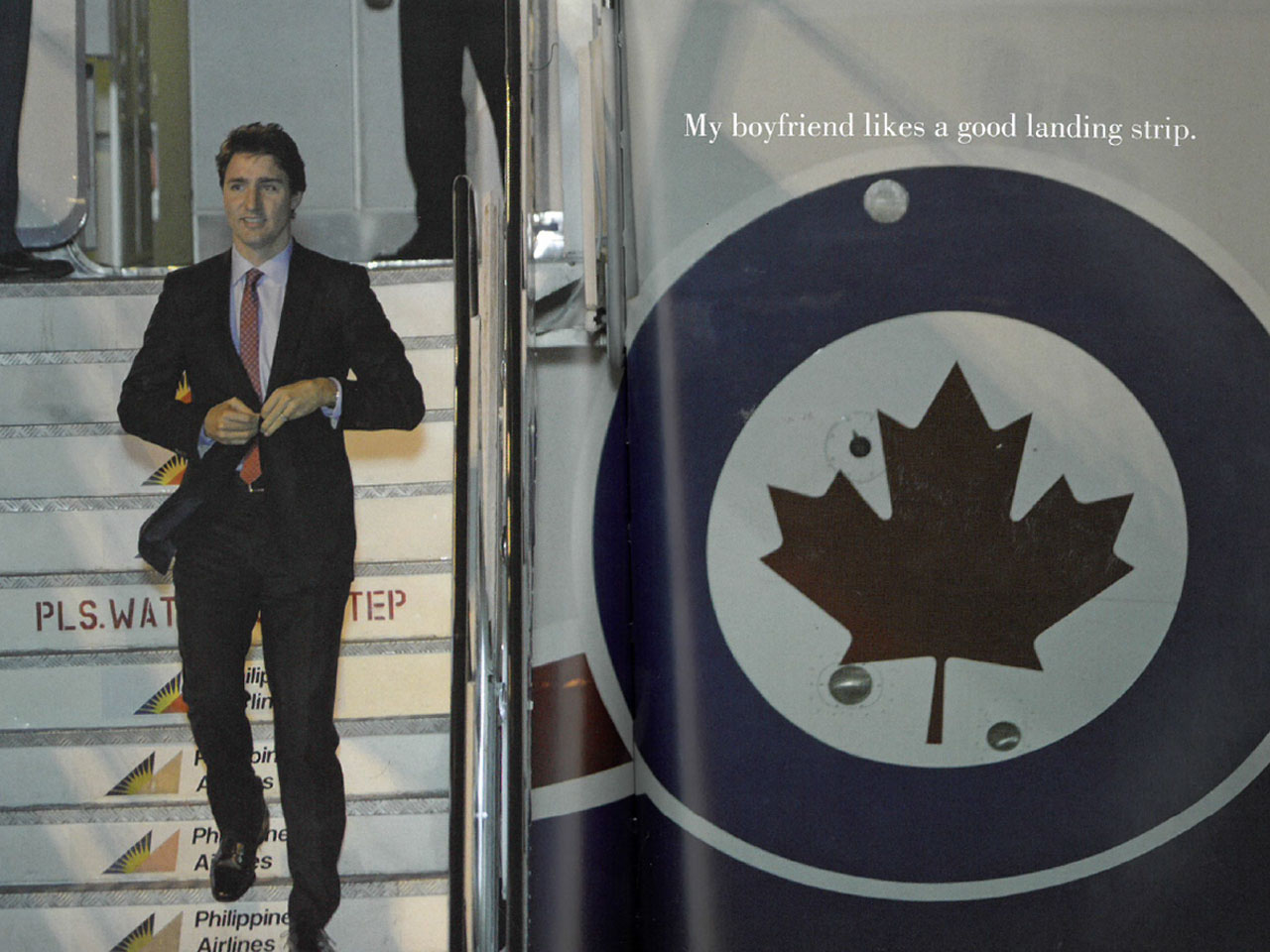 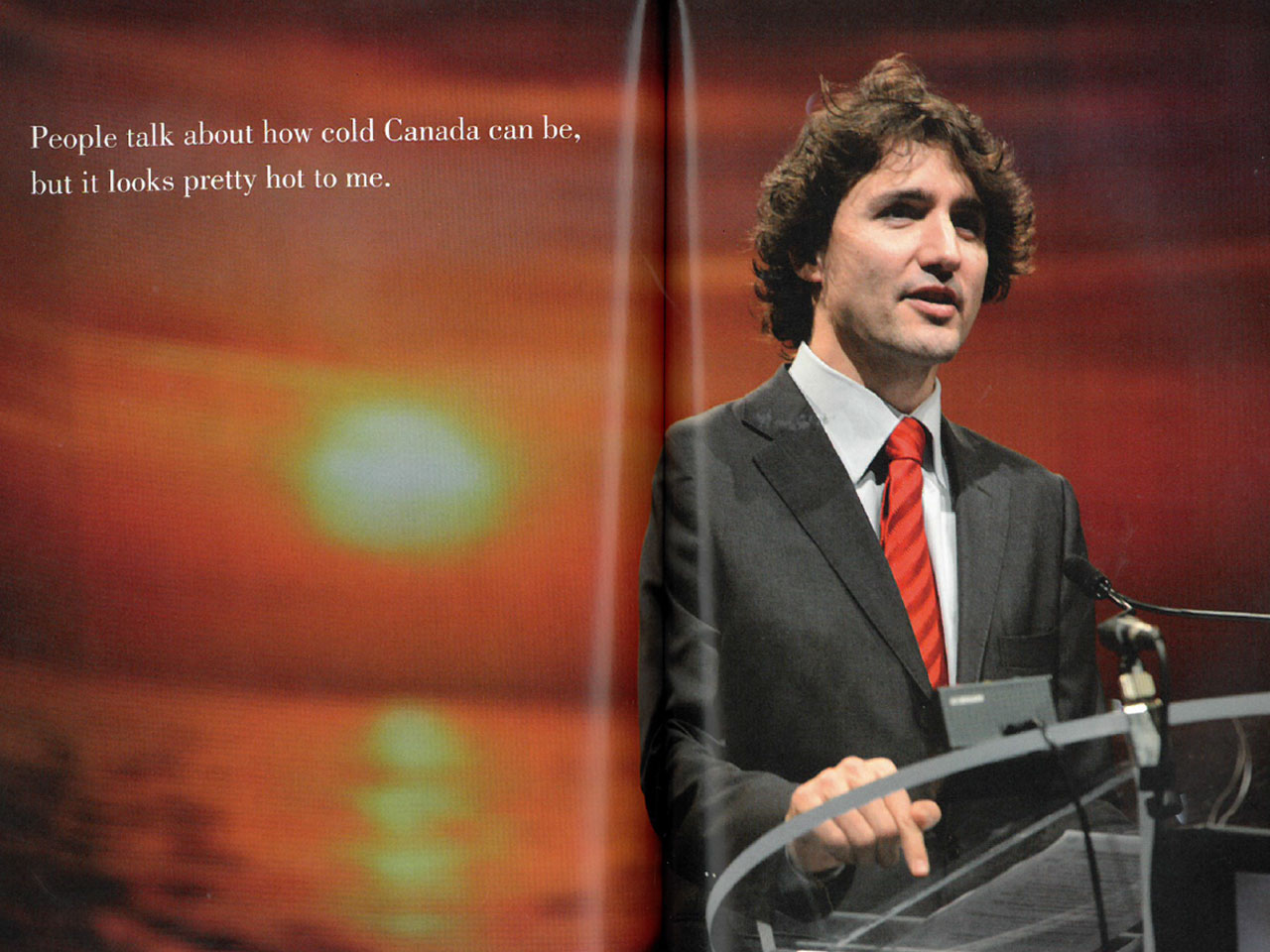 Left wanting more? You can pre-order the book now on Amazon, and read the full thing when it’s released Feb. 20.

Watch: Justin and Sophie try not to react while listening to Donald Trump