It’s fun and smart too! 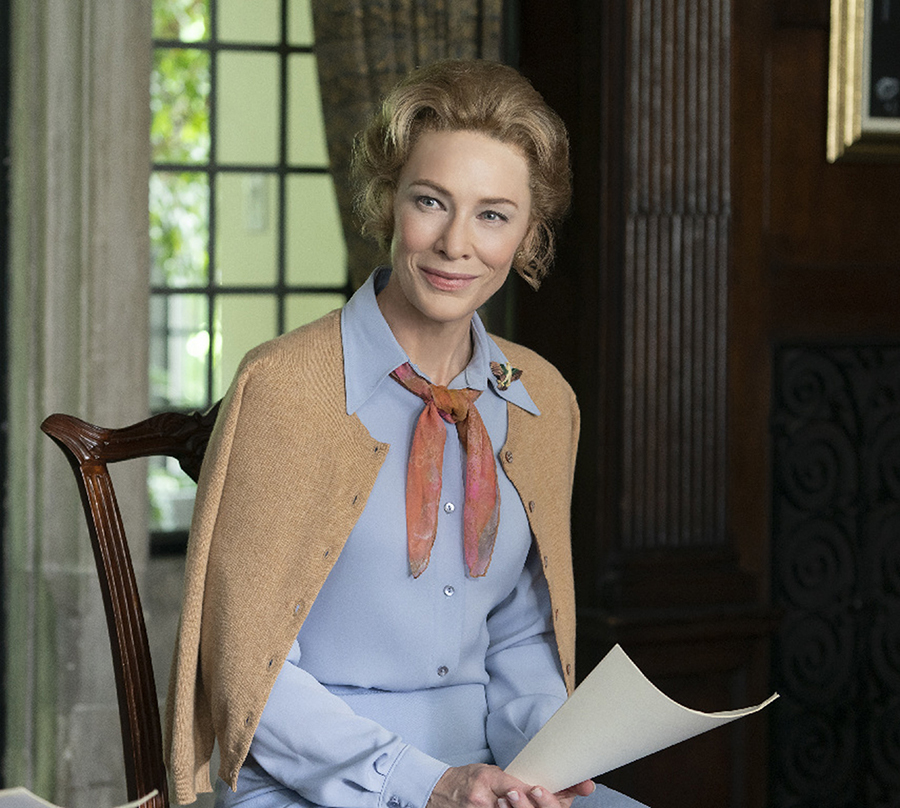 I bought the entire first season of the new FX drama Mrs. America on iTunes (the first episode is free on iTunes if you want to try before you buy) for $20. Unlike the time I splashed out on a season of Louie, I don’t regret the expense. Set in 1970s Vietnam-era America, the nine-part series focuses on the fight to get the Equal Rights Amendment ratified–the proposed Constitutional amendment guaranteed equal legal rights to all Americans regardless of sex. Considered a bipartisan slam dunk initially, the ERA ran into vocal opposition from Stop ERA, a Conservative group of anti-feminists led by right-wing author and self-proclaimed homemaker Phyllis Schlafly (played by Cate Blanchett).

The series—which you can watch in Canada on FX, a channel that’s on free preview if you have Bell cable until May 11—brings Schlafly and a cast of boldface feminist icons to life. Each woman gets a full episode in the spotlight, but Schlafly and her ascension from right-wing cult figure to Conservative cultural force is the dramatic through line.

There’s good reason for that. Schlafly isn’t a one-woman band, or historical blip. She’s a cultural boomerang that keeps coming back and hitting us in the head. Sexism, racism and class conflicts aren’t merely curious anthropological artifacts like shag carpeting, and you don’t need to time travel to 1972 to see how predatory ideologies cloaked in nostalgia effectively trump (yes, I said it), progressive politics that seek to redress chronic societal wrongs.

Here are five reasons to give Mrs. America a whirl.

Cate Blanchett is so good

As Phyllis Schlafly, Cate Blanchett captures the comfortable authority endemic to the all-too-familiar types that use the rhetoric of family values for personal gain. Her Phyllis is perfectly coiffed and perfectly amoral, using her “activism” as a means of self-enrichment (Schlafly doesn’t care about the ERA until it serves her interest). The Oscar winner is a magnetic performer and arguably far more compelling a screen presence than the woman she’s tasked with playing (see, most good actors), but if you’re worried you’re going to come out admiring the Cold War-era Left-baiting relic and Fake News-style influencer, well, don’t. You may not be able to keep your eyes off Blanchett when she’s on screen, but Schlafly’s legacy remains a warning about how far charisma can travel and the harm that lies in mistaking showmanship for ethical leadership. 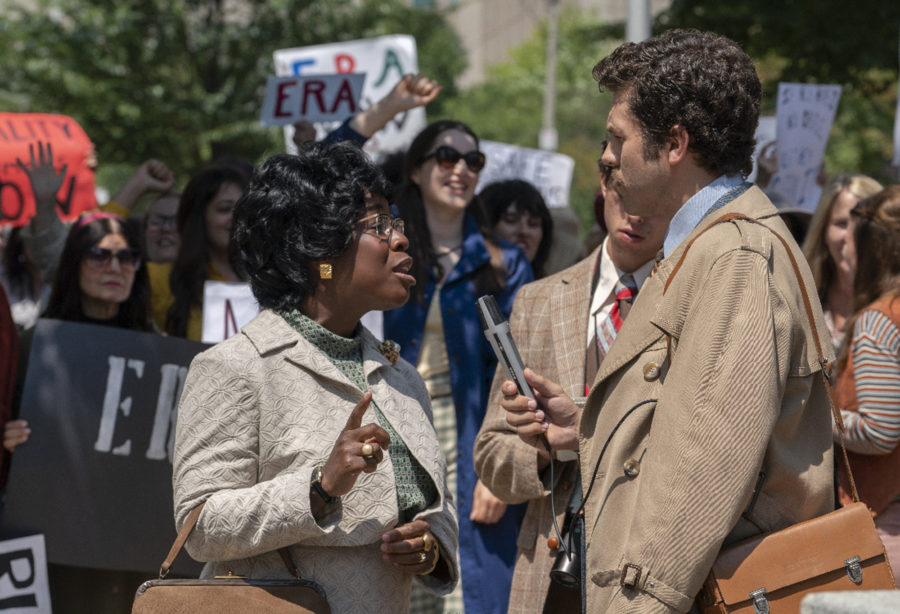 It’s got something of a ‘Second Wave Feminists 101’ vibe

How many prestige dramas have you seen that feature characters who explicitly identify as feminist? And not as punchlines or minor-key provocations, but as human beings? A major-league drama that considers the women’s movement and its opposition forces is a rare thing indeed, and in addition to anti-feminist Schlafly, the series will undoubtedly introduce some audiences to key female figures like activist and author Betty Friedan, and congresswomen Shirley Chisholm and Bella Abzug. If this is a feminism primer for you, then dig in. Many outlets, from Oprah magazine and the Los Angeles Times, have done valuable compare-and-contrast essays on how the depictions of these characters square with historical reality.

I thrilled to see the actors don’t all have the high burnish of TV products. They look more like women, i.e., human beings that care about their appearance to varying degrees. Or, in Friedan’s case, who couldn’t master a blowout to save her life. 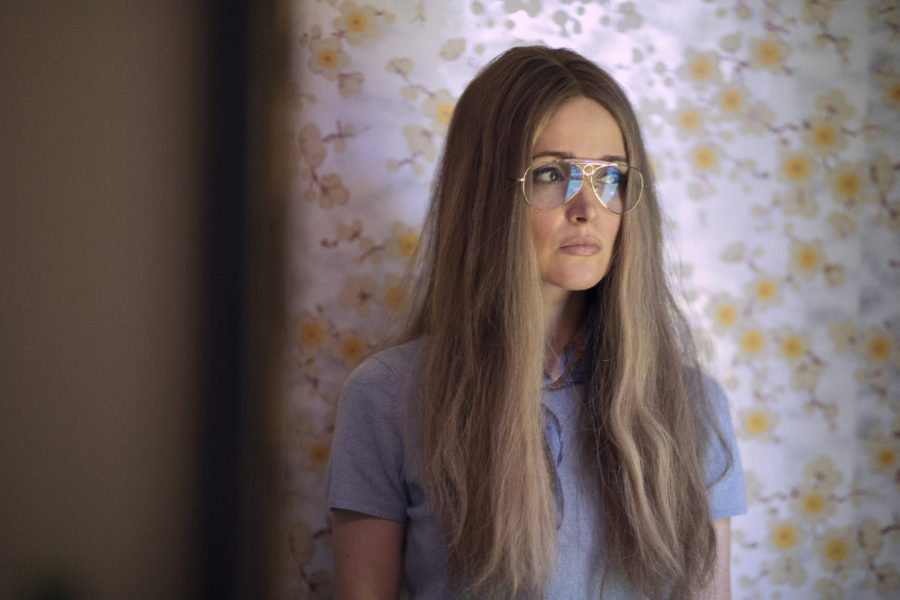 Showrunner Dahvi Waller is a tried-and-tested Emmy Award-winner and former writer, with Mad Men and Halt and Catch Fire credits. No stranger to turning the past into entertainment (and this is entertainment, not history class), she balances humour and drama. Moreover, she isn’t afraid to complicate the cultural record by investing her characters with human frailties. Blanchett may provide the series with marquee star-power, but the central cast is comprised of some of film and TV’s best character actors. Tracey Ullmann’s Betty Friedan and Margo Martindale’s Bella Abzug are standout performances in a cast that also includes Rose Byrne as Gloria Steinem and Sarah Paulson as a naïve fictionalized homemaker following Schlafly into battle. Uzo Aduba’s portrayal of congresswoman Shirley Chisholm, arguably the uncompromising ethical centre of the series, provides some of the show’s most powerful moments. 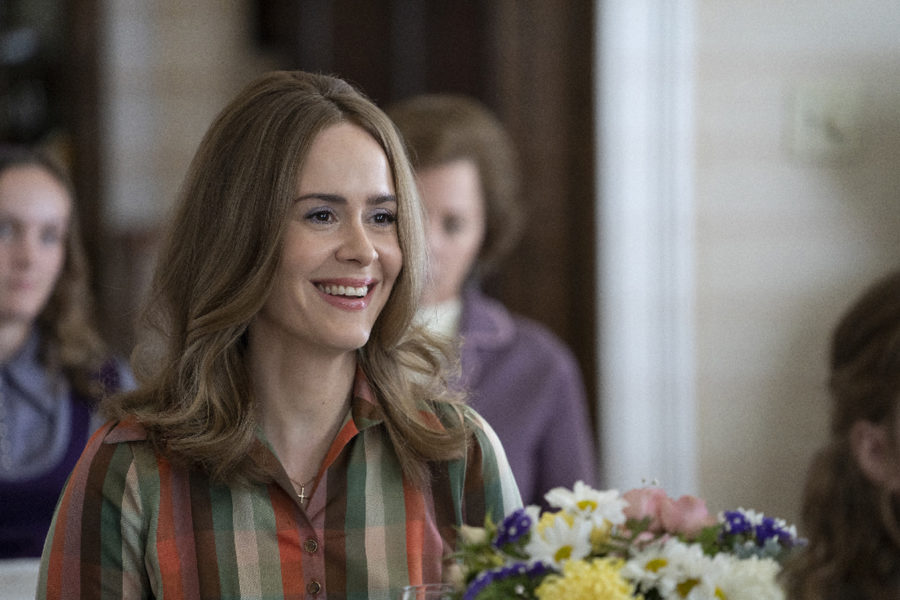 Mrs. America isn’t shy about casting a critical eye on everyone

The bickering, the egos, the tendency to play politics at the expense of idealism, the explicit and implicit concessions to racism and elitism, and the pivot to male power in a crisis–Mrs. America goes to some lengths to show how both anti-feminists and the women’s movement were affected by the mainstream cultural issues that still plague us. In the series, Bella Abzug frames Chisholm’s run for president as a “symbolic” endeavour and not entirely worth the risk of alienating Democratic white male power. This isn’t both sides-ism, this is a critical approach to the material. 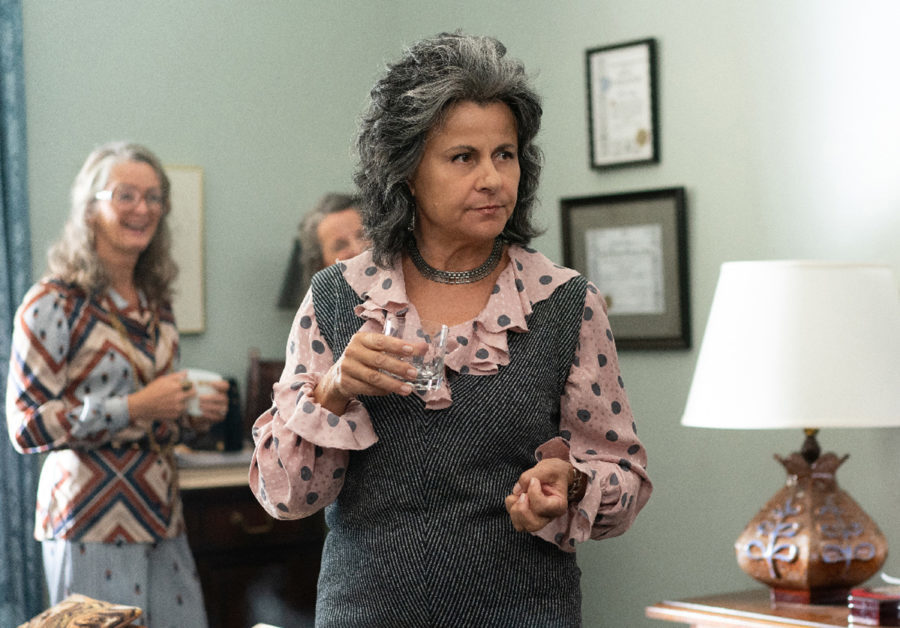 And then there’s Mr. America to consider…

The series also shines a light on how men in power used the “cat fight” as a convenient disguise for their own sexism. Indifference to women’s issues, if not outright hostility, as the show points out, is frequently bipartisan. Schlafly is often given credit for torpedoing the ERA but as one keen-eyed feminist puts it, she gives men, particularly politicians, a “great disguise for their chauvinism.”

The patriarchal power structure that girded Phyllis Schlafly also hid behind her. Schlafly earned her status as byword for villain with feminists. But don’t let that other villain escape without being named.