Will the book *really* be better than the movie? 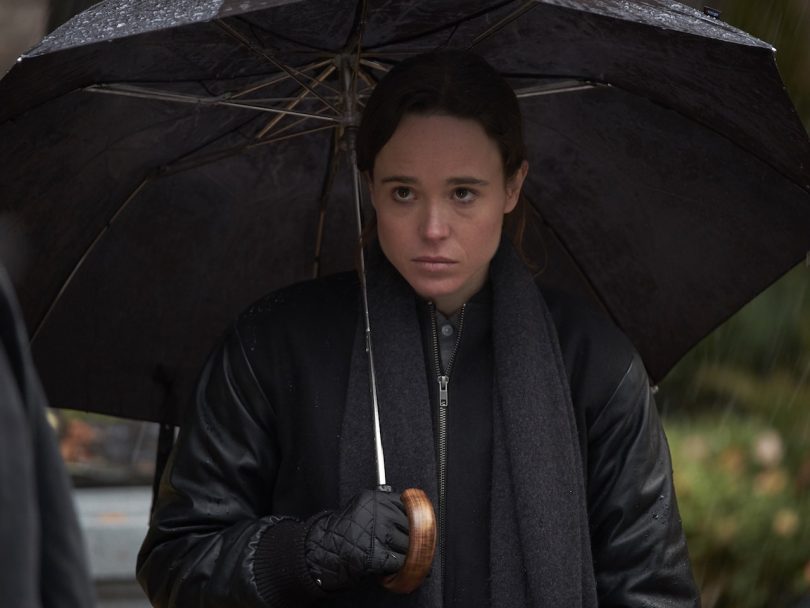 Movies and TV shows based on books for 2019 include adaptations of classics — like the star-studded Catch-22 series and Greta Gerwig’s highly anticipated Little Women remake — as well as plenty of thrillers, superhero sagas and fantasy flicks. If you’re looking for something new to read this year, check out this list and pick up the book before delving into the show (or movie).

Movies based on books for 2019

Blake Lively and Jude Law star in this thriller, based on the first book in Mark Burnell’s Stephanie Patrick series. The film adaptation is by the producers behind the James Bond franchise and follows Patrick (Lively) as she searches for the truth behind a plane crash that killed her family.

If you love YA sci-fi series, you’ll probably want to check out this movie based on the first book in Patrick Ness’s Chaos Walking series. Starring Daisy Ridley and Joe Jonas, it’s set on a distant planet where everyone can hear each other’s thoughts.

The book: The Knife of Never Letting Go, Patrick Ness

The Boy Who Harnessed the Wind (March 1, Netflix)

This Netflix movie is based on William Kamkwamba memoir. At age 13, Kamkwamba, came up with a plan to save his family — and his Malawian village — from famine.

The book: The Boy Who Harnessed the Wind, William Kamkwamba

Richard Linklater (Boyhood) directs the adaptation of Maria Semple’s delightful novel centred on the quirky and creative Bernadette (Cate Blanchett) who goes missing from her Seattle home. Her husband and daughter travel to the end of the earth to find her.

Just like It (and It 2, which is also due out this year), this Stephen King novel was filmed here in Canada — in and around Montreal, to be exact. If you’re an ardent cat lover, you might want to skip this horror movie.

The book: The Woman in the Window, A.J. Finn

The book: The Goldfinch, Donna Tartt

Fans of The Walking Dead take note. This news series, loosely based on Justin Cronin’s The Passage, is about science tinkering with a virus that could cure every disease — or wipe out the entire human race.

The book: The Passage, Justin Cronin

This British TV series is based on Deborah Harkness’s All Souls trilogy about the unlikely friendship between a witch and a vampire at the centre of a “supernatural battle.” It’s been out in the U.K. for a year, but it’s finally making its way across the pond.

Yes, this is a superhero show, but it’s set in an alternate universe outside of the Marvel and DC empires. It’s based on a graphic novel series by My Chemical Romance’s Gerard Way about, according to Netflix, “a dysfunctional family of superheroes who come together to solve the mystery of their father’s death, the threat of the apocalypse and more.” Canadian Ellen Page stars.

Aidy Bryant stars in this adaption of writer Lindy West’s memoir. Expect the comedy series to touch on body positivity as it delivers a lot of laughs.

The book: Shrill: Notes From A Loud Woman, Lindy West

Game of Thrones is finally back, but its return to the small screen is bittersweet — it’s the final season for this blockbuster show. But if you don’t watch, this is the last time you’ll ever have to hear about Dany and her dragons on Monday morning.

Head back to Monterey for season two of this binge-worthy show loosely based on Liane Moriarty’s best-seller. Thanks to a sneak peek released during the Golden Globes, it looks like the upcoming season picks up right where the last one left off. But this time around, expect an appearance from Meryl Streep, who’s joining the already star-studded cast.

The book: Liane Moriarty penned the new season, but it’s different than her sequel to the original Big Little Lies book.

Philip Pullman’s fantasy series is coming to the small screen thanks to the BBC (with worldwide distribution courtesy of HBO). Dafne Keen stars as Lyra; she’s joined by big names like James McAvoy, Ruth Wilson and Lin-Manuel Miranda.

Sure, there’s a glut of superhero shows right now, but what’s one more? Especially one that’s based on Alan Moore and Dave Gibbons’ comic book series. The show, from HBO, is apparently set 10 years after the events in the graphic novels.

George Clooney stars in and directs this mini-series based on Joseph Heller’s classic novel. You can also expect appearances from Hugh Laurie, Christopher Abbott and Kyle Chandler.

A spy-turned-Shakespeare professor in Mumbai gets called back into a career of espionage in this series based on Indian author Bilal Siddiqi’s debut thriller novel of the same name.

Watch: How to make kettle corn (the perfect snack for a Netflix binge)