The Best Looks From The Met Gala Red Carpet

It’s fashion’s biggest night—and we’re tracking all the looks. Scroll through for our faves from this year’s Met Gala.

The first Monday in May has arrived and, on top of being Baby Sussex’s birthday, it’s also the Met Gala! This year’s exhibition—Camp: Notes on Fashion—has inspired even more over-the-top looks than years past with its mandate for all things kitschy, glittery and, well, extra.

The theme is based on a 1964 Susan Sontag essay wherein the cultural critic defined camp as placing everything in quotation marks: “It’s not a lamp, but a ‘lamp’; not a woman, but a ‘woman’.” That playfulness came to life on the red carpet tonight by way of overdrawn, drag-inspired makeup, enormous bows and highlighter hues.

Although Met Gala faves like Rihanna and Ariana Grande were notably absent at this year’s event, there was still plenty of fashion and celebrity eye candy, and we caught it all here.

Scroll through for our fave looks from the Met Gala red carpet—here’s hoping they inspire a little cheekiness in your own sartorial choices this week! 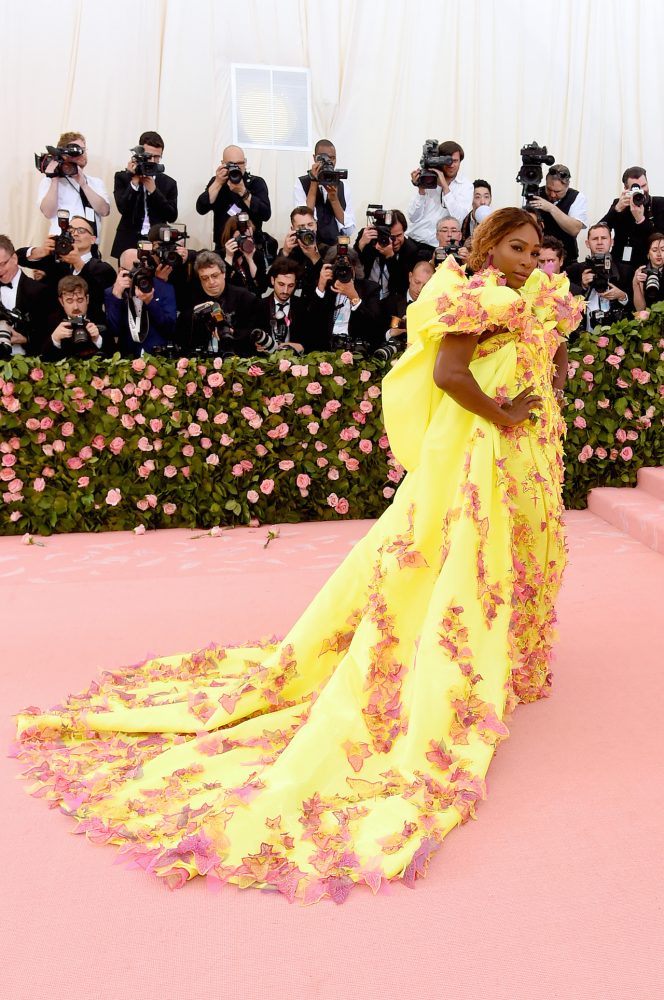