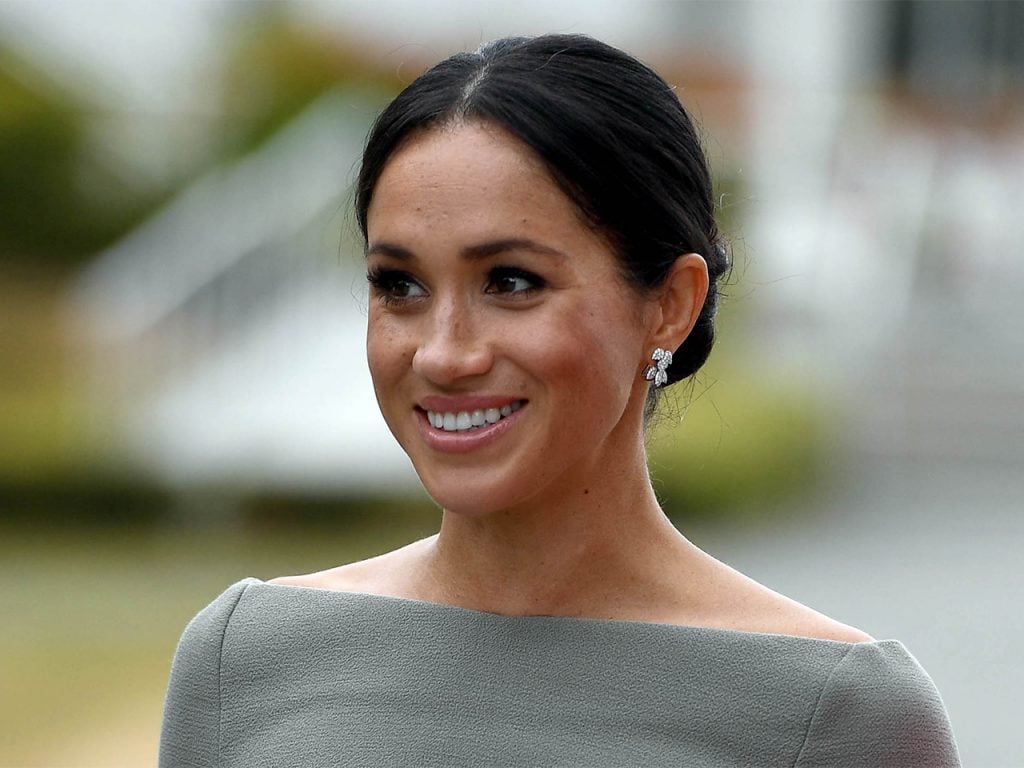 The rumour: Meghan Markle has a fake British accent

Where you heard it: Ok! magazine
The report: This story traces back to a Twitter video from last week that shows the Duchess of Sussex greeting fans at the opening of a bridge. In the video you can hear MM interacting with her adoring public, using a voice that sounds, shall we say, influenced by her new home across the pond. The “Oooooh, thank you,” that happens around 0:24 is probably the best example of Markle’s mysterious lilt.
The smell test: In this case it’s really more of a sound test, and when we listen back to footage of Markle’s pre-royal voice (here she is chatting with Larry King in 2016), it’s clear a vocal metamorphosis has taken place. But is she “faking it?” Probably not. According to our good pal science, people (royals and otherwise) often adopt the speech patterns of their new environment as a way of fitting in and showing empathy for the people around them. Smart money says the former Toronto resident is now referring to washrooms as “loos” and sweaters as “jumpers.” And while a full-on English accent at this stage is perhaps a bit much, she would hardly be the first Yank to engage in that kind of vocal deception. 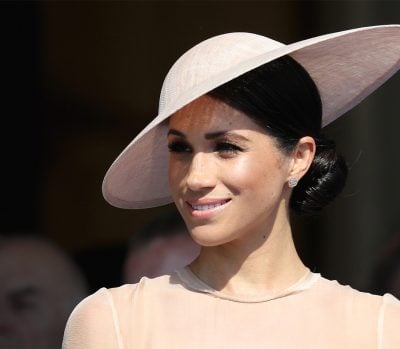 Has Meghan Markle Racked Up $1 Million In Clothing Costs Since Becoming A Royal?

The rumour: Camilla and Angelina are plotting against Meghan and Kate

Where you heard it: New Idea magazine
The report: You may recall that a couple of weeks back Angelina Jolie attended a ceremony in London marking the 200th Anniversary of the Order of St. Michael and St. George, which has something to do with foreign citizens doing good works in relation to Commonwealth affairs. According to New Idea mag, this was evidence that Jolie is “finally” getting the royal attention “she so desperately desires”, and the woman she has to thank for this is a certain Wicked Step Mother. Camilla Parker-Bowles has apparently become quite the champion of Angelina within the royal ranks, and while the two have become friendly, there is — allegedly — a “more sinister” plot at play, namely that by bringing a world-famous celebrity into the picture, CPB is hoping to “rattle” her two step-daughters-in-law. “Camilla has never felt Kate and Meghan were suitable for the royal family – not regal enough and not from the right breeding,” says NI’s inside source.
The smell test: So this one clearly stinks worse than kippers expiring in a Canadian heat wave. Just to break it down, there is zero evidence of this so-called blossoming bond between Camilla and Angelina, or of Camilla wanting to mess with her step-DILs. Never mind the fact that we’re talking about a woman who conducted a royal affair for decades. If Camilla did want to shake things up, she could surely come up with a more potent weapon than Angelina.

The rumour: The Queen is taking Meghan’s side in a royal feud

Where you heard it: Life & Style
The report: In what is presented as not just a story but an “EXCLUSIVE!” scoop, L & S claims that Her Majesty has taken quite a liking to her new granddaughter, with whom she has attended several events of late. Which is great for Meghan … and for Harry … but not so great for (dun, dun, dunnnnnnnnnnn) Kate Middleton, who is said to be extremely jealous of the growing bond between QE2 and MM1. Kate is “extremely bitter,” per an unnamed source, who adds that the future Queen is “beginning to feel more and more shoved out now that Meghan’s in the picture.” 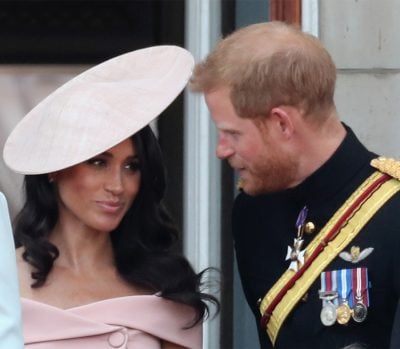 Is Meghan Markle Planning A Secret Hair Transplant For Prince Harry?
The smell test: Are we the only ones who smell systemic sexism? Stories about Kate and Meghan’s so-called feud have been as ubiquitous as tales of Jennifer Aniston’s enduring baby bump (at last count, that kid should be almost 20). Because apparently women should either be feuding, or with child, or feuding with Angelina Jolie (see above). As for the specific claims of this story, the real reason Kate has been spending less public time with Granny is because she is currently on maternity leave with a significantly reduced royal itinerary.

The rumour: Meghan Markle’s cousins are getting a reality TV show

Where you heard it: The Mirror
The report: Remember Tyler Dooley, the Markle relation who started his own marijuana business called Royally Grown (including a strain called Markle’s Sparkle) in the lead-up to the royal wedding? And who actually went to England (sans invite) to cover the big day as a “special correspondent” for Good Morning Britain? In other words, just your typical everyday Markle family member intent on milking Meghan’s fame for all it’s worth — which could mean a reality show in the future. According to an unnamed source in the Daily Mirror, MTV is planning a reality show based on the day-to-day life of Tyler (and some fellow Dooleys) that focuses on “how different” their lives are from their famous relation. Tyler’s keen on the idea as he feels it will be good for business. Apparently MTV execs believe viewers will “become gripped by their soap opera lives.”
The smell test: MTV has yet to comment on this rumour, and Dooley himself has been quiet on social media — which means either this story is fake news or the terms of the deal have yet to be agreed on. Whether or not the Dooley family qualifies as “gripping” television is a tough one, given the success of shows like Ducky Dynasty and Here Comes Honey Boo Boo. And while Tyler (who is estranged from his dad/Meghan’s half-brother Thomas Jr.) is hardly a close relation, never underestimate the power of reality TV producers who have made riveting drama out of a lot less.