How Meghan Markle Is Breaking Tradition With Her Royal Baby

Their lucky kid, who is due to arrive mid- to late-April, will be seventh in line to the throne and Queen Elizabeth’s eighth great-grandchild. 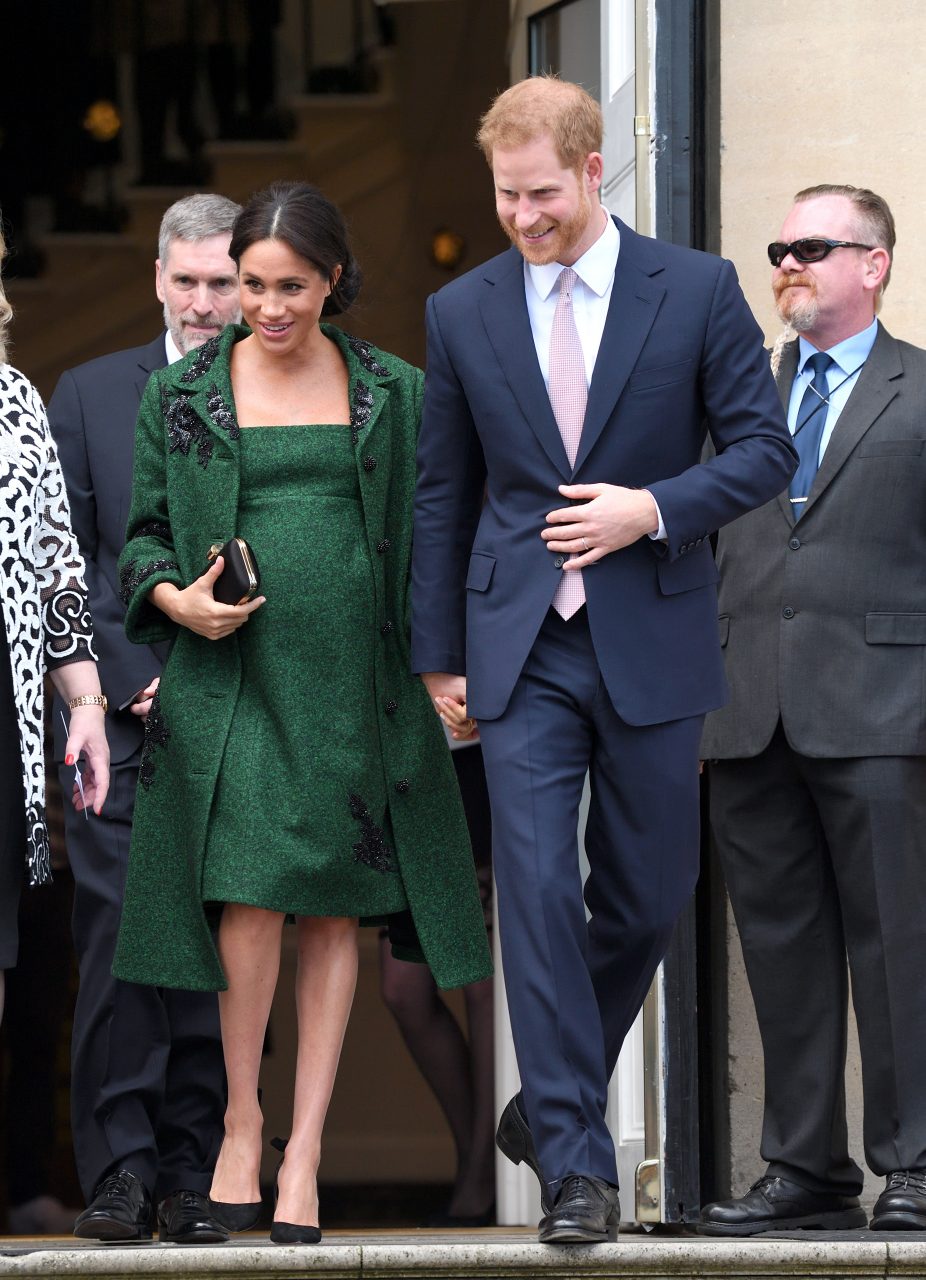 Just as Meghan Markle was not your typical royal bride (“Stand By Me,” anyone?), the Duke and Duchess of Sussex are forging their own parenting path, with plenty of breaks from royal protocol. From (gasp!) Meghan’s desire for a little privacy to a potential Instagram debut, here’s a look at the royal baby traditions that might be broken.

How it’s traditionally done: Women in the royal family usually give birth in the Lindo Wing at St. Mary’s Hospital, where Kate Middleton and her mother-in-law Diana before her both welcomed their little royal bundles.
How Meghan is changing the rules: According to the Daily Mail, Meghan and Harry are snubbing the usual royal birthing location in favour of a hospital closer to their new home at Frogmore Cottage, or possibly even a home birth. Not just that, they are bringing in their own medical team. Meghan doesn’t want the “men in suits,” a.k.a. the official Royal Household gynecologists Alan Farthing and Guy Thorpe-Beeston.
Scandal level: If not quite “pass the smelling salts,” this is definitely a significant break from 40 years of tradition.

How it’s traditionally done: As unavoidable as giving birth inside the Lindo Wing is posing for a post-baby glam shot on the steps outside. You know the one where the new mom looks like she just stepped off a catwalk? Kate Middleton has done the stairs shot three times now—always with a perfect blow out and adorable new outfit.
How Meghan is changing the rules: Obviously, if Meghan is not giving birth in the Lindo Wing, she won’t be posing on the Lindo steps, but it’s more than just that. According to an official royal statement released on April 11, “Their Royal Highnesses have taken a personal decision to keep the plans around the arrival of their baby private. The Duke and Duchess look forward to sharing the exciting news with everyone once they have had an opportunity to celebrate privately as a new family.”
Scandal level: Pretty high, especially if (as many suspect), the new parents circumvent the media all together by debuting the newest royal on their Instagram account. (Note: This is maybe not the best way to bring the thorny British press on side, but good for them for giving zero crumpets).


How it’s traditionally done: Royal babies get royal (read: old and extremely Eeeeeenglish sounding) names: Elizabeth, Anne, Henry, William, George, Charles… Basically, if the kid doesn’t sound like he or she could have been alive 200 years ago, it doesn’t fly.
How Meghan is changing the rules: At this point, British betting sights are still favouring traditional options like Elizabeth (a crown tip to Granny, of course) and Albert (seriously?). Diana is another top contender for obvious reasons. Still, the bookies probably didn’t bank on an American bi-racial actor for Harry’s bride, so what do they know? Given Meghan’s New Agey ways, don’t discount the possibility of something a little outside the box. Maybe Mia or Jacob?
Scandal level: TBD.

How it’s traditionally done: Royals eat meat. Most even hunt for it.
How Meghan is changing the rules: According to a report by The Sun, Meghan and Harry are planning to raise their baby vegan even though that “will not be tolerated” by the Queen. This, for the record, is almost certainly a pile of plant-based crap (Meghan herself isn’t entirely vegan). Still, you can imagine her love of California cuisine will impact her child’s diet when he or she gets a little older. More quinoa, less roasted pheasant, or whatever it is the royals love to kill-and-eat.
Scandal level: Not true. No scandal.

How it’s traditionally done: The royal baby would have a title. Assuming nobody in line to the throne dies between now and the birth, that title would be Earl of Dumbarton (for a boy) or Lady Mountbatten-Windsor (for a girl). The child’s surname will likely be Sussex.
How Meghan is changing the rules: There has been talk (and by talk we mean unsubstantiated tabloid reports) that Harry and Meghan will not seek a title for their son or daughter. This would be following in the footsteps of Harry’s aunt Princess Anne, who wanted her two kids (Zara and Peter) to grow up as commoners. Harry has been pretty vocal in the past about how not everyone in the royal family aspires to the throne, so saying “thanks but no thanks Gran” would be in keeping with this attitude. Note that even without titles, the child, from an inheritance point of view, would be a member of the House of Windsor.
Scandal level: Mildly scandalous according to actual commoners, who may see this as a case of getting all the benefits with none of the burdens (read: work) that come with a title.