Anne of Green Gables is one of the bestselling novels of all times, but despite that success, author Lucy Maud Montgomery battled depression her entire life. 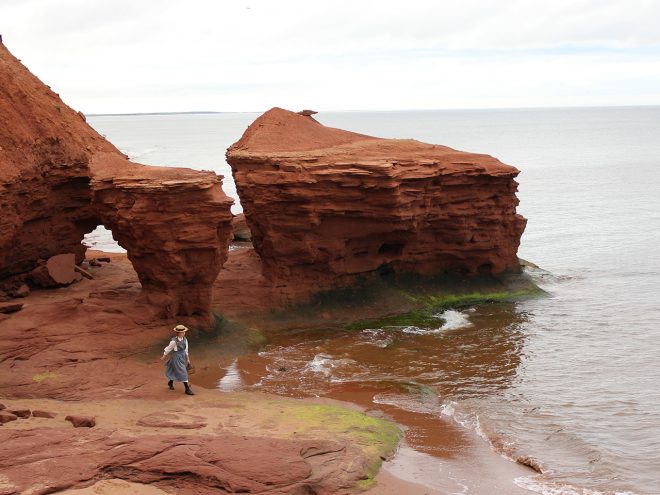 Can you imagine a world without the iconic novel (and character!) Anne of Green Gables? Well, it almost happened. In honour of International Women’s Day, Historica Canada released a new Heritage Minutes commercial depicting Montgomery in a new light.

The commercial shows Montgomery talking about her struggles with mental health “I love this colourful little island of ruby, emerald and sapphire. Yet often, my dark moods come. I am possessed body and soul by this depression” and the sexism and rejection she faced early in her career (“women should not write”).

After writing Anne in 1905, her first novel, Montgomery shopped it around to multiple publishers, but was rejected by every single one. Defeated, she tucked it away in a hat box, and it was not until 1907, when she tried pitching it one last time, that Montgomery finally got a book deal.

That first year, Anne of Green Gables was reprinted 10 times, and is still being printed today. Collectively, her entire body of work — 20 novels, over 500 short stories, two collections of poetry and more — has sold 50 million copies worldwide. Despite all this success, Montgomery struggled with depression her entire life. In a 2008 Globe and Mail article, Montgomery’s granddaughter revealed that the author actually died by suicide, not heart failure as was listed as her cause of death.

This new Heritage Minutes commercial is a good step forward in helping to break down the stigma of mental health by showing how can affect anyone, even the most successful.