This Weekend On Netflix, Issa Rae Gets The Ride-Or-Die Relationship She Deserves

The Lovebirds is one of very few Hollywood romantic comedies without a white actor. It's not really about race, but it's also not colourblind. 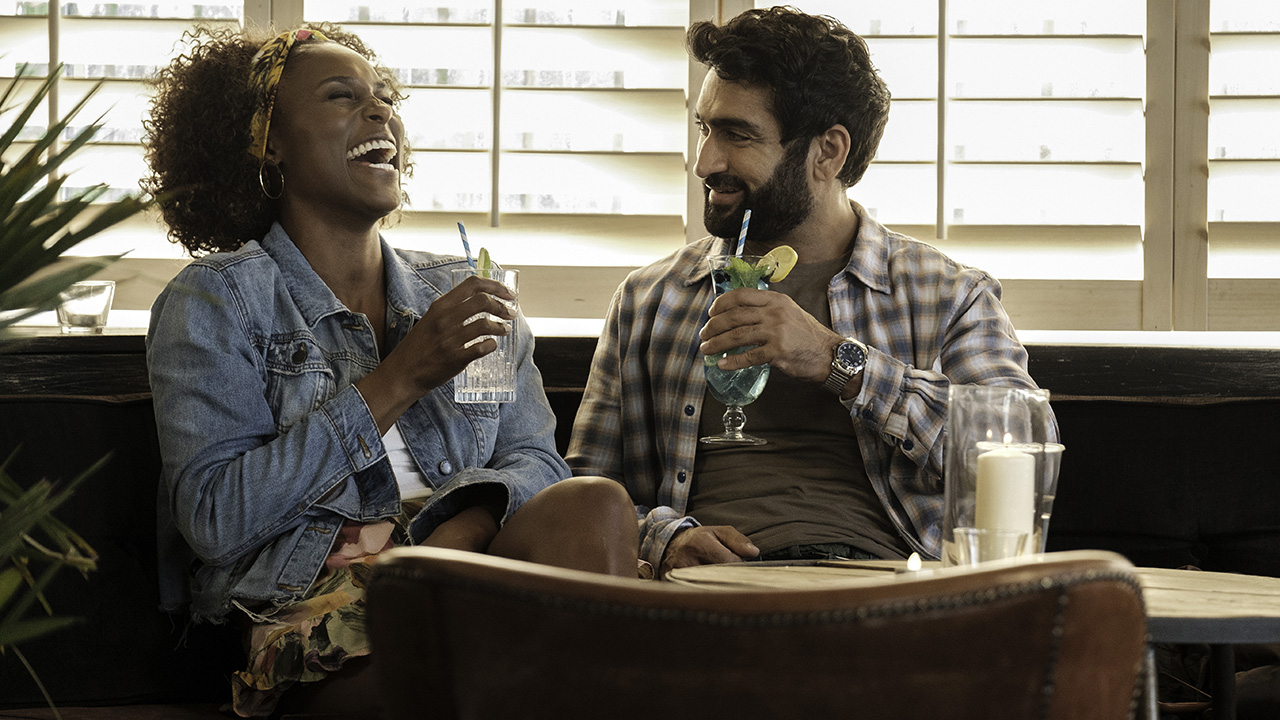 When I first saw the trailer for The Lovebirds, a romantic comedy starring Insecure co-creator Issa Rae and The Big Sick actor Kumail Nanjiani, I was confused: was I actually going to see myself in a Hollywood film? The movie is about Leilani (Rae), who is Black, like my father, and Jibran (Nanjiani), who is South Asian, like my mom. Until now, the only visual representation I’ve ever seen of a relationship remotely like my parents’ is Mississippi Masala, a movie starring Denzel Washington and Sarita Choudhury—from 1991.

In The Lovebirds (which was supposed to be released in theatres, and is now debuting on Netflix on May 22), the quirky couple are driving to their friend’s dinner party when they find themselves on the brink of a break-up conversation. Distraught, Jibran accidentally hits a cyclist, which gets the duo involved in a bizzare murder mystery. Throughout it, he and Leilani are two long-term romantic partners who co-habitate, fight, love, meet each other’s friends and think about a future together. In other words, standard rom-com fare.

But to me, it’s more meaningful. As a woman who grew up in a brown family yet moves through the world as a Black woman, I’m more-or-less invisible in pop culture. I fit in somewhere between Rae’s character in Insecure and Devi Vishwakumar in Mindy Kaling’s new Never Have I Ever, but neither of them have to answer the question “You’re a weird mix. How did you happen?” at least once a month. My initial excitement about The Lovebirds wasn’t an overreaction: Leilani and Jibran’s love story could result in a baby that looks like me.

Hollywood rarely allows us to see romantic relationships outside of white, heterosexual couplings. If Black women get cast in lead romantic roles at all, they’re still portrayed as angry, primitive, hypersexual beings, who are undeserving of love. South Asian men have long been stereotyped as nerdy, lacking agency, and sexually repressed and awkward. That said, positive mainstream representations of them as romantic leads are on the rise. This is Nanjiani’s second starring boyfriend role, and other recent movies and shows with brown men as romantic leads include Lion, The Best Exotic Marigold Hotel, Master of None.

Even so, white women are usually still cast as the love interests. Very few on-screen interracial couples don’t feature a white actor. After Mississippi Masala came Jet Li and Aaliyah in Romeo Must Die, back in 2000. More recently, Yara Shahidi and Charles Melton starred in The Sun is Also A Star while soca legend Machel Montano and Natalie Perera carried Bazodee. None of these movies were particularly praised for their depictions of race, although they did offer validation that love isn’t just for white people.

Black and South Asian people have a complicated global history of political, professional and romantic partnerships. Many aspects of their colonial pasts are shared, and there have been successful political, professional and romantic partnerships on multiple continents. In the Caribbean, progeny of their interracial romantic relationships are so common they’re referred to as dogla. At the same time, divide-and-conquer tactics by imperialist governments have often worked. In the intimate sphere, that usually looks like brown men and women buying into anti-Black racism, even as they become romantically and sexually involved with Black partners. 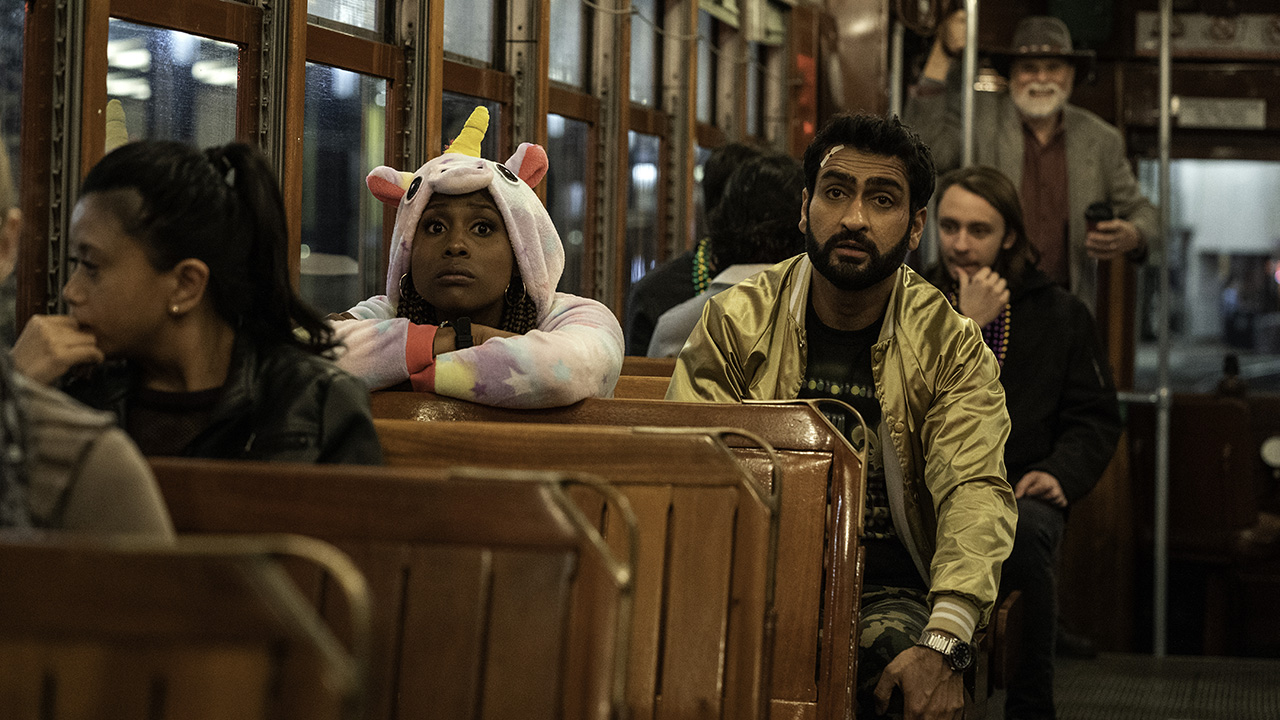 That’s something I’ve experienced as a Black woman who dated a South Asian man. Nine years ago, I met a guy named Sunil at a club while I was away at Western University. We shared a similar upbringing and culture, so our relationship initially felt like my home away from home. On weekends, we made chana masala and chai, and sat on the porch practising my Hindi and Urdu words. I had grown up in-between worlds—rejected by brown kids for being “too Black” and rejected by Black kids for not being “Black enough.” I thought that being with Sunil meant that I could be who I was: a multiracial Pakistani/Jamaican woman.

Instead, Sunil soon began musing openly about how he never thought he’d end up with a Black girl, that his family would be shocked. When he was with his friends, he’d joke that “once you go Black, you never go back!” It was obvious that despite sharing South Asian heritage—and despite the world seeing us both as racially inferior—he believed that being Black was still below him. He also believed that he wasn’t being racist because he was brown. But anti-Black racism among South Asians is actually quite prevalent, evident in the behaviour of celebrities like late night show host Lilly Singh and rapper Nav. It’s often life-threatening or deadly for Black people.

Rae’s show Insecure features another rare, white-free couple that works: Molly (Yvonne Orji) and Andrew (Alexander Hodge), who’s known affectionately on the show as “Asian Bae.” It’s Molly, at first, who is reluctant to date Andrew because of race. She’s a headstrong, ambitious Black woman, and dubious because Asian men are often stereotyped as effeminate and passive. The persistence of such stereotypes in the real world are the reason that Black women and Asian men receive the least amount of messages on online dating sites.

Yet when Molly gives Andrew a chance, they are, like Leilani and Jibran, a normal, compatible couple—and a power couple at that. Molly and Andrew work, in part because their relationship involves addressing the obvious racial differences between them.

We’d think that, having mastered writing interracial relationships without white actors, Rae would be a director’s first thought for a film like The Lovebirds. But in an interview with Entertainment Weekly, Rae acknowledged that the film was written with white actors in mind. Director Michael Showalter only chose Rae and Nanjiani once he saw their chemistry and their ability to improvise off each other. “It’s not a story about race,” Rae said, “but we wanted to acknowledge our race and the fact that we’re an interracial couple.”

Rae is right—the film isn’t really about race. But it’s also not colourblind, especially given its themes of crime and policing. When Leilani and Jibran try to figure out whether they should turn themselves in, Leilani interrupts. “You and me? How do you think that’s going to go?” she asks. “Do you think they’re going to give us the benefit of the doubt?”

I grew fond of Leilani and Jibran’s relationship, which involves an experience of racism that’s shared, but not simplified. Jibran never crosses the boundary of turning his partner into a trope. There’s no finger snapping or Blaccent, no exclamations of “Yas Queen!” or “Once you go Black” jokes from him. Even when Leilani mocks Jibran for his poor imitation of Black comedian Katt Williams, he says, “Well, I’m not gonna use The Voice!”

Jibran doesn’t make Leilani the Other; instead, their Otherness is equal, holding them together while not overtaking their relationship. They riff off their societal marginalization, but don’t become it. And despite their arguments, they’re just a weird, loving, strange, normal couple.

For single Black women, Leilani and Jibran have the kind of mutually-respectful, ride-or-die relationship we hope for. And it’s what we deserve—a loving, respectful partner who shares our sense of humour, fights the bad guys alongside us and then drives the getaway car.

The Lovebirds is being released on Netflix on May 22.