It's not a baby bump, says Lady Gaga, it's age

It's rude to ask a friend if she's pregnant based on the protrusion of her gut. That respect doesn't extend to celebrities. 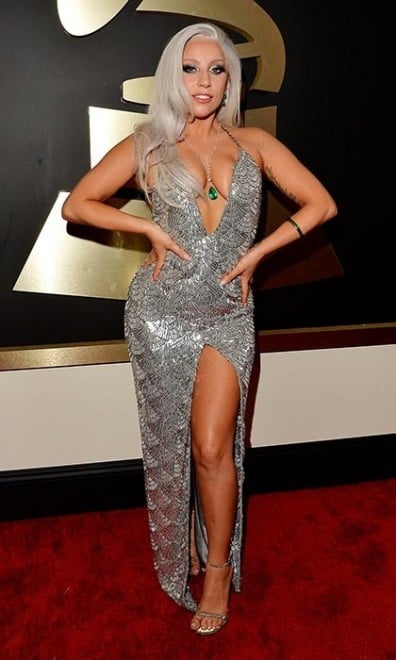 Gaga is a rare celeb who’s countered baby-bump speculation by talking frankly about weight gain. Gaga explained that touring with Tony Bennett has taken its toll: “Tony’s taught me [that] you can live your life and feel the same every single day forever… Me on the other hand, I’m having a more difficult time with things.” She then grabbed her thighs and said, “A little more here and there.”

While it would be rude to ask a friend or stranger on the street if they’re pregnant based on the protrusion of their gut — not to mention the awkwardness if the answer is no — that respect doesn’t extend to celebrities. Just ask the queen of bump speculation, Jennifer Aniston, who’s been pregnant since 2012. For the most part, the women on the receiving end choose to grin and bear it. But every once in a while, someone sets the record straight. And some are even more blunt than Gaga. “I’m not pregnant, just fat,” said Khloe Kardashian in 2010. And Aniston shot down one instance with, “I’m not married and not pregnant, I’ve just gained a couple pounds.”

Back in 2008, when Eva Longoria was the target, she explained that the bump was due to weight she needed to put on for the upcoming season of Desperate Housewives: “I’ve been cooking and eating, cooking and eating. I’ve eaten pretty much everything in sight.”

Last year, Jennifer Garner made moms proud when she announced on Ellen that her bump is here to stay: “I am not pregnant, but I have had three kids and there is a bump! From now on, ladies, I will have a bump. And it will be my baby bump. And let’s just all settle in and get used to it. It’s not going anywhere. I have a bump: its name is Violet, Sam, Sera.”

Welcome to the bump club Gaga — you’re in good company.