Why Keanu Reeves Is The Vulnerable, Sensitive And Smart Crush We Need Right Now

There are too many Keanus to count: the stoner, the surfer dude, the action hero, the bookworm, the Sad Keanu and the Internet’s boyfriend. In his latest chapter, he proves he only gets better with age. 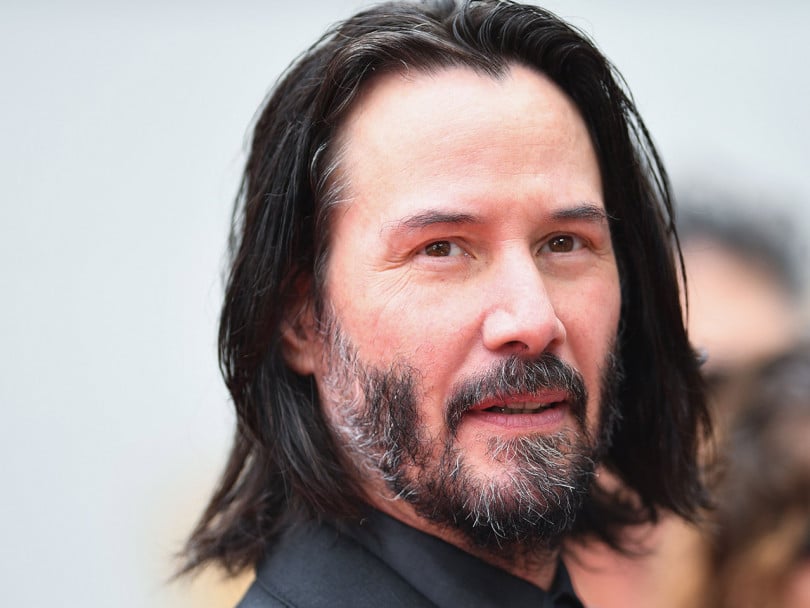 A question on a lot of people’s minds these days is “Why am I suddenly seeing Keanu Reeves all over the place?” and the simplest answer, the first answer, is that Reeves has a bunch of new projects out: There’s the latest John Wick movie, the third in the hugely popular action franchise; there’s Toy Story 4, where he plays a Canadian motor stuntman à la Super Dave Osborne (a shout out to his Toronto roots); and there’s Always Be My Maybe, a delightful Netflix rom-com by Ali Wong in which Wong plays a celebrity chef and Reeves plays her dream man: Keanu Reeves. He actually plays an exaggerated send-up of his obscenely good looks, his smouldering sensitivity, his not-of-this-worldliness. In the first scene he appears, he enters a restaurant in slow-mo, which may be a camera trick, but may also just be the universe acknowledging that we all just need a little extra time to gaze upon this beautiful being.

Growing up as a teen in the early ’90s, the question in my world was less Do you have a Keanu crush and more, Which Keanu do you crush on? There was the hapless (hot) stoner from Bill and Ted’s; the stoic (hot) surfer dude from Point Break; the wayward (hot) rebel from My Own Private Idaho. We wrote his name in bubble letters on our binders, we read Seventeen articles about him and memorized important facts like his name means “cool breeze over the mountain” in Hawaiian. (Because of course it does). Back then, before we had come to appreciate the boldness of his choices, the risk taking in his performances, there was the tendency to equate some of his himbo-esque film characters to the actor himself. The fact that Reeves (a self-confessed bookworm who has been spotted reading while walking) never felt the need to correct that misconception says a lot about his understated self-assurance. Understated self-assurance is also hot.

His second chapter kicked off in 1994 with Speed, a movie that (can you believe this?) came out only five years after the original Bill & Ted’s, but heralded a whole new era: Keanu Reeves, adult action star. The world was obsessed, first with the movie and next with the notion that Reeves turned down Speed 2 to do Shakespeare…in Winnipeg (sigh). The Matrix franchise, which came four years later, turned him into one of the highest profile actors of all time, a space Reeves has continued to inhabit with Constantine and the John Wick movies. Disclosure: I have never seen any of these more recent movies and they have nothing to do with my Keanu lust. The point is, as much as he has felt missing from mainstream celebrity culture, the guy never really went anywhere. And, with a Bill & Ted reboot in the works and (another) John Wick movie already lined up, it’s clear he isn’t planning to. 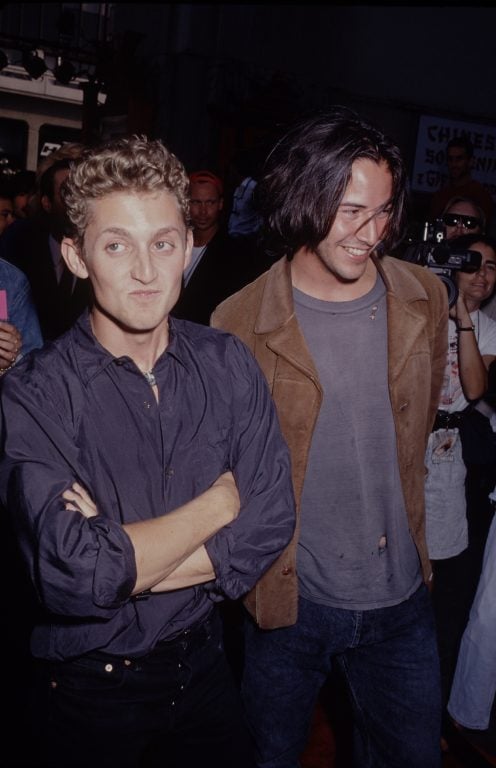 The more self-conscious strain of Keanu obsession began in 2010 with a meme that was born after a photographer snapped a picture of Reeves eating a sandwich on a park bench. “Sad Keanu” became a visual shorthand for hopelessness and existential angst, but was he really so torn up? Does anyone sit alone eating a ham-and-cheese and smile? So maybe it wasn’t his sadness we were responding to but his rawness, his irregular regularity that is somehow central to his status as mythical being. Twenty-ten is as good a year as any to mark the transition from celebrities who appeared perfect in glossy magazines to celebrities falling over each other to project authenticity on social media. And there was Keanu—the OG, the cool breeze floating above it all.

Which brings us to his current status as the Internet’s crush, a phenomenon that’s different from regular “it” celebrities largely because of the type of men the Internet rallies around. This new Keanu status, in itself, is a statement about online democracy because only here can the voices of adult women (generally ignored by the Hollywood machine) rise to a collective swoon. When you look at what we’re swooning over—Timothée Chalamet, Tom Hiddleston, Rami Malek, Oscar Isaac, Idris Elba—a pattern emerges. Our Internet crushes are vulnerable and sensitive, smart but not arrogant, beautiful but not into himself. Just a guess, but they probably want to rub our feet and watch our TV shows and talk about feelings during commercial breaks. Hyper-masculinity, ego, aggression—these attributes have no place in the feminized space of Internet crushdom. Which brings me to two recent bits of Keanu trivia…

The first is a story about how, back in March, a plane had to make an emergency landing en route to Burbank, and Reeves was among those stranded. Rather than call a limo (or hire a private plane, for that matter), Reeves joined his fellow passengers on a long bus ride, hanging and chatting and posing for their Instagram accounts (of course, he doesn’t have one). The second is less a story than the internet’s latest Keanu-related obsession best summarized as “Keanu doesn’t perv on women when he poses with them.” This shouldn’t be a big deal, but consider it became “a thing” a week before Donald Trump responded to a rape allegation by claiming that the alleged victim “isn’t [his] type.” (In an era defined by a U.S. president who has been accused by at least 17 women of sexual assault, it’s nice to know there’s one famous guy who makes a point of keeping his hands to himself.) Which—finally!—brings me to the second, more nuanced reason that Keanu is suddenly all over the place: Because celebrity crushes, like everything else, are a reflection of the times we live in. Keanu Reeves—beautiful enigma, gentle objector, carb enthusiast, has always been the crush we want. These days he’s the crush we need.