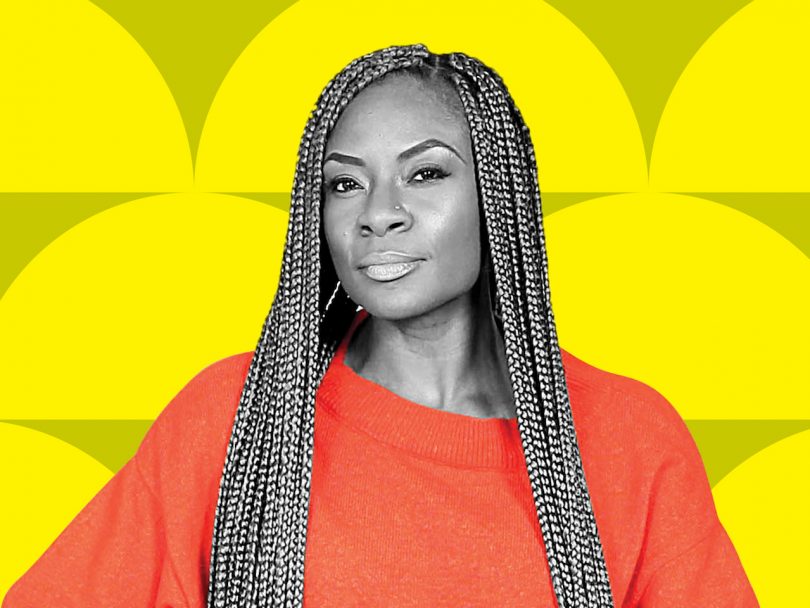 Jully Black is back, starring as a 1960s domestic worker in the musical Caroline, or Change and releasing her first independent album (2020) in a decade. We talked to the singer about her rule for new projects, her side gig as an underwear model and why musicals are an Olympic sport.

Welcome back! And where have you been?

I’ve been through a lot in the past few years and my imagination went dark. I became a full-time caregiver to my mom, who died of cancer in 2017 at 81. When I turned 40, I realized my mom had lived twice my life- time, and I started to think about what I could do with my second lifetime. I want to make projects that align with my values.

Is that why you took the role in Caroline, or Change?

It’s a great part, but also the character really reminds me of my mom. Like Caroline, she was a domestic worker in Jamaica before she moved to Canada, where she raised her children on her own while  building a career at General Motors. And Caroline takes pride in everything that she does. My mom was like that, too.

How does starring in a musical compare to being a Top 40 pop star?


Doing a musical is the Olympics for singers. I’m like Michael Jordan, LeBron, Serena Williams, Tiger Woods. There’s no going out late, and I’m really careful about my health and diet.

I just saw your image on the side of a bus. How long have you been moonlighting as an underwear model?

Ha! That’s a campaign for the underwear line Knix.

Have you seen your bus driving by?

Like the classic Sex and the City moment? Not yet! People keep telling me there is a giant version of the poster in [Toronto’s] Union Station—like I should go down and take a selfie in front of it. I don’t drink my own Kool-Aid that much.