For ambitious Canadian girls, his Gilbert was the boy of their dreams. 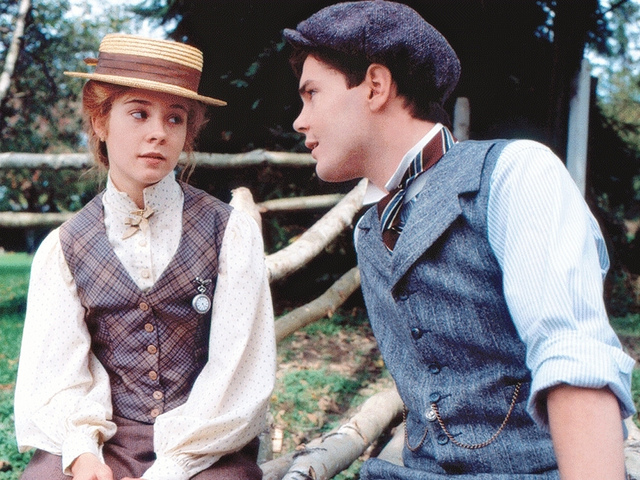 For a generation of Canadian women, the death of Jonathan Crombie last week was also the loss of a first crush. Crombie, who was 48, was proudest of his lead role in the Canadian-produced Broadway musical The Drowsy Chaperone, his sister told the CBC. But his portrayal — embodiment might be a more accurate word — of Gilbert Blythe in the Anne of Green Gables movies secured his place in the heart of any young girl who watched.

In my house growing up, we had VHS recordings of grainy CBC broadcasts of the first two movies, which I watched many times over. As an adult, I once forced a boyfriend who had never seen the films to watch the first one with me. He applauded at the end (it’s probably not a coincidence that we’re now married). It’s a flawless production and the cast is stacked: Megan Follows as Anne, Colleen Dewhurst and Richard Farnsworth as Marilla and Matthew, Patricia Hamilton as Rachel Lynde and, of course, Jonathan Crombie as Gilbert Blythe.

It’s impossible to imagine anyone else in the role, anyone else making the word “carrots” sound so appealing. Gilbert and Anne’s relationship was born out of competition — starting with a three-legged race at a summer picnic (Anne and bosom-buddy-to-be Diana beat Gilbert and Moody). When school starts, Gilbert is Anne’s intellectual rival, the devil-may-care boy-next-door who excels without trying while Anne studies with religious devotion in order to best him. He’s also Anne’s tormentor, pulling her pigtail and calling her Carrots. Though it’s clear that Gilbert is smitten and that negging is his idea of flirting — behind his bravado is a heart of gold. It’s the same rivalry we still see in romantic comedies today — but Follows and Crombie battled it out with more chemistry and believability.

Gilbert Blythe is the romantic ideal for a smarty pants: equal parts vexing and sweet, competitive and supportive, independent and devoted. In 2015, an ambitious woman couldn’t ask for more from her partner. His own success drove Anne’s ambition. He liked to be challenged and even outperformed by her. (Remember the spelling bee? Chrysanthemum: C-H-R-Y-S-A-N-T-H-E-M-U-M.) What was perhaps most appealing to bookish girls like me, was that Gilbert preferred brains to looks (though, let’s face it, Follows’s Anne had both). Of course, this is all true of the Gilbert in Lucy Maude Montgomery’s novel — but it’s Crombie’s Gilbert that we fell in love with: his winks and longing gazes, his soft voice and brown curls, and his uncanny ability to pull off suspenders and hats. Or as director and producer Kevin Sullivan once recalled in an interview, “He just had a Gilbert quality about him that no one else had.”

I found the final Anne film hard to watch. Seeing Anne and Gilbert as fully formed adults was disappointing. Though filmed in the eighties, the first two movies have never aged — and that’s how I preferred to think of those characters — frozen in time, not yet married but destined to be. Crombie’s life went well beyond Gilbert and his friends and family will remember him for the man he was. The rest of us will continue to remember him as the boy we wanted by our side when we took over the world.