Has Meghan Markle Chosen Canada's Jessica Mulroney As Her Maid Of Honour? 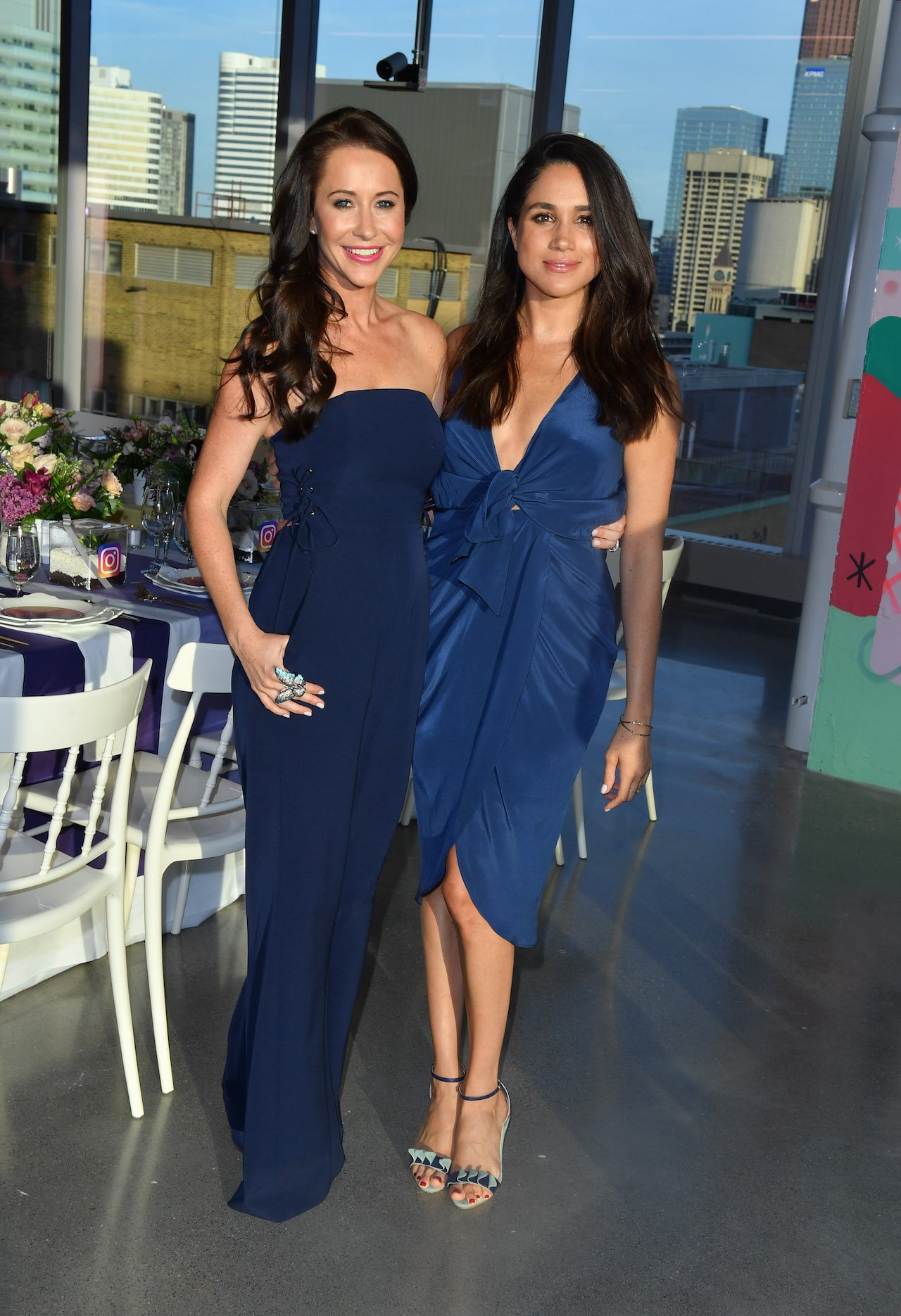 Jessica Mulroney and Meghan Markle at an event in Toronto in 2016. Photo, George Pimentel/WireImage/Getty.

Where you heard it: In Style
The report: In Style’s story stems from a recent Entertainment Tonight report where a source reveals Markle has picked her MOH, and it’s not Kate Middleton. Instead, she has apparently chosen “one of her closest friends who has stood by her for many years before meeting Harry.” Which (as In Style surmises) sounds a lot like Markle’s close pal and style aid Jessica Mulroney.
The smell test: While this report is pure conjecture, it does have the whiff of truth. Even in a wedding capacity, there is no chance that the future Queen will serve as lowly attendant. As for Mulroney — we learned last week that Prince Harry and Markle hid out at her Toronto home shortly after news of their love affair first broke. So not only is she a trusted Markle pal (and style consultant), she is also a key player in the royal love story. There are other friends who could fit the anonymous description, but we’re inclined to go with Mulroney, both because she seems like the most likely option and because she is Canadian. (Woot!) 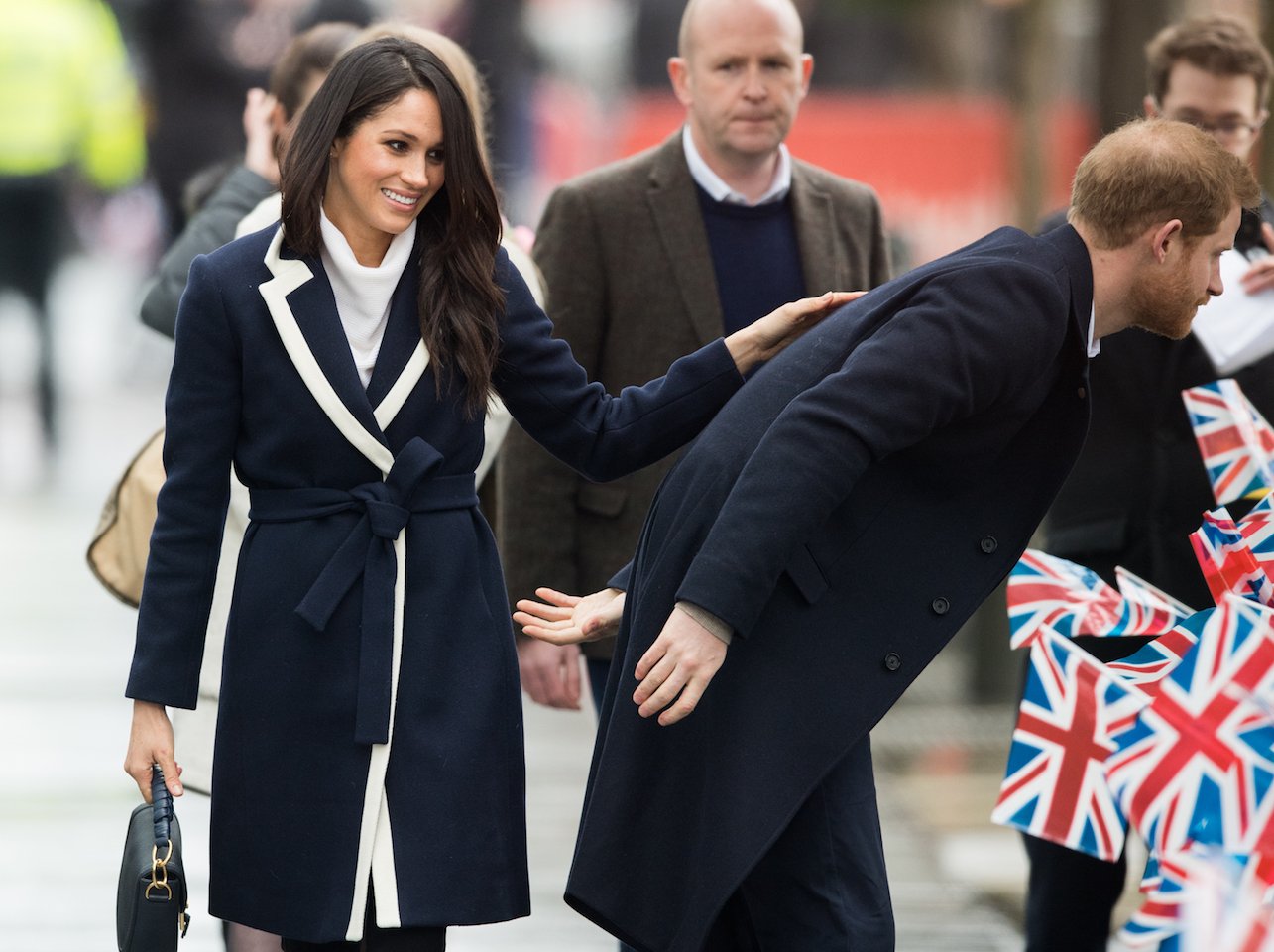 Did The Queen Just Order Meghan And Harry To Quit It With The PDAs?Where you heard it: Evening Standard
The report: Last Friday, the world’s most famous fiancés popped up in Northern Ireland for a surprise visit to a next-generation science convention. While there, they visited with inventors of all sorts of different products, but it was a baby brand called Shnuggle that really captured their interest. Harry got particularly animated looking at a non-slip baby bath, asking, “How many have you got?” After which Markle joked that she was “sure at some point” they would “need the whole thing” (meaning all of the products that Shnuggle makes).
The smell test: This story is definitely true — and even includes a video of the aforementioned conversation. But it’s not exactly revelatory. Or at least it would be a bigger deal had the royal couple not previously expressed their desire to start a family, which they did during that first post-engagement interview. Still, Harry’s “How many have you got?” question is kind of interesting. Sounds like someone is planning a large brood.

The rumour: The wedding could be “wrecked” by a royal family feud

Where you heard it: Women’s Day magazine
The report: The alleged dust-up has nothing to do with the wedding or Meghan and Harry, but rather a new bio about Prince Charles, which paints a not-so-flattering portrait of the future King. And now, per WD’s source, Charles’s sons are barely speaking to him, Mummy (aka the Queen) is “disgusted” and Kate doesn’t want her kids to be around him. What does all of this have to do with the upcoming wedding? WD’s source explains that the current tensions could get in the way of the celebrations.
The smell test: So much that smells fishy about this story, including the fact that we’re never told which particular allegation from Rebel Prince has the royals seeing red. The book does have some juicy reveals, but it’s nothing compared to what we see splashed across the tabloids every day and certainly Charles has survived worse gossip. Furthermore, a stiff upper lip is part of the royal job description, meaning whatever is going on behind the gates of Buckingham Palace, the show must, and will, go on. There is no way a tawdry tell-all is getting in the way of what is, yes, a wedding, but also a massive PR slam dunk.

Where you heard it: Entertainment Tonight
The report: While the identity of Meghan Markle’s dress designer is being guarded like the Crown Jewels, royal biographer Katie Nicholl told ET that, regardless of who makes it, the dress won’t be a bigger splash than the gown Kate Middleton wore to her 2011 wedding. That dress was Alexander McQueen and cost 150,000 pounds (about $270,000). Recently there have been reports that Markle’s dress could be in the half-million range, but Nicholl notes that it’s “very unlikely that Meghan would spend more than [Kate] and in doing so try and upstage a future queen.”
The smell test: Hmmm…. From where we’re sitting it feels like upstaging Kate is something that comes pretty naturally to Markle, particularly in the clothing department. So while she likely won’t spend more than her soon-to-be sister-in-law (optics and all that), some kind of fashion victory seems inevitable. Just look at Pippa Middleton’s infamous bridesmaids dress, which was less extravagant than Kate’s gown (and certainly less expensive), and yet it was all anyone was talking about. Or Carolyn Bessette Kennedy, who proved that simplicity can be the ultimate splash.