The Many Moon Phases Of Jennifer Lopez

J.Lo is a force of nature, and we've charted the phases of her career so far. 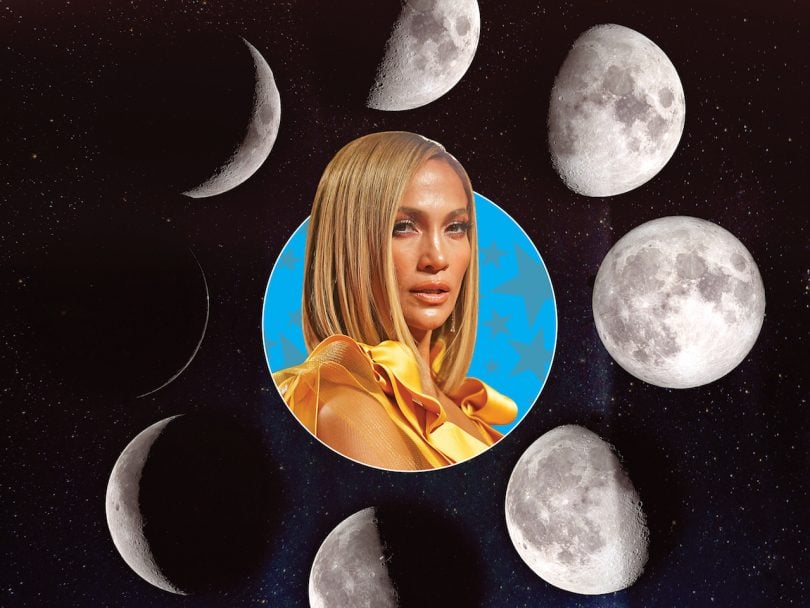 Her award-baiting role as a pole-dancing boss in Hustlers confirmed what most of us have known for ages: J.Lo is a true force of nature. To mark her next major feat—the Super Bowl halftime show with Shakira (February 2), we charted the phases of her career so far.

The Bronx-bred Lopez broke out in 1991 as a smooth-moving, Spandex-clad Fly Girl on In Living Color. Over the next decade, she’d make her mark as a dance-pop singer (On the 6) and bankable film star (Selena, Out of Sight).

J.Lo decided to aim for the A-list, rolling up to the 2000 Grammys in a precipitously plunging Versace gown. (The voracious public appetite for photos of The Dress allegedly sparked the invention of Google image search.) She scored a bunch of number 1 hits, starred in blockbuster romcoms like The Wedding Planner—oh, and got engaged to peak-leading-man-era Ben Affleck.

Not all choices are good ones. Affleck proved to be a flop of a co-star—the pair’s Gigli was so bad it immediately became parody source material—and a flop of a fiancé as well. Bennifer officially split a few days before their planned wedding, in September 2004.

Bad romance and worse reviews were excellent catalysts for a full-scale recalibration. Lopez married pal Marc Anthony, with whom she had twins in 2008, and threw herself into parenthood. Three years later, she re-emerged, triumphant, with a new record, a L’Oréal deal and a spot at the American Idol judges’ table.

Lopez turned 50 with a concert tour, reaped the benefits of her dancer pedigree by starring in (and executive-producing) Hustlers, got engaged to A.Rod and walked Versace’s runway in a revamped version of The Dress—all signs that J.Lo’s appeal is anything but waning.