Sam Taylor-Johnson’s adaptation of the book is out in December. We took a look back at the literary world's most memorable scandal. 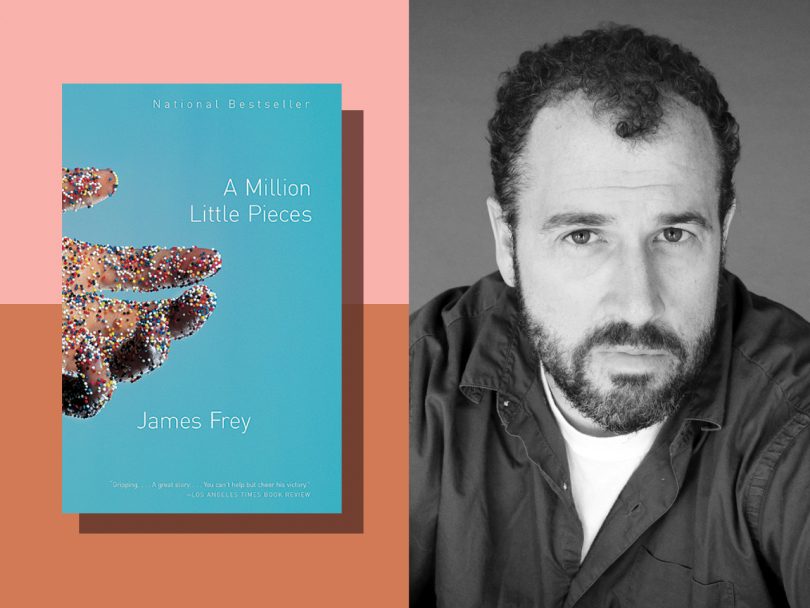 You remember Frey—he was the toast of the town who got roasted by Oprah when A Million Little Pieces was exposed as a phony. With director Sam Taylor-Johnson’s adaptation out in limited release on December 6, we took a look back at the literary world’s most memorable scandal.

1969: Frey is born. He grows up romanticizing literary bad boys like Kerouac and Bukowski. As a teen, he gets hooked on crack and meth, then lands in rehab. He gets clean and begins his career as an aspiring author.

1998: While struggling as a novelist, Frey gives screenwriting a try, penning the script for Kissing a Fool, a romcom starring David Schwimmer at the height of his Friends fame. The movie ops, and Frey turns to more serious matters.

2003: Frey’s addiction memoir, A Million Little Pieces, is released to a bunch of positive reviews. Frey is compared to both Dave Eggers and David Foster Wallace.

2005: Frey goes from buzzy to behemoth when the First Lady of Popular Lit taps AMLP for her book club. The Oprah effect is instantaneous: AMLP sells nearly 2 million copies in 2005 alone.

January 8, 2006: An investigative news site called The Smoking Gun publishes an exposé that begins: “Oprah’s been had.” It disproves key claims in Frey’s memoir; namely, that he spent 87 days in jail (it was a few hours), that he was in a car wreck that killed two women (he was not involved) and that he was beaten senseless by cops with billy clubs (nope).


January 26, 2006: Frey returns to Oprah’s show for the verbal lashing of a lifetime. “I feel like you conned us all,” she tells him in her best sanctimonious Oprah voice.

2006: Frey is a pop culture punching bag, maligned all over late night and sent up in an episode of South Park. Paparazzi hound the front (and back!) entrances of his NYC building. He moves to Paris to escape
the mob.

2018: Frey flips the script with his novel Katerina, a fictionalized version of the whole AMLP humiliation. Critics are ruthless, calling it “a million little pieces of narcissism” and another “impressive attempt at career suicide.”

2019: Sam Taylor-Johnson releases a movie based on the memoir, not the behind-the-scenes drama—which feels like a bit of a missed opportunity.