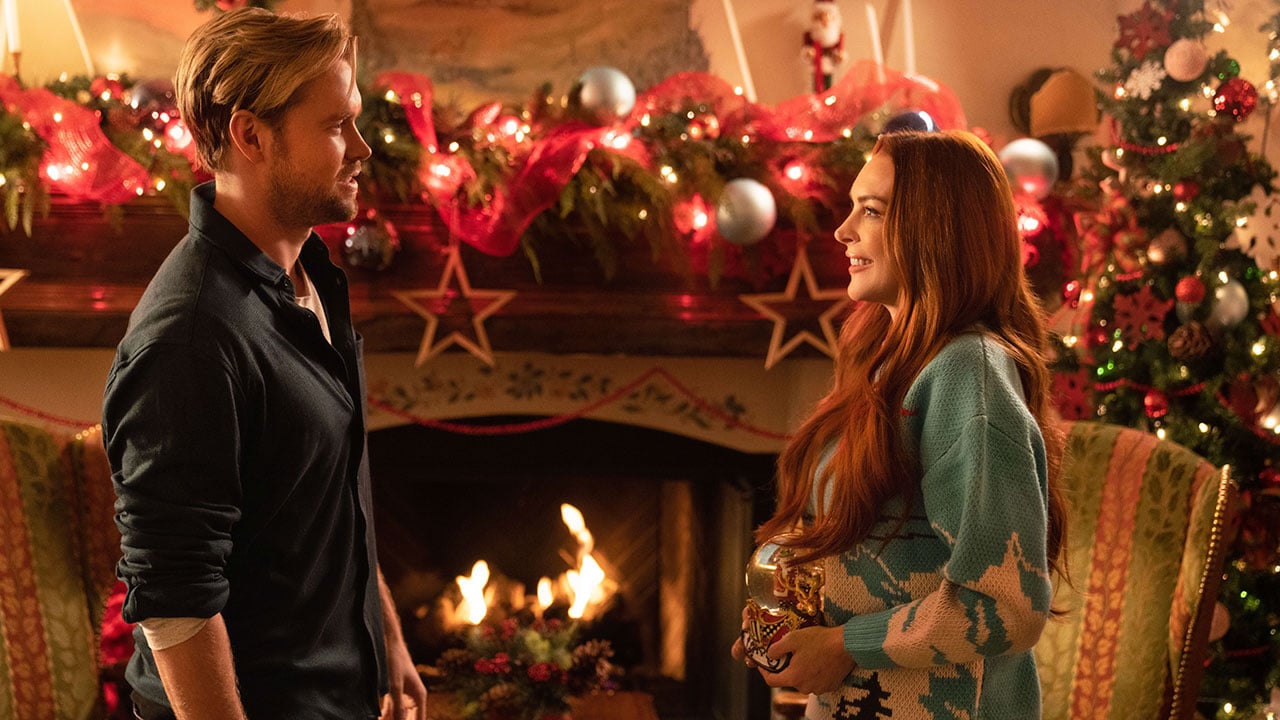 Holiday movie season is here! Bring on the fuzzy socks, hot chocolate, corny laughs and occasional tears (it’s an emotional time, no judgment). We searched through dozens of titles to land on these eight must-watch picks. There’s Lindsay Lohan in a so-bad-it’s-good romcom, Ryan Reynolds and Will Ferrell reworking A Christmas Carol, a funky new Nutcracker and more must-see holiday TV.

Lindsay Lohan returns in her first feature film since 2013, playing Sierra Belmont, a luxury hotel heiress who loses her memory after falling off a mountain during a proposal (as one does), only to fall for handsome local Jake—who conveniently owns a quaint ski lodge that needs business. This is Netflix’s first of three films with Lohan and it is peak corny holiday romcom, worth it for the nostalgia of her comic timing and glorious red mane. Out now on Netflix.

Miguel (Freddie Prinze Jr.) is a musician and single dad to 14-year-old Cristina, whose Christmas birthday wish is to meet pop star Angelina (Aimee Garcia). Angelina’s label is demanding a Christmas song and she’s feeling burnt out. Cristina posts her wish on social media, Angelina decides to grant it—and  ends up falling for the charming Miguel (and one of his songs, naturally). November 17 on Netflix.

A Christmas Story (1983), about a bespectacled boy named Ralphie who longs for a Red Ryder air rifle in 1940s Indiana, is a holiday comedy classic. Thirty years later, we meet Ralphie in the ’70s (Peter Billingsley, the original Ralphie, reprising his role), as he returns home with his own kids to visit his widowed mother for Christmas. She encourages him to make the holiday special, just like his dad, and Ralphie realizes making magic isn’t as easy as he thought. November 17 on Crave.

Part A Christmas Carol, part Scrooged, Spirited is about jerk boss Clint Briggs (Ryan Reynolds) who is so awful even the Ghosts of Christmas don’t want to save his soul. Enter Will Ferrell as a goofy Ghost of Christmas Present determined to do the job right. The power punch charm of Reynolds and Ferrell is hard to resist. November 18 on AppleTV.

The Hip Hop Nutcracker is a twist on the traditional Christmas ballet. Narrated by rap icon Rev Run from Run-DMC, the story is set in modern-day New York City as young Maria-Clara sets off on a magical holiday adventure. With exciting new choreography and costumes, it’s perfect for family movie night. November 25 on Disney+.

Beauty and the Beast: A 30th Celebration

In honour of the 30th anniversary of the Oscar-winning musical, award winning artists H.E.R. and Josh Groban take on Belle and the Beast for ABC’s annual live musical. Expect a blend of animation and live storytelling, with new musical performances, sets and costumes. Plus, Canadian icons Martin Short and Shania Twain play Lumière and Mrs. Potts! December 15 on ABC; December 16 on Disney+.

This romance has all the, uh, hallmarks we love about these types of movies—a big city gal, quaint small town, handsome doctor, holiday shenanigans. Leah, working for the World Record Bureau, is sent to a small town that plans to break all kinds of holiday records. Town doctor Devan is charming and available (as he should be). December 17 on W Network.

Craving a Hallmark Hanukkah romcom with a touch of You’ve Got Mail, co-starring ’90s alt star Lisa Loeb? Molly and Jacob work for their families’ famous delis. Their grandmothers set them up for a matchmaking service that forces them to correspond only by letter. Sparks fly. But what happens when Jacob plans to open a competing deli location down the street from Molly? December 18 on W Network.