Helen Mirren Says She Chased A Bear Away While In Quarantine 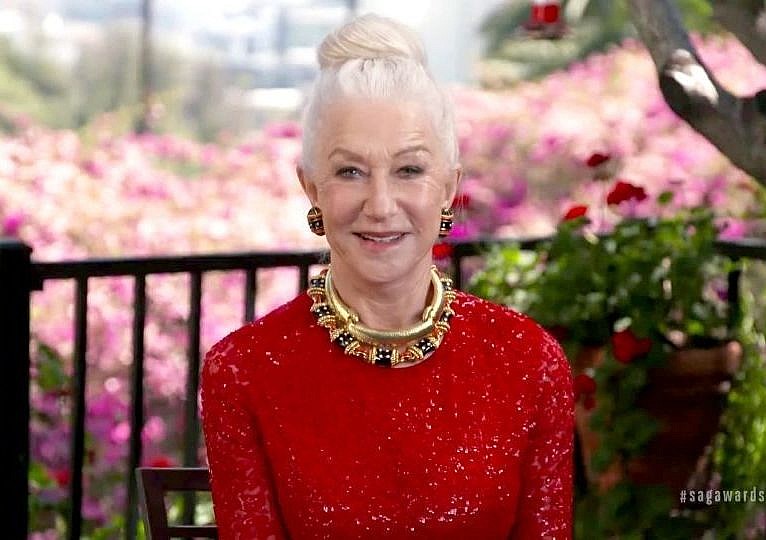 Helen Mirren is the only person to ever win the “Triple Crown of Acting” in both the United States and the United Kingdom, having captured a Tony, Emmy and Oscar stateside and a BAFTA Film Award, BAFTA Television Award and Olivier award in her home country. She might also be the only Hollywood star to ever make a bear go away simply by telling it to leave.

The 75-year-old appeared at the 2021 SAG Awards to present the Outstanding Cast in a Motion Picture prize and shared a hilarious anecdote before revealing The Trial of the Chicago 7 had won.

“I did have a bit of a meeting with a bear,” she said of her time quarantining in Nevada, saying it had visited her bird feeder.

“I was so excited to see a bear, but then, of course, you can’t allow bears to get too familiar with human beings because they are wild animals. So, I chased him away.”

Not sure we would be excited about meeting a bear, but we’re glad Helen Mirren was 😂 #sagawards pic.twitter.com/so6UYAjJtl

Bears are also known to be royal symbols, having appeared in many heralds from England to Spain from the Middle Ages to present. So, perhaps it’s not surprising the woman who has portrayed the Queen, Queen Elizabeth I and Catherine the Great had a meeting with one.

Helen’s bit at the SAGs also involved her sharing other anecdotes about animals, including riding a camel, and how chipmunks and squirrels–in addition to the bear–have also been visiting her bird feeder in Nevada.