Your favourite headline-makers as #3FictionalCharacters

In case you’ve been living under a rock lately — Brangelina are over, Hillary owned the first presidential debate and the “Describe Yourself in Three Fictional Characters” meme is the hottest social media craze since the ice bucket challenge. Since it’s more fun (and much easier) to peer into other people’s psyches, here’s a #3FictionalCharacters-style breakdown of four recent newsmakers. 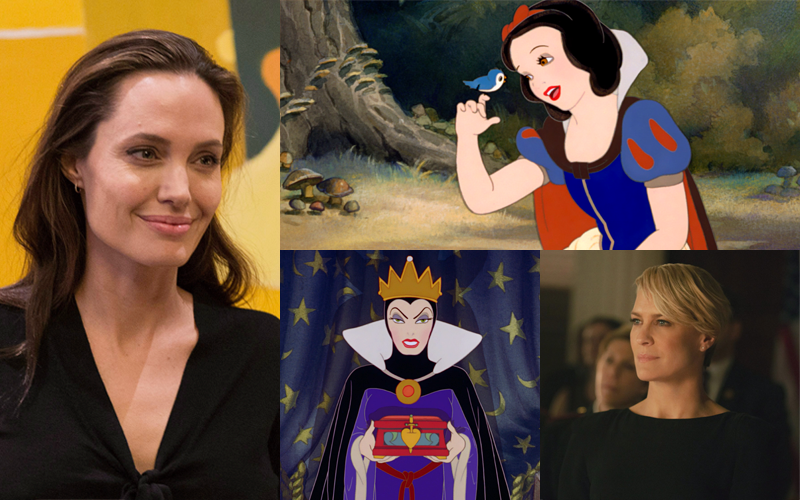 Depending on which side of the Braniston breakup you fall on, Jolie is either Snow White (saintly do-gooder who cares for multiple small people) or the Evil Queen (vain beauty who tempts unsuspecting victims with forbidden fruit). Throw in the fierce and frosty Claire Underwood from House of Cards because she’s a powerful crusader, the shrewdest of manipulators and frequently kills it in statement-making monochrome. 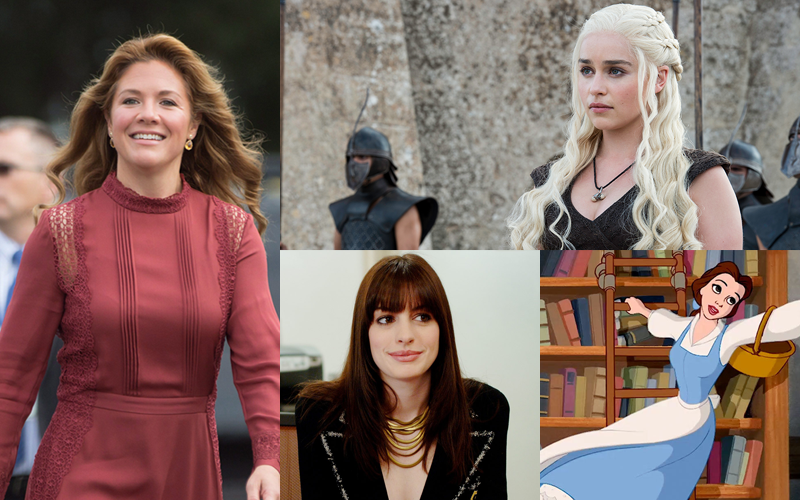 Khaleesi, the dragon queen from Game of Thrones, because the mother of three is devoted to her brood, and clearly has a thing for powerful, topless men. Andy Sachs, the beleaguered assistant from The Devil Wears Prada, due to her frumpy-to-fashion-star makeover. And finally, Belle from Beauty and the Beast because SGT is unfailingly earnest and prone to spontaneously break into song. 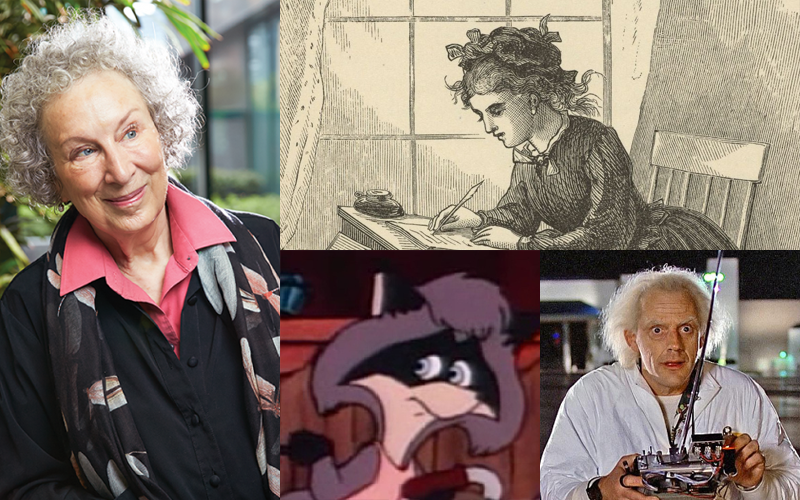 Is there a more beloved fictional literary feminist than Jo March from Little Women, the willful, wild child with a fondness for “good strong words that mean something”? Add in Melissa Raccoon from the classic Canadian cartoon The Raccoons that celebrated the environmentalist cause back before it was fashionable. And zany inventor Emmett “Doc” Brown from Back to the Future because Atwood is infatuated with all things technology and the future and her hair can sometimes get a little unruly. 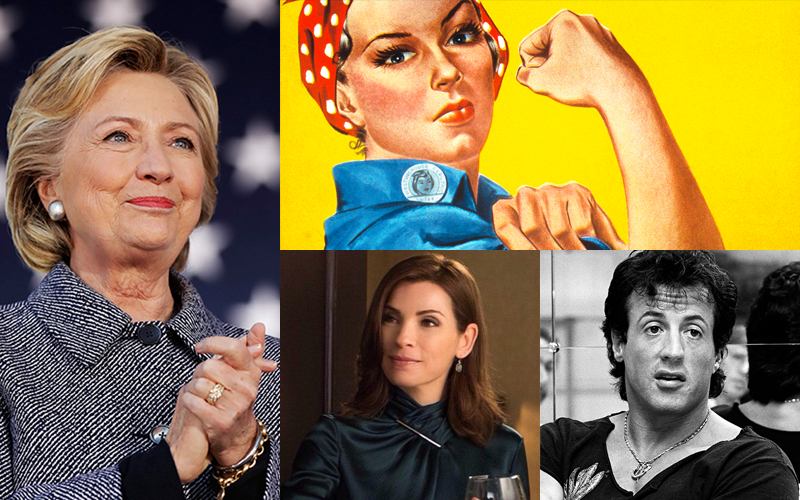 No-nonsense lawyer Alicia Florrick from The Good Wife because nothing — not even becoming enmeshed in a public scandal because of her philandering husband — could stop the former first lady from pursuing political ambitions all her own. Rosie the Riveter because HRC is an unflappable feminist icon, and Rocky Balboa because when she gets knocked down, she doesn’t blame a bad moderator or a defective microphone — she just gets back in the ring to go another round.

More:
10 aluminum-free deodorants that actually work
What the recent ‘discovery’ of a new zodiac sign really means
What to expect ‘down there’ after menopause