Why Chernobyl Is The Must-see Prestige Drama Of The Summer

Everyone is talking about this tense HBO miniseries. Here’s what you need to know. 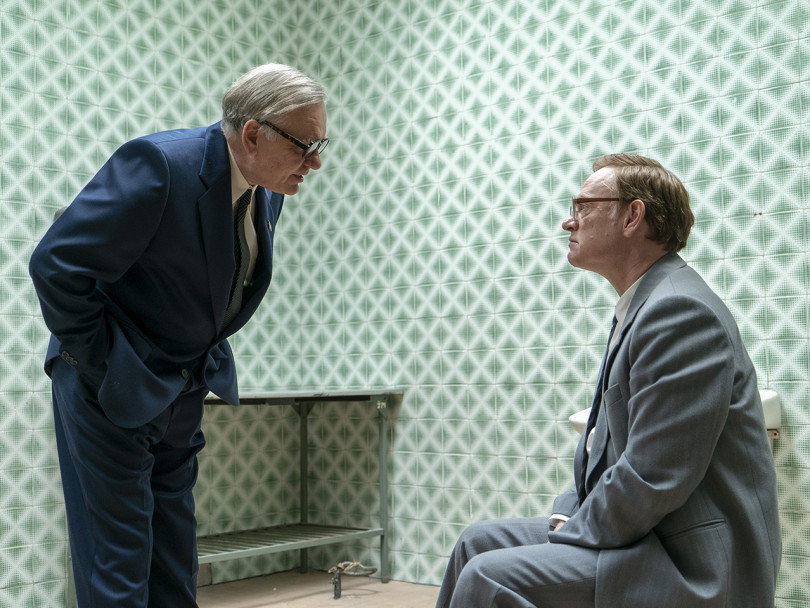 A grim miniseries about a devastating real-life nuclear disaster doesn’t sound like the must-see of Summer 2019. But it is—I swear! HBO’s Chernobyl is truly compelling TV—drama with a capital D (for disaster). The series, which is now available on Crave, checks more boxes in five episodes—History! Science! Technological disaster! The Cold War! Corruption! Love! Heroism! Cowardice! A canine cull!—than most prestige dramas do over multiple seasons.

The series centres on the April 1986 explosion of a nuclear reactor at the Chernobyl nuclear power station in northern Ukraine, then a republic within the former Soviet Union, and dramatizes the era’s culture of suspicion, terror and secrecy. The result of an ill-advised safety test, the explosion remains the world’s worst nuclear catastrophe. Scientists weren’t quite sure how to react, and in attempting to put out the fire almost turned the reactor into something even more dangerous and deadly. (I won’t spoil it for you, but it’s a doozy.)

The explosion released an unparalleled amount of radiation and radioactive material into the air—some of which travelled on the wind as far as Scandinavia. The immediate aftermath saw the evacuation of more than 116,000 people in surrounding areas. The town of Pripyat, still radioactive, remains permanently off-limits. Officially, 31 people died as a direct result, but there’s speculation that it’s also responsible for a spike in cancer that claimed many thousands more. Three decades later, it remains a threat to public health. In 2017, an enormous 32-ton steel arch was constructed to cover what remains of reactor No. 4. The cost of the arch ($1.5 billion) was funded by donations from 30 nations. According to former Soviet leader Mikhail Gorbachev, the disaster was one of the primary factors behind the collapse of the U.S.S.R.

Do I need to know how a nuclear reactor works?

Don’t worry: by the end of this show, you will. The scope of my knowledge in this area had been limited to Simpsons episodes that depicted Homer at work, so I felt well served by a scene in Chernobyl in which one character asks, ‘how does a nuclear reactor work?’ and receives not just a simple answer but a simple diagram too.

In a weird way, the series works as a sort of workplace drama—a Soviet-era The Office minus the jokes, and with the stupidity stakes raised to universe-altering levels. If you’ve ever worked in an abusive environment headed by arrogant management that has no idea what they’re doing and yet insists they do and insist you do as they say regardless…well, let’s just say, certain scenes will resonate. 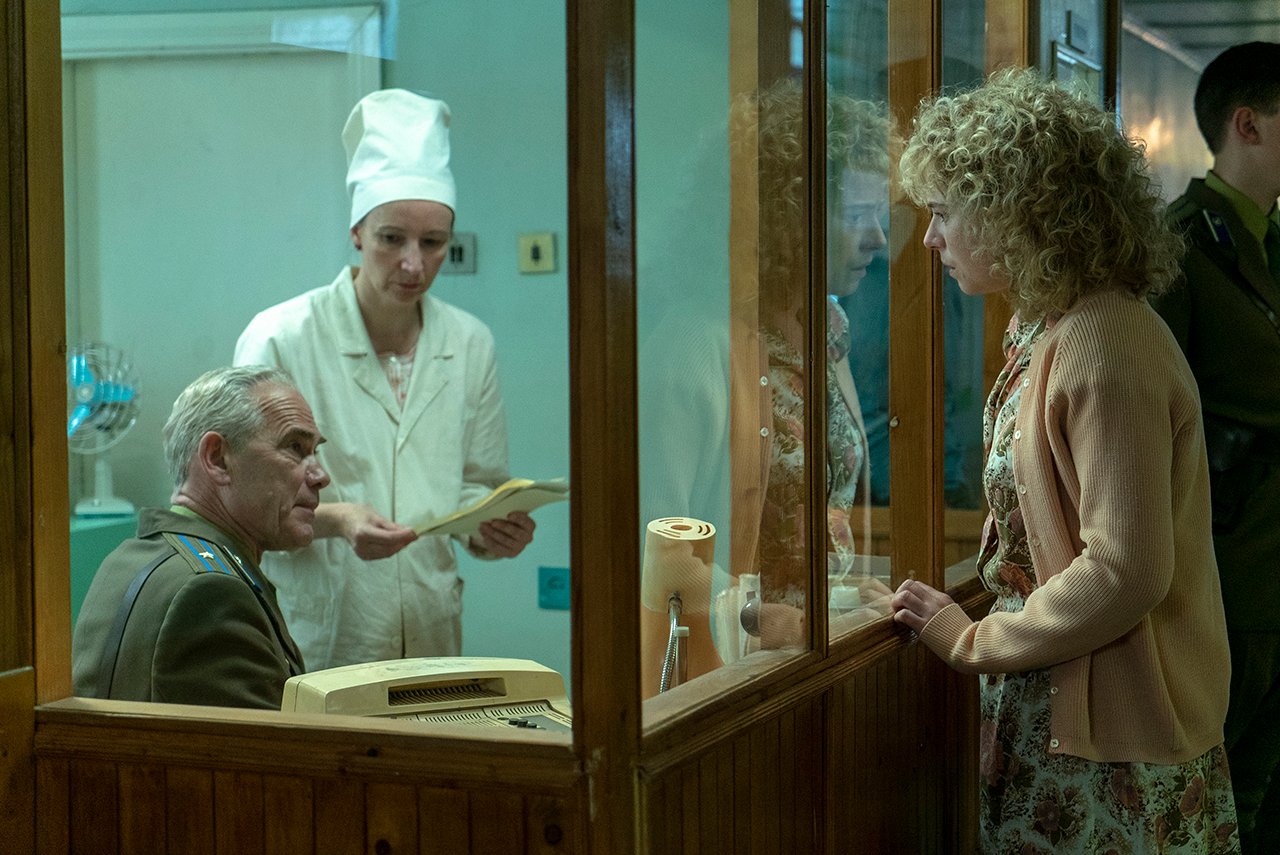 Wait—why do all these Russians have British accents?

A joint production of HBO and Sky UK, the series is chock full of fantastic British character actors. Jared Harris (you might know him from AMC’s The Terror), the series’ star, plays the distressed nuclear scientist Valery Legasov, frowning behind heavy glasses with an aching gloom. Emily Watson plays his right-hand woman and nagging conscience, nuclear scientist Ulana Khomyuk (she’s so focused and determined, I swear she doesn’t blink once). And lone Swede Stellan Skarsgard gives a gruffly moving performance as the Communist Party man put in charge of handling the disaster for the state. Everyone is great, but the series is stolen by the heartbreakingly raw performance by Jessie Buckley as the pregnant wife of a firefighter dispatched to battle the radioactive blaze.

Chernobyl is intense. Harrowing at times. Episodes graphically depict the physical pain caused by exposure to radiation, and they can be hard to watch. For that reason, you may want to spread your time watching the show over a few days, instead of a binge.

Why are people complaining that a lot of it is fake?

It’s true the series makes a few leaps of fancy, including the wholesale creation of Watson’s character Ulana Khomyuk (I was very bummed when I learned that). And Legasov wasn’t the heroic whistleblower of Chernobyl—his real-life character arc is both darker and more complex. If you want to learn more about what really happened, I recommend finding a copy of Midnight at Chernobyl by Adam Higginbotham. Reading about the event will only enrich your understanding—and give you an appreciation for how TV writers re-shape real-life events into drama.