It will be the Sussexes' first interview since they announced they would step down from their senior royal roles. 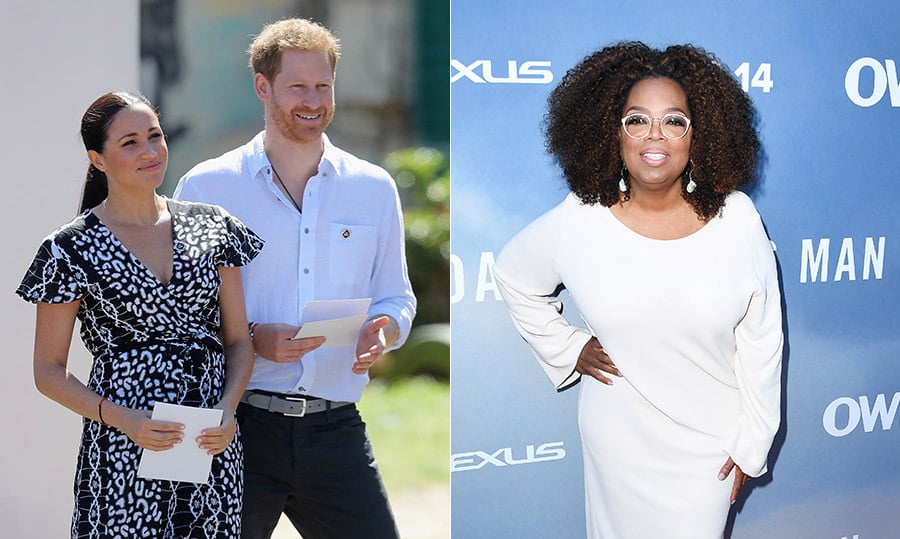 Duchess Meghan and Prince Harry had a Valentine’s Day to remember when they announced they were expecting a baby, who will be Archie’s sibling. A day after the revelation, CBS has announced Oprah Winfrey will interview the Duke and Duchess of Sussex in a special 90-minute conversation that will air March 7.

The landmark interview will be the Sussexes’ first since they made they announced in January 2020 they would step down from their senior royal roles. The conversation will be broadcast nearly a year after their final engagement as senior royals, which was the March 9, 2020 Commonwealth Day service at Westminster Abbey.

Since then, Harry, Meghan and Archie have relocated to Santa Barbara, Calif., where they bought their first home together. They now happen to live very close to Oprah.

In a statement, CBS revealed Meghan will speak to Oprah about several topics first, and then the couple will be interviewed together.

“Winfrey will speak with Meghan, The Duchess of Sussex, in a wide-ranging interview, covering everything from stepping into life as a royal, marriage, motherhood, philanthropic work to how she is handling life under intense public pressure,” the statement read.

“Later, the two are joined by Prince Harry as they speak about their move to the United States and their future hopes and dreams for their expanding family.”

Harry and Meghan are close with Oprah. She attended their 2018 royal wedding, and appeared to give Archie some books for his first birthday. The TV host has also spoken out in support of the duke and duchess and is reportedly collaborating with Harry on a mental health series for Apple TV+. The Sussexes are also represented by the same speaking agency as Oprah.

The proud parents shared a beautiful black-and-white portrait to correspond to the announcement featuring Meghan lying down with her head in her husband’s lap.

The news comes a few months after the former actress revealed in a moving essay for The New York Times that she had suffered a miscarriage in July 2020.