Did Gwyneth Paltrow Just Get Married In A Secret Ceremony? Let's Look At The Evidence

A star-studded party and some ring-finger bling have the gossip mill working overtime. 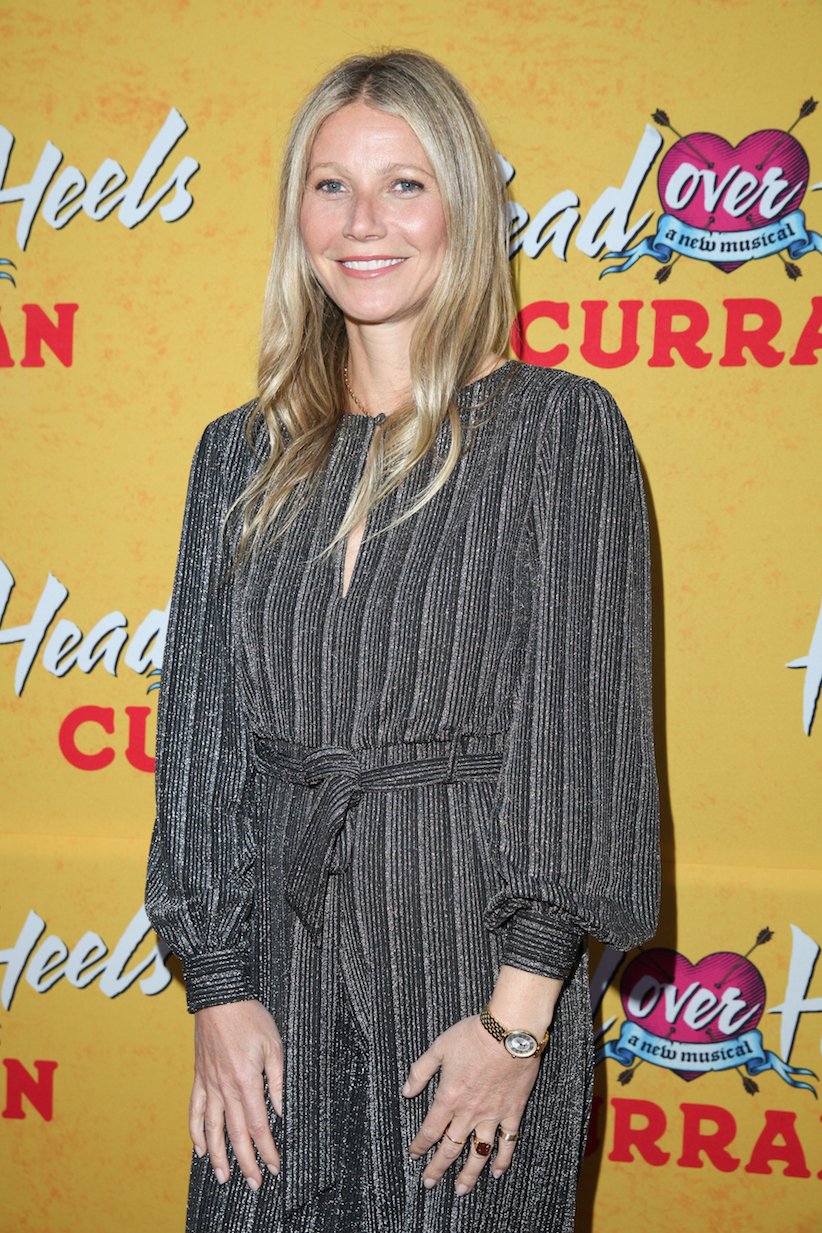 Did Gwyneth Paltrow get married in a super-secret (celebrity-packed) wedding ceremony over the weekend? That’s what people are saying based on some compelling evidence (including some notable ring-finger bling). But is this true or just a classic Paltrow-ian ploy for attention? Let’s investigate.

Wait — Gwyneth got married? I didn’t even know she was engaged.

Where in Goop have you been??? Not too long after consciously uncoupling from Chris Martin back in 2014, everyone’s favourite cleanse evangelist found love with her current fiancé (slash possible husband) Brad Falchuk. The couple went public with their romance in the spring of 2015. According to People mag, they first met back when Gwyneth did a multi-episode guest spot on Glee, which Falchuk produces.

Who is this Brad Falchuk exactly?

The 47-year-old writer/director/producer may not be as famous as the last Brad Gwyneth dated, but he is a big-time Hollywood honcho, having created shows like Glee, American Horror Story and Scream Queens. His net worth is estimated at $20-million (like you didn’t want to know), and he, like Gwyn, has two children from a previous marriage.

When did Gwyneth and Brad get engaged?

Bryneth 2.0 announced their plans to wed like most people do — on the cover of the “Sex & Love” issue of Goop magazine. In an interview inside the mag, Paltrow explained her decision to give marriage another try, saying: “Personally, at midlife, I have tried to accept how complex romantic love can be. I have decided to give it a go again, not only because I believe I have found the man I was meant to be with, but because I have accepted the soul-stretching, pattern-breaking opportunities that (terrifyingly) are made possible by intimacy.”

What on earth does that mean?

Absolutely no clue. More important than her typical gobbledy-goop are the comments Paltrow made to People magazine following her engagement, explaining how she was excited to be planning her “first wedding,” given that she and Martin had eloped. She said this time around she was having a great time discussing plans for her bridal moment with her girlfriends. Translation: It’s going to be a big one.

So what happened over the weekend?

Well isn’t that the million dollar dilemma. While the nature of the big event remains unconfirmed, we do know that on Saturday night Gwyneth and Brad were the guests of honour at a 400-person, black tie, star-studded extrava—

We’re talking Oscars meets Met Gala meets P-Diddy White Party circa 2004: Witherspoon, Aniston, Diaz, Roberts, Hudson, Spielberg and Moore (as in Demi) showed up to celebrate Brad and Gwyneth at a blowout thrown by Ryan Murphy (the TV powerhouse and Falchuk’s producing partner) at the Los Angeles Theatre, where the marquee read, “GP loves BF” on one side and, “BF loves GP” on the other. What’s unclear is whether said blowout was an engagement party or a secret wedding…. or an engagement party planned to spark rumours of a secret wedding.

Thank you @mrrpmurphy for the most incredible evening to celebrate our ❤️. There will never be adequate words to express our gratitude. @giambattistavalliparis I will never get over my gorgeous dress. @georgieeisdell thank you. @hairbylorenzomartin thank you. @teamsaltzman thank you. Thank you to all of our amazing true and dear friends who came to support us. We feel like the luckiest people on the planet because we have all of you in our lives. And most of all thank you @bradfalchuk for the true happiness.

Why do you say that?

Because Gwyneth being Gwyneth, is well aware of the reasons people might think this is a wedding (reasons we’ll go over in a sec), and while this gushy, loved-up Instagram post would have been a perfect opportunity to clarify the nature of the party, she instead decided to describe the night as a celebration of [heart emoji], which smacks of deliberate ambiguity.

OK, but a heart emoji is hardly proof positive of a wedding. What else you got?

First, we have the lavish party itself, seen in the context of Gwyneth’s comments about wanting to do the full-on wedding this time around. An over the top engagement celebration and an over the top wedding seems, well, over the top — even for Gwyneth. She can hardly expect Reese and Jen and Steven, etc. to clear two nights on their busy calendars. Oh, and then there’s the hen party.

On Friday, Gwyneth and a bunch of her gal pals jetted off the glamorous Costa Palmas Four Seasons in Mexico. And thanks to Instagram, we got to go along for the ride (at least part of it). Here’s a snap of the group (note Stella McCartney in black. Not pictured: Cameron Diaz, who hosted the getaway). The reason this points to a secret wedding is because traditionally speaking, the bachelorette celebration is supposed to be a sendoff from single life (hence all the penis paraphernalia) and usually comes shortly before the wedding.

That’s true. But didn’t Gwyneth wear a maroon dress to the party on Saturday? Not exactly bridal.

She did indeed wear an oxblood ensemble by Giambattista Valli, but (big but here), that may not have been her only outfit of the night. If there is a smoking gun in this case, it’s this photo of Blythe Danner (Gwyn’s mom) leaving the party on Saturday with a Monique Lhullier garment bag. Lhullier is a celebrity-friendly bridal designer. And it makes sense that mom would take the dress home for safe keeping, while the bride stayed to party into the night, right?

Right. Didn’t you say something about a ring?

Yes! The final piece of evidence emerged last night, when Gwyn showed up on a red carpet in San Francisco wearing some conspicuous bling on a notable finger. Even thought the ring in question — a signet style gold band baring Falchuk’s initials — is not definitively a wedding band, multiple media outlets are taking it as proof positive of a recent “I do.” Which would make sense … if it weren’t for this Insta picture that shows Gwyn wearing the same ring several months ago.

So it wasn’t a wedding, then?

More like it isn’t a wedding ring. Or maybe it is. Maybe Gwyn is starting a new trend here, or maybe her giant diamond is in safe keeping at mom’s house along with her wedding dress. The only thing we can say for sure is that you don’t show up on a red carpet wearing a maybe-wedding-ring in the midst of a secret wedding drama by accident. Clearly Gwyneth is loving the PR gift of this are-the-or-aren’t they drama as much as we are. Which is great — because celebrity brides can be so hard to shop for.