From Kesha's powerful performance of "Praying" to a major lack of female winners, here's what you missed. 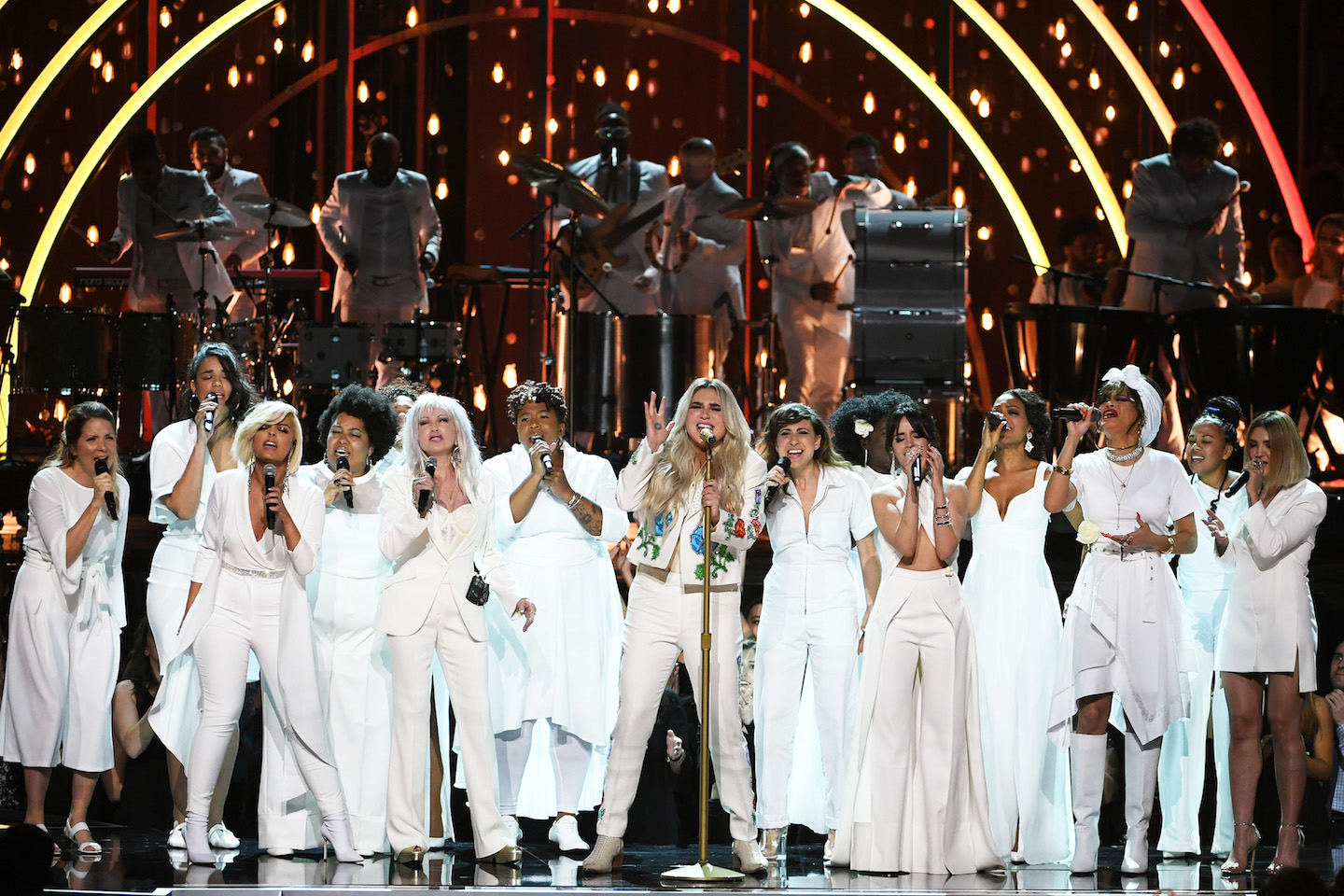 For years, the Grammys — more than perhaps many other awards show, somehow — has been criticized for being too, well, meh. (Remember last year, when Adele won over Beyoncé’s Lemonade?) It seemed whoever was in charge this year (Beyoncé?) took note of the waves of activism thrashing nearby Hollywood, because the night’s spectacle was a more lively — if still imperfect — improvement on Grammys past. Here are the evening’s highs, lows and complete head-scratchers. 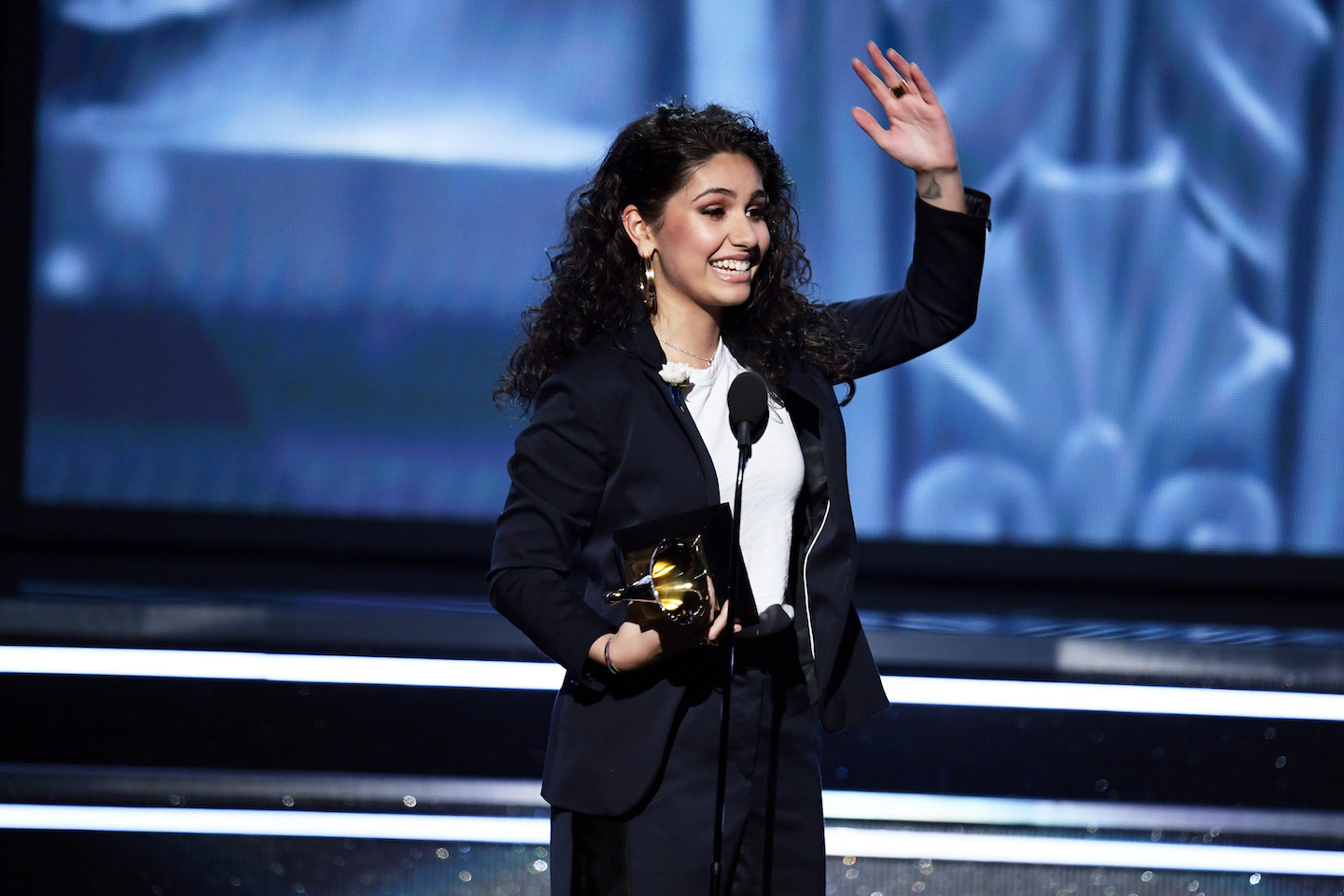 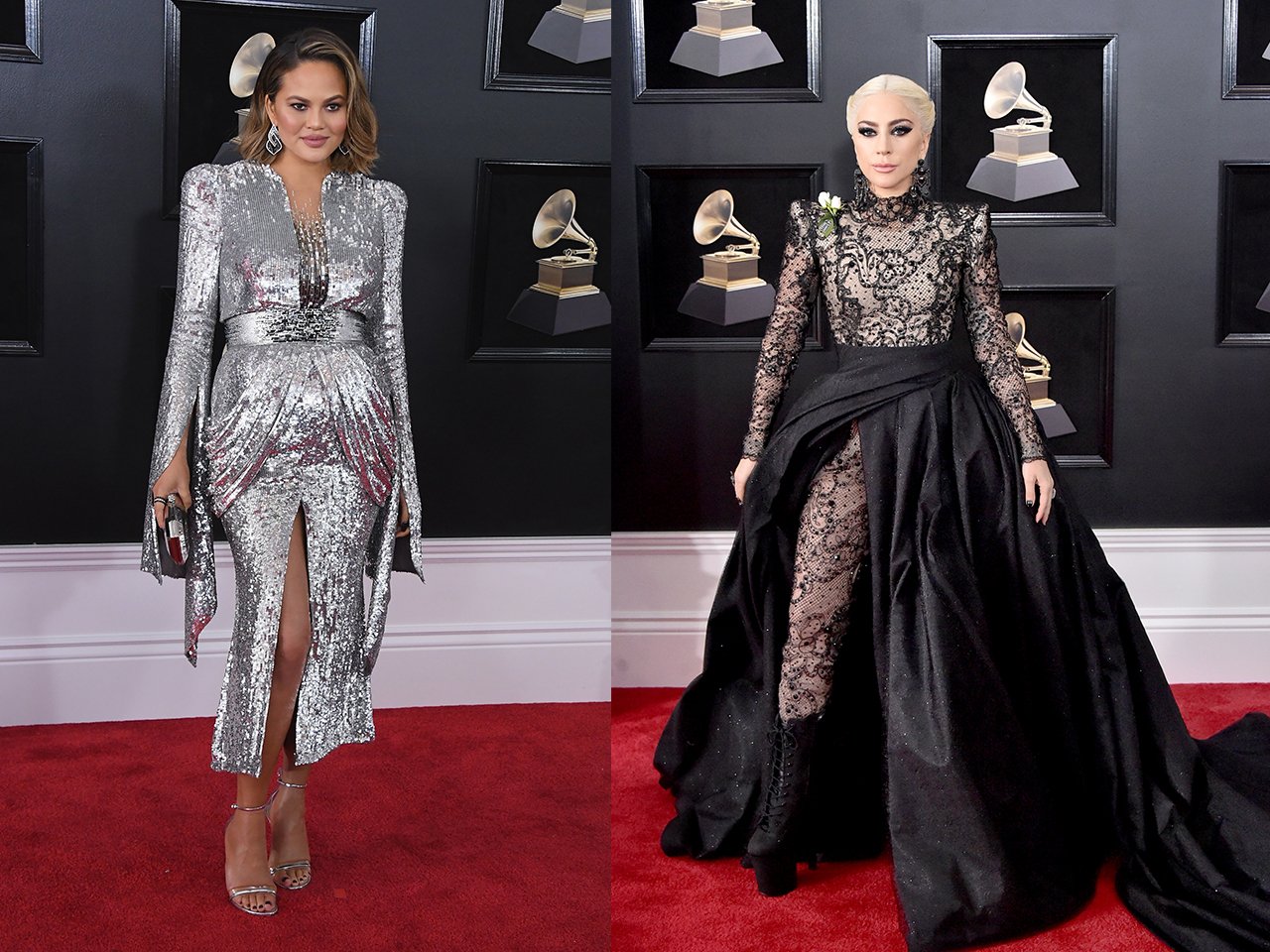 The Most Noteworthy Red Carpet Looks From The Grammys The fresh-faced, 21-year-old pride of Brampton, Ont. (sorry, Jagmeet!) accepted the trophy for Best New Artist in classy Canadian style, saying she hoped to “encourage everyone to support real music and real artists— because everyone deserves a shot.” Later in the broadcast, Cara gave an impassioned assist on rapper Logic’s message of solidarity to suicide survivors, “1-800-273-8255.” Yes, Alessia! Yes.

LOW: Alessia Cara was the only woman to win a major award

What the hell, Grammys? The lack of female winners leads to the hashtag #GrammysSoMale on social media.

HIGH: A cry-fest, courtesy of Kesha

Introduced by a rousing speech by Time’s Up campaigner Janelle Monae (“We come in peace, but we mean business”) and flanked by a chorus of female artists dressed in white, a clearly emotional Kesha belted “Praying,” a song written in reference to producer Dr. Luke, who she alleged sexually abused her throughout their co-writing career. (The producer has denied the claims.)

Known to symbolize peace and resistance, the flower acted as a live, leafy nod to Time’s Up, and was sported by some (but not all) Grammy attendees: Cyndi Lauper, Rita Ora, Miley Cyrus and Lady Gaga, a survivor of sexual assault herself, to name a few. Some men (we see you, Sam Smith), showed their solidarity as well. 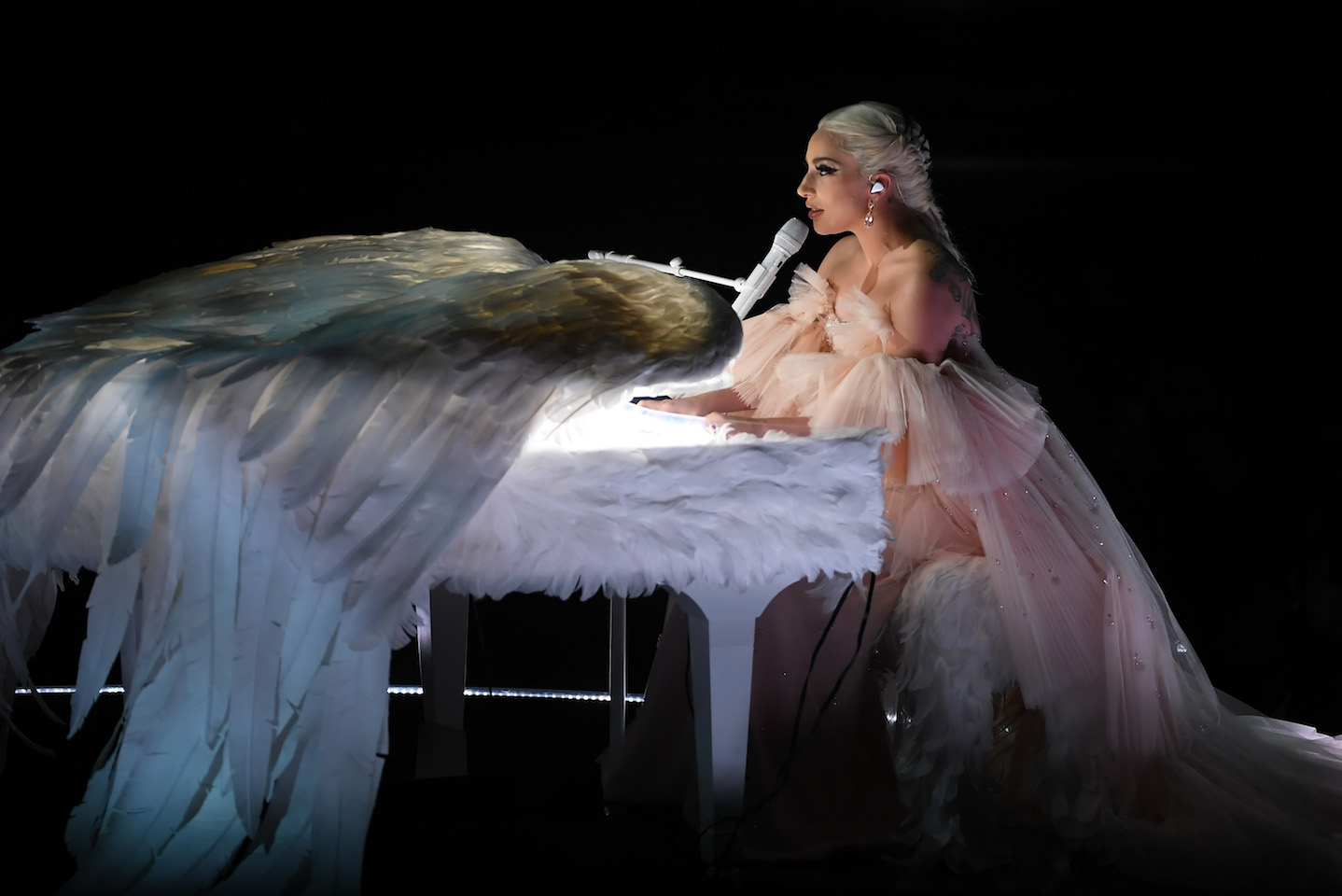 Not her voice this time, but a winged piano. Low: The wings didn’t flap.

Every year, nominees for Album of the Year give individual performances during the telecast — unless you’re Lorde. Instead of being offered a solo stage slot like her fellow male nominees Childish Gambino, Bruno Mars (who later took the trophy), Kendrick Lamar and Jay-Z (who declined the offer), the Kiwi songstress was only offered stage time in a group. Not a great look, Grammys! 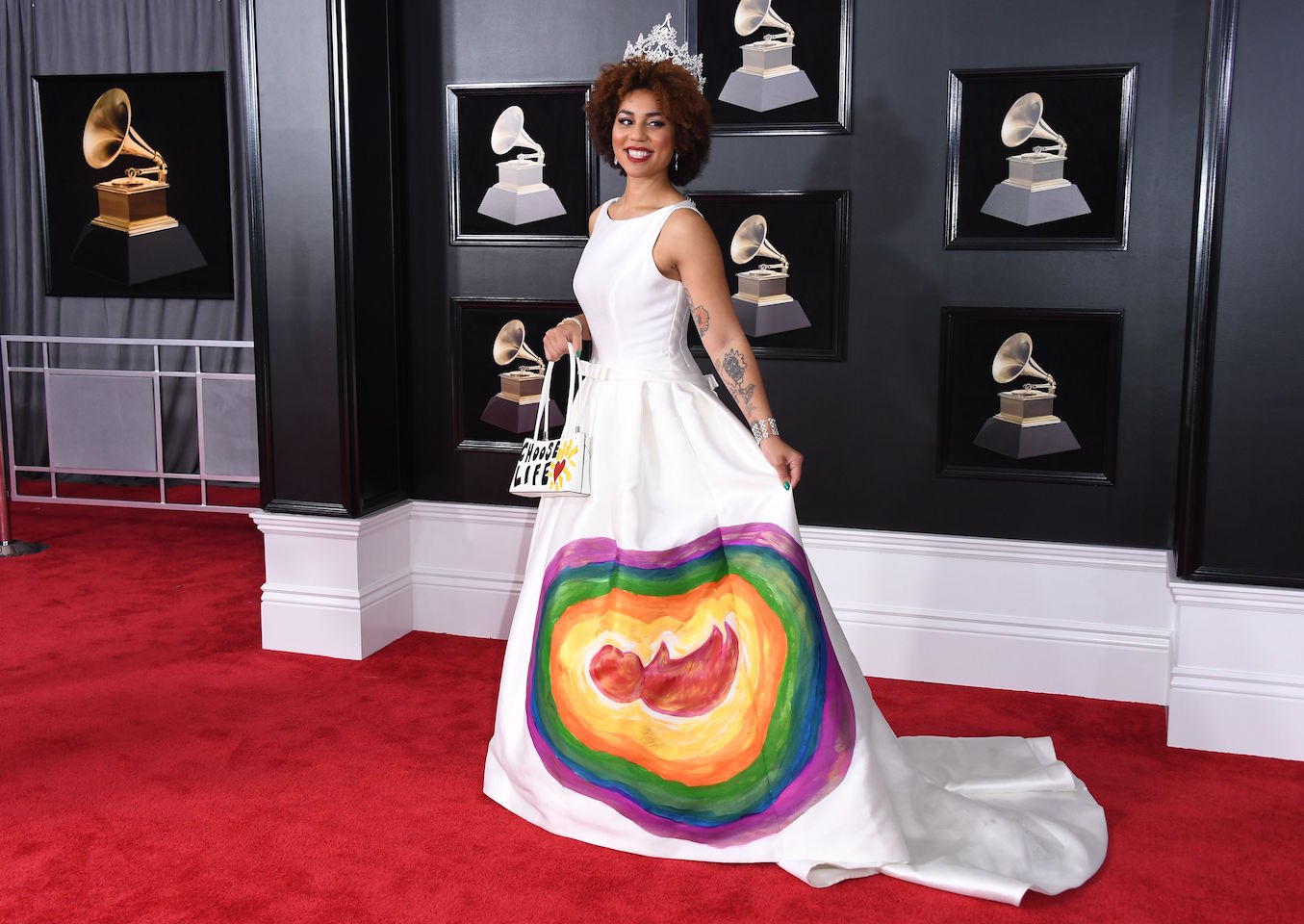 And we do mean statement. Fresh off last year’s Grammys red carpet, where she donned an apron-esque “Make America Great Again” dress, Joy Villa made yet another political statement in blazing white. The 26-year-old singer showed up wearing a wedding dress hand-painted (by Villa) with the image of a fetus surrounded by a rainbow. Naturally, Villa chose to pair her frock with a matchy-matchy purse that read “choose life.” There was also a (presumably pro-life) tiara.

Wearing just jeans and a white, off-the-shoulder tee (as opposed to flipping from the rafters in a sparkly bodysuit), Pink delivered a stirring rendition of her record “Wild Hearts Can’t Be Broken” off her 2017 album Beautiful Trauma. The performance was emotional and accessible: In place of her usual backup troupe, the singer was only joined by a sign-language interpreter, also dressed down in denim. 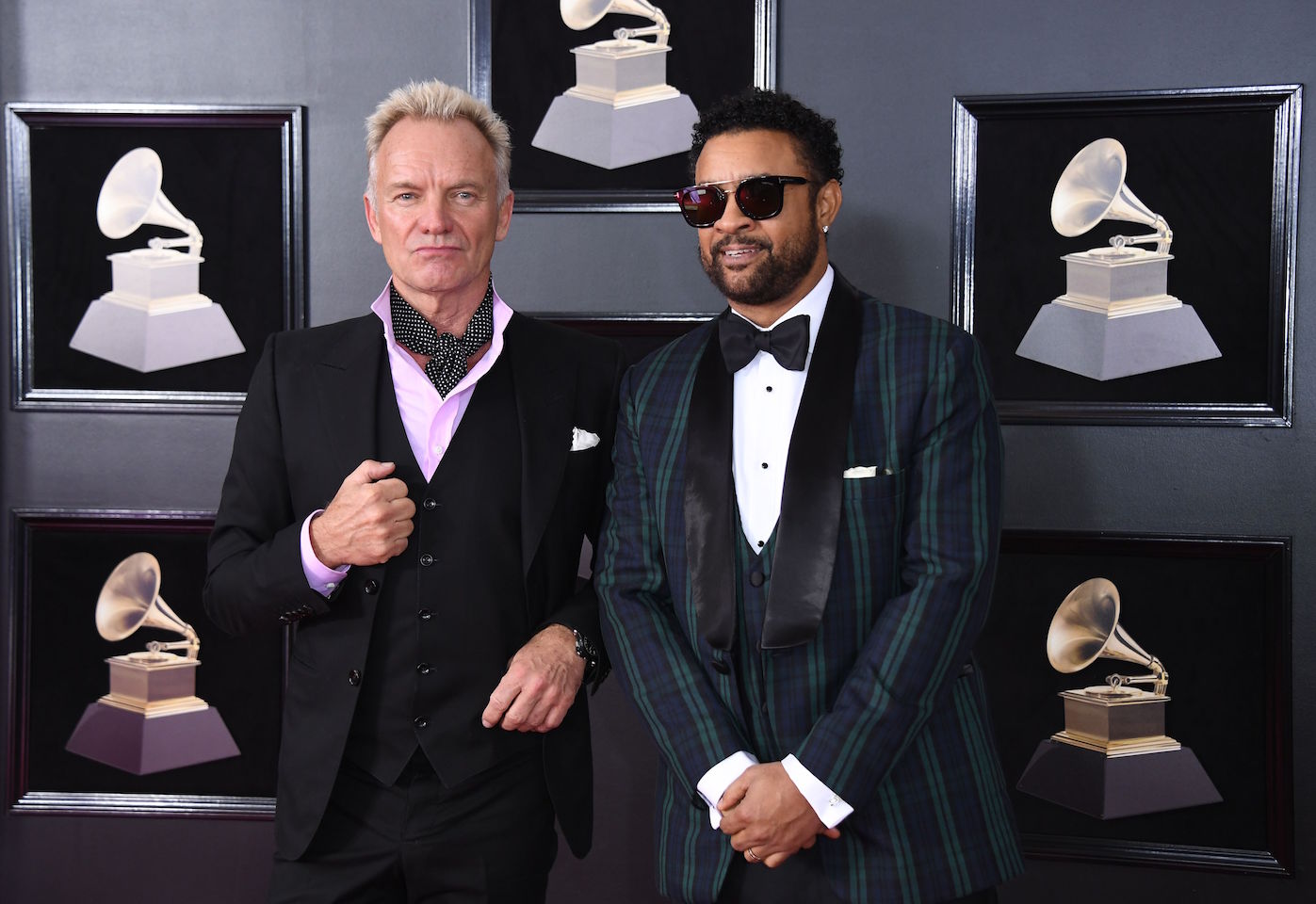 HIGH: Shaggy and Sting are a thing

Today in Collaborations You Didn’t Know You Needed: Shaggy and Sting graced Sunday’s carpet with the long-overdue news that they’ve recorded a “Caribbean-infused record” set for release in late April. The two performed together and put a New York Subway spin on host James Corden’s very popular Carpool Karaoke segment later in the show. If you want to know where music’s most hilarious meet-cute took place, Sting spilled the beans to CityTV’s Tracy Moore: “Tinder.”