Golden Globes 2015: Amy and Tina's best jokes of the night

In their last year hosting the Golden Globes, the comedy duo pulled no punches. Here are their best jabs. 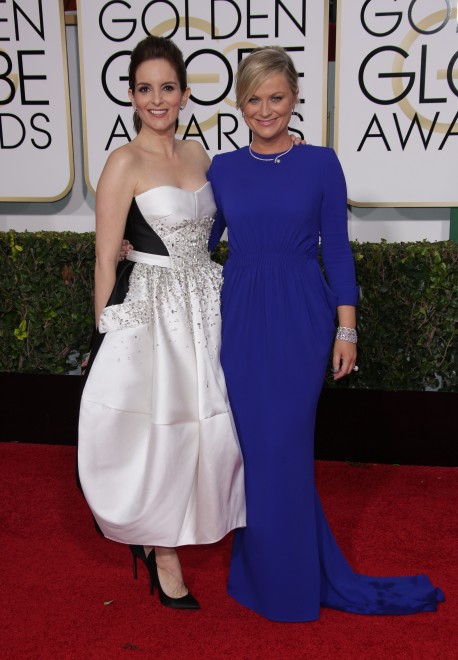 On Reese Witherspoon: “Reese was so great in the movie Wild. She did all of her own walking. And Andy Serkis was great as her backpack.”

On Boyhood: “Boyhood proves that there are still great roles for women over 40 — as long as you get hired when you’re under 40.”

On Jennifer Anniston’s movie Cake: “We should explain to all the Hollywood people in the room, cake is like a fluffy dessert that people eat on their birthdays. And birthdays are a thing that people celebrate when they admit that they have aged.”

On Wes Anderson: “Wes Anderson is here tonight for the film The Grand Budapest Hotel. Per usual, Wes arrived on a bicycle made out of antique tuba parts.”

On George Clooney: “George Clooney married Amal Alamuddin this year. Amal is a human rights lawyer, who worked on the Enron case, was an advisor to Kofi Annan regarding Syria, and was selected for a three-person UN commission regarding rules-of-war violations in the Gaza Strip. So tonight, her husband is getting a lifetime achievement award.”

On The Theory of Everything: “It combines the two things audiences love, crippling nerve disease and super-complicated math.”

On Selma: “In the 1960s, thousands of black people came together with one common goal — to form Sly and the Family Stone. But the movie Selma is about the American civil rights movement that totally worked and now everything’s fine.”