The creator of the popular podcast (that has up to 200,000 listeners a week) explains why the TV show continues to capture the hearts of so many women — and men. 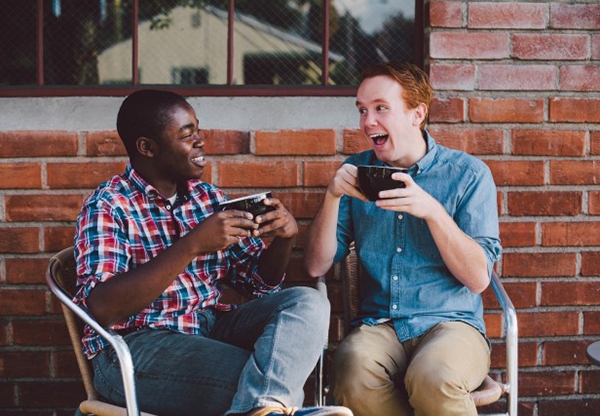 Kevin Porter always wanted to launch a podcast but struggled to come up with a compelling theme — that is, until Netflix announced in 2014 that the company had picked up the streaming rights for Gilmore Girls. The TV series had a cult following in the early 2000s for its razor-sharp writing, witty cultural references and the enviable relationship between Lorelai and Rory, a mother-daughter duo like no other. Longtime fan Porter launched a podcast called Gilmore Guys, co-hosting with fellow TV geek Demi Adejuyigbe, writer for NBC sitcom The Good Place. While Porter had seen every episode, Adejuyigbe hadn’t seen any until agreeing to dissect each one for three hours every week — all seven seasons worth. Since then, they’ve recorded 211 (and counting) episodes of the podcast, analyzing the show with help from special guests (including Stars Hollow residents themselves like Milo Ventimiglia, Scott Patterson and Kelly Bishop). The result is both hilarious, witty and surprisingly smart. Last week, they finished the series finale in anticipation for the show’s revival, four mega-episodes available for streaming on Netflix this Friday, Nov. 25.

Chatelaine spoke (and laughed a lot) with Porter about the much anticipated revival, who he wants Rory to end up with and why so many men love this show just as much as women.

Related: 7 things I want to see in a Gilmore Girls revival

I know a handful of men who love the show just as much as their moms. Why do you think this show is as appealing to men as it is to women?

Once you get over the weird marketing gloss [directed at women], you realize it’s not really [just for women] at all. It doesn’t seem to be a male, female thing. Especially now, the gender binary appeal of a television show doesn’t really seem to exist. There are not a lot of shows now where it’s like, “wait, you’re a guy and you watch that?” I can’t really think of anything — everything seems to be for everyone now. Whether it is something more soapy like Gossip Girl or Girls on HBO, there’s no stigma attached to those in the way there was to [Gilmore Girls]. I think it had to do with being a product of that particular time in the early 2000s, and the WB just completely screwing up the marketing of the show.

What do you love about the show and what was your relationship to it growing up?

The thing for me that was so interesting was all the relational dynamics with the grandparents. Even at a young age I was like, “well, this is really fun and funny!” Even looking at it through the lens of nostalgia, I think it’s a show that ages pretty well and it’s something that you can grow up with, and it can mean different things for you at different times in your life. I didn’t really care about the boyfriends or much of the romance stuff. For me, the family stuff and the dynamics between the four Gilmores were the most compelling things about the show.

Related: Gilmore Girls fans get a taste of Stars Hollow

What do you hope happens in the revival episodes?

I don’t know! I just hope they don’t suck. I mean honestly, revivals suck, they always suck. They’ve never not sucked. We just need to stare that truth in the face. X-Files bummed everyone out, Arrested Development season four bummed everyone out, Twin Peaks next year, maybe it will be a miracle, but it will probably bum some people out. So with Gilmore Girls the odds are in the favour of it being disappointing. No one’s made a revival under these circumstances in which the creator of the show didn’t get to end it, and now she does. That definitely separates Gilmore Girls from the rest of these reboots and hopefully that will make all the difference.

So you don’t care about who Rory ends up with?

No! The Jess, Dean, Logan stuff — forget it! I want to see them all, but I don’t want Rory to end up with one.

You don’t?! You just want her to ride solo?

I want her to ride solo. I’d be fine if she was with a different guy. If she was with a black guy it’d be like, “Hey mom, turns out we’re not racist and there are African-American men in Stars Hollow and in Connecticut.”

Do you have any special plans to watch the revival?

No, and it’s been a big point of stress in my life because it’s very special, and it’s a very loaded television watching experience, probably more than any other that I’ve ever had in my life. I don’t know where I’m watching it, who I’m watching it with or if I’m even going to watch it with other people.

So, to be decided?

TBD, but I’ll probably have a bowl of popcorn and a dog with me.

I was just going to ask what your snacks of choice are when watching the show.

Maybe popcorn. Popcorn leaves the least amount of crap on your hands, as far as snack stuff goes. Pita chips and hummus are good, but I feel like the [junk food-loving] Gilmores would throw hummus in the garbage.

Do you have plans for an epic podcast episode after the show is online?

How do you feel about it ending?

Bittersweet. It’s very sad to say goodbye to this part of my life, something that’s been so fun and brought nothing but joy to me and hopefully to people that listened to it. But the other side of that isasking ourselves how many more joke premises can we get from how weird Dean’s hair looks in season one. At this point, we’ve recorded 371 hours of [Gilmore Guys] so maybe it’s okay for certain things to come to an end.